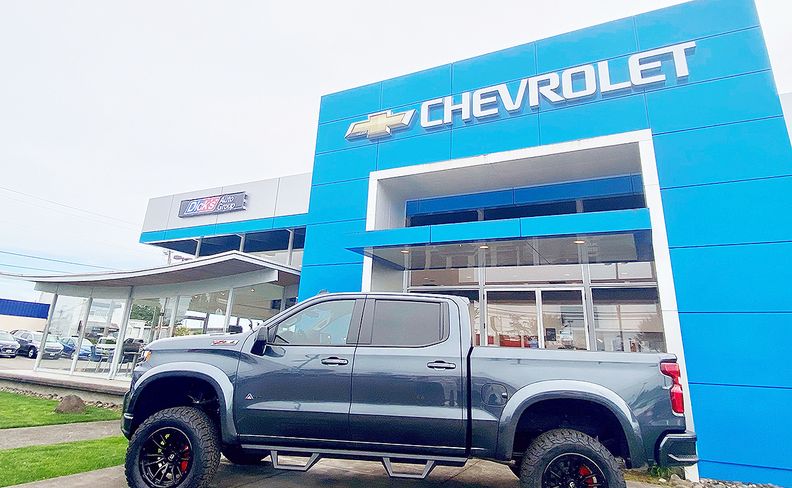 Scott Inukai said adding the Chevrolet dealership complements the rest of the group’s franchises. Dick’s Auto now has brands from each of the Detroit 3 automakers and Chevrolet gives the group another lineup of pickups to sell. The group also owns a Honda store and a Hyundai store.

“It fits well with our auto group,” Scott Inukai said. “We have a Ford store, a Chrysler-Jeep-Dodge-[Ram] store and now a Chevy store, so all the trucks. We’re definitely a truck town and a truck auto group.”

The acquisition is the group’s first expansion since 2013 when it bought Honda and Hyundai stores from Larry H. Miller Dealerships. All of the group’s dealerships are located in Hillsboro, west of Portland.

“It’s not the first deal we’ve looked at,” Shannon Inukai-Cuffee said. “We’ve looked at a number of them, but it needed to make sense and this one just totally made sense. This dealership is a stone’s throw away from two of our other locations. It will help us to manage it easily that way.”

Dick’s Auto was founded in 1985 when the siblings’ father, Richard “Dick” Inukai, acquired a Dodge dealership. With a partner, he later acquired a Ford dealership.

In 1943, Richard Inukai was born in a Japanese-American internment camp in Tule Lake, Calif. He entered the auto retail industry in 1962 as a dealership salesman. He died in 2011, which is when Shannon and Scott became co-owners of the group.

Joe Beaver of DCG Acquisitions, a Dave Cantin Group company, handled the transaction for both parties.