Did The Mighty Ducks: Game Changers Fly High in Debut? Grade the Premiere 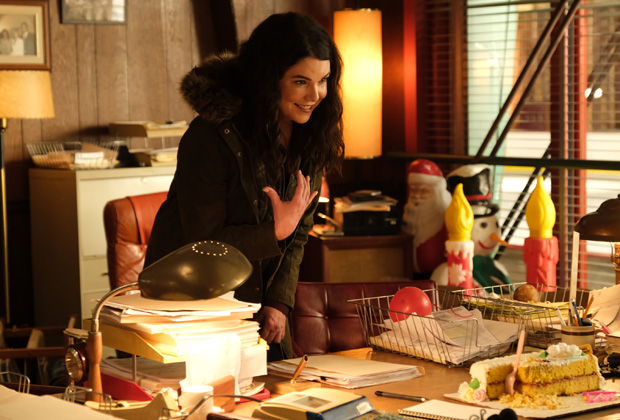 The Ducks are back, but they’re no longer the good guys! In Disney+’s The Mighty Ducks: Game Changers, the iconic team now subscribes to the cutthroat mentality they previous railed against.

The first episode kicks off with the Ducks training at their state-of-the art facility. Alex (Lauren Graham), a single mom, rushes to get her son Evan (Boardwalk Empire’s Brady Noon) to practice. She sits with a group of hockey moms who are super invested in their children’s careers. They’re monitoring the kids’ protein intact, hiring specialists to evaluate performances, and are putting their kids in summer seminars to boost their college applications.

On the ice, Evan struggles to keep up with his peers, including the eagle-eyed sharp shooter Sofi (Succession’s Sway Bhatia), so he is cut from the team. (“At this age, if you can’t be great at hockey, it’s like don’t bother.”) Coach T’s harsh words don’t sit well with Alex, who comedically struggles to storm onto the ice to give him a piece of her mind. Unfortunately for Evan, his mo’s rant becomes a viral moment used to mock him at school the next day. Now that he’s no longer a Duck, he’s become a pariah to his former teammates and can no longer sit at their table.

Fed up with what hockey has become — a hyper-competitive sport with the fun sucked out of it — Alex convinces Evan to start up a new team where they can enjoy playing the game without all of that pressure. Nick (Maxwell Simkins), a charismatic podcaster who loves hockey just as much as Evan, is the first to join. 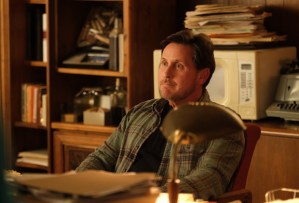 With the team starting to form, Alex begins calling around to find a venue that will serve as their practice rink. After making a ton of calls, she stumbles on the Ice Palace which is now run by Gordon Bombay (Emilio Estevez), who eats leftover birthday cake and hates hockey. He only agrees to let the Don’t Bothers to practice on his ice because Alex has offered to pay money he desperately needs. Bombay, however, is not interested in coaching these young hopefuls and reminds Alex that this relationship is all business.

With a rink secured, Evan and Nick begin the work of securing more members. They find Logan (Kiefer O’Reilly), the new kid in town who looks the part but has no discernable hockey skills. In an effort to convince others to join, Evan makes a passionate speech about being a part of something special that convinces others to flock to the Don’t Bothers. The new recruits include daredevil skateboarder Sam (De’Jon Watts), smart-mouthed Queen B Maya (Taegen Burns), off-beat warrior cosplayer Lauren (Bella Higginbotham) and the sheltered gamer Koob (Kasra Wong).

The Don’t Bothers make their first appearance during a gala held in the Ducks’ arena, which introduces all of the teams that will be playing in their division. Hitting the ice together in the iconic Flying V formation — actually, it was more like stumbling in a scribbled “u” —  Evan’s squad doesn’t exactly come across as intimidating. The odds are stacked way against them, especially now that new rules allow for more violent contact.

Still, the gang is optimistic about playing in the league and head to the Ice Palace to celebrate. The episode ends in hilarious fashion with Alex slipping and falling while performing her old figure skating routine to Whitney Houston’s “Greatest Love of All” as Gordon and her new team laugh and cheer her on.

What did you all think of the first episode? Grade the premiere below and let us know your thoughts in the comments!

Previous articleDanyah ready for Unibet Lincoln test at Doncaster | Racing News
Next articleIndia vs. England, 2nd ODI: Ben Stokes prides itself on the fact that rampant tourists hold on to their values