Supplement consumption increases markedly in winter as many people take supplements in an attempt to boost immunity and prevent the risk of common seasonal illnesses.

Although dietary supplements are rich in vitamins and minerals beneficial to the body, their excessive consumption can pose a threat to public health. From this, a recent study found that a form of vitamin B3 may actually increase the risk of serious diseases, including breast cancer.

A commercial dietary supplement, nicotinamide riboside (NR), also known as vitamin B3, has been associated with cardiovascular, metabolic, and neurological health benefits in previous studies.

Here, a study published in the journal Biosensors and Bioelectronics led by the University of Missouri (MU) found that high levels of nicotinamide riboside (NR) can not only increase the risk of breast cancer, but also increase the risk of it spreading. to other parts of the body, including the brain, and once the cancer reaches the brain, the results are fatal because there are currently no effective treatment options.

Professor Elena John, associate professor of chemistry at the University of Missouri, said: “Some people take supplements because they automatically assume they only provide health benefits, but very little is known about how they actually work. Lack of knowledge inspired us to do this. learn fundamental questions about how vitamins and supplements work in the body.

She added that the study was “particularly important given the wide commercial availability and large number of ongoing human clinical trials that use nicotinamide riboside to mitigate the side effects of cancer treatment in patients.”

What are the main symptoms of breast cancer?

The National Health Service recommends that women see their GP if they find:

Change in the size or shape of one or both breasts

Discharge of fluid from any of your nipples

Swelling or swelling in any of your armpits

Change in the look or feel of the skin

Skin rash or redness and rash (such as eczema), peeling, scaly, itchy skin, or redness on or around the nipple

Changing the appearance of the nipple

Breast cancer can also occur in men, and one of the most important symptoms is the presence of a lump in one breast. According to the NHS, male breast cancers are typically characterized by:

Breast skin changes such as dimples, wrinkling, redness, or peeling.

Nipple changes, such as redness or crusting, or one nipple that curls inward

– Discharge from the nipple

sores or rash around the nipple that won’t go away

Small bumps in the armpit.

If the condition spreads, it can cause other symptoms in various parts of the body, such as a constant feeling of tiredness, bone pain, shortness of breath, feeling unwell, and itchy skin with yellowing of the eyes or skin.

In terms of treatment, the NHS guidelines state: “Treatment of breast cancer in men depends largely on how far the cancer has spread. Possible treatments include surgery, radiation therapy, and medications. 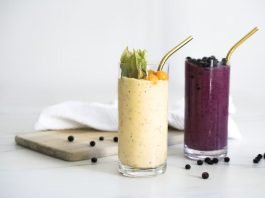