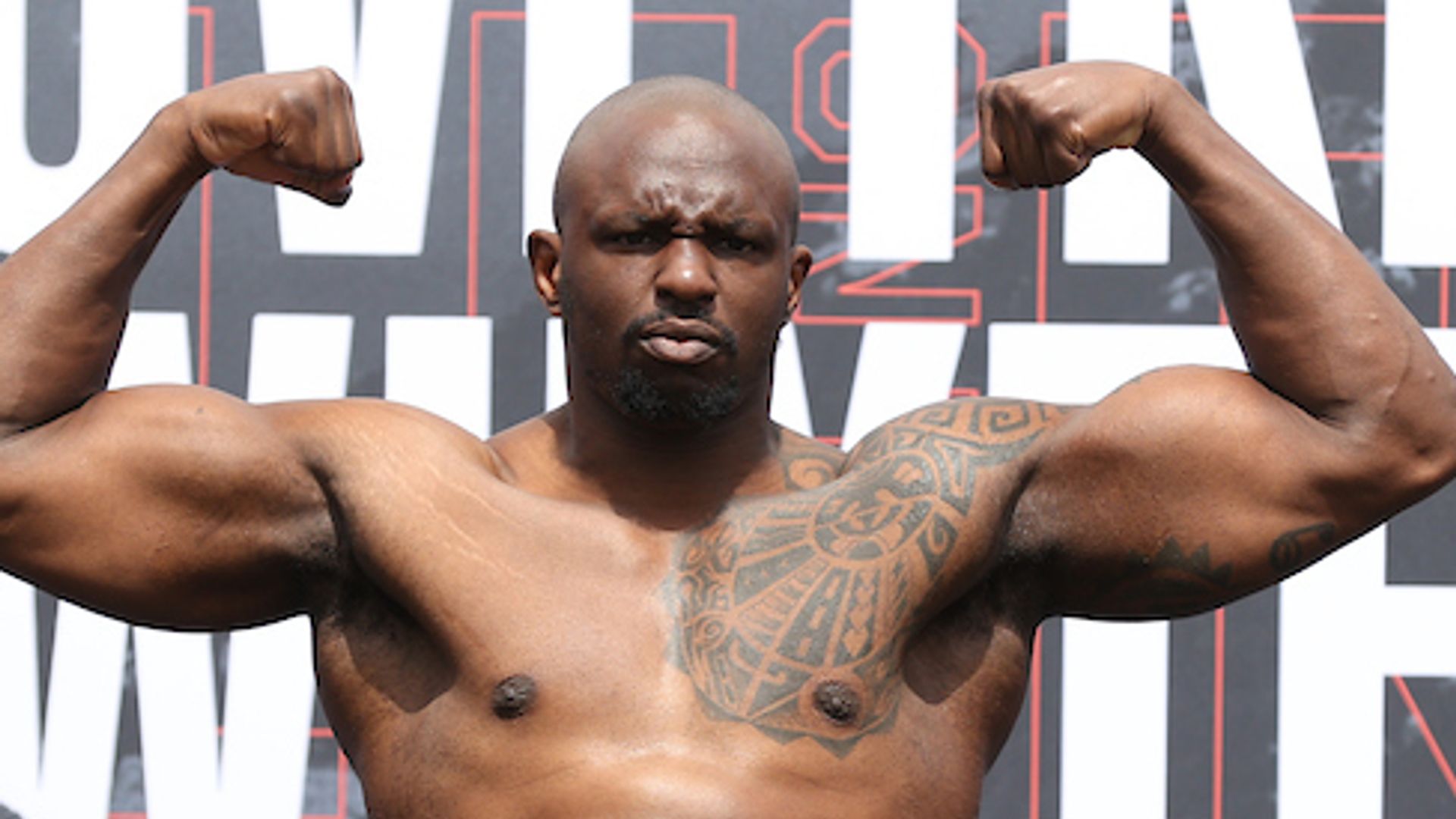 Dillian Whyte’s unconventional journey built on sheer grit has already taken him far, far further than expected but the rematch with Alexander Povetkin will reveal if he has hit his ceiling.

Whyte floored Povetkin twice then succumbed to a huge knockout blow in their first fight and is aiming for redemption tonight from 7pm, live on Sky Sports Box Office, but he knows the repercussions if he fails again.

The true cost of another defeat to the wily Russian veteran would be a potentially irreversible complication in his dream of finally challenging for a world heavyweight championship. It would leave Whyte as a brave and popular overachiever, but not a champion. He is fighting tonight to prove to himself that he is no nearly man.

Whyte has been relaxed and jovial in the days leading up to Saturday’s rematch, a far cry from the angry neighbour who was alone in a Winnebago in Eddie Hearn’s garden before the first fight.

It is like a weight has been lifted from his shoulders – no longer burdened by his 1,000-day wait as WBC mandatory challenger which preceded last year’s fight, he is reduced to a man clawing his way back up a mountain. That might just suit a character like Whyte.

Povetkin’s demeanour has not changed – it has not changed in the 17 years since he won Olympic gold so now, aged 41, it is unlikely to. He has long been underrated. In 2018 he gave Anthony Joshua three nightmare rounds and, in 39 fights, he has lost only to Joshua and Wladimir Klitschko.

He denies Whyte’s belief that he was on the brink of being pulled out by his own corner during their first fight.

“There was no such conversation,” he told Sky Sports. Twenty-five seconds after this disputed conversation, Whyte was flat out.

“It was a moment of brilliance when he was supposed to be done – that’s worrying,” said promoter Eddie Hearn.

“But Povetkin won’t be happy with the left hooks he shipped in the first fight.”

So Whyte’s approach tonight will be fascinating – he has employed Harold ‘The Shadow’ Knight, who led Lennox Lewis to crucial rematch wins, as a co-trainer to steer him through rocky patches.

Does he go for broke or try to drag Povetkin deep into the fight? At some point Whyte’s instinct to inflict damage will take over – he will want the most vicious performance seen in Gibraltar since the Barbary macaques skipped a mealtime.

He has hinted at discipline which is far from his trademark: “I will stop him. Don’t expect me to come out and be wild because there are ways of doing things.

“Fight him, be physical, box him. But I am looking for the stoppage.”

What is truly on the line is how Whyte will be regarded, and the dreaded tag of an overachiever. But victory in an immediate rematch which he demanded so soon after regaining consciousness, having made zero excuses for his downfall, would be a gutsy and admirable statement that Whyte is still a threat to everybody in the division.

Watch Povetkin vs Whyte 2 on Saturday, live on Sky Sports Box Office, from 6pm. Book it via your Sky remote or book it online here. Even if you aren’t a Sky TV subscriber you can book and watch it here.

Nawaf bin Mohammed crowns the best in the 400 hurdles

Previous article“Day Of Shame For Armed Forces”: Anti-Junta Group As 16 Killed In Myanmar
Next articlePrasidh can succeed in tests like Bumrah: Gavaskar