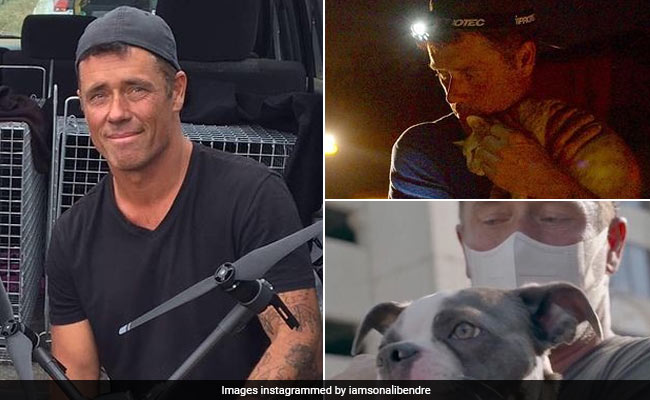 Using a high-tech drone equipped with a large thermal camera, one remote pilot has developed a way to save animals trapped under rubble or stuck in trees in disaster zones.

Douglas Thron was a cinematographer on a film about animal rescue when he was inspired by the use of an infrared scope to find cats after fires.

“I thought, ‘Imagine if we put this infrared scope on a drone, how many more animals you could actually find’,” said Thron in California’s Tujunga Canyon, where he was demonstrating the use of his drone.

The drone – which also has a spotlight and a zoom lens – has the advantage of not making loud noises that could distress animals, and can pinpoint injured or stranded creatures much faster than conventional techniques.

Once an animal is located, Thron or a team can go in on foot to save it.

Thron said he has been on the road for much of the last two years helping to rescue animals, heading to the Bahamas and Puerto Rico, Australia, Oregon and Louisiana.

During Australia’s devastating bushfires in early 2020, Thron was hired by the World Wildlife Fund to find all the animals he could, no matter how small.

“I was able to get little spiny-looking, porcupine-like animals like echidnas, to tiny pygmy possums in a tree that were the size of a mouse,” he said.

Thron’s work in emergency zones is now the subject of a six-part documentary series called “Doug to the Rescue”.

The final episode of the series shows Thron trying to track down a young abandoned dog in the mountains around San Bernadino. After locating the canine, Thron and his girlfriend adopted it, and Ghost now accompanies them on their adventures.

Thron has rescued hundreds of animals to date and wants to expand his business by training other qualified drone pilots to use the infrared technology.

“With the natural disasters getting bigger and bigger, my ultimate goal is to have an animal rescue ranch where people can adopt these animals because with the bulk of the animals, the owners are never found or they’re abandoned.”

Previous article“It Is About The Friendships That Change Us”
Next articleNetflix: Who plays Patrick in Elite season 4?