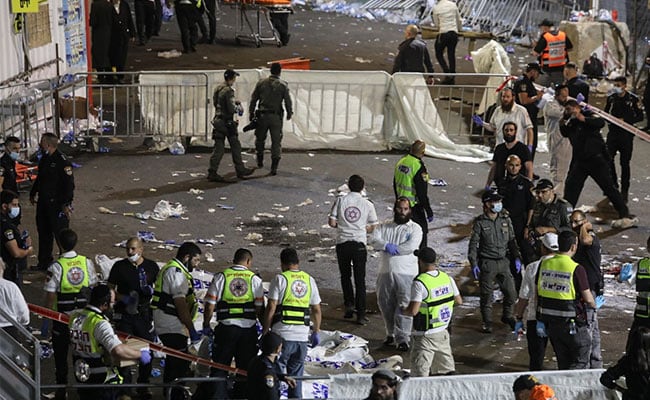 Dozens of people were killed in a stampede at a Jewish pilgrimage site in the north of Israel on Friday, rescue services said.

Magen David Adom, the Israeli emergency service, posted the updated toll on Twitter, adding “MDA is fighting for the lives of dozens wounded, and will not give up until the last victim is evacuated.”

The stampede occurred as tens of thousands of mainly ultra-Orthodox Jews were participating in an annual pilgrimage for the feast of Lag BaOmer, in Meron, around the reputed tomb of Rabbi Shimon Bar Yochai, a second-century Talmudic sage.

Israeli media published an image of a row of bodies covered in plastic bags on the ground.

Authorities had authorised 10,000 people to gather at the site of the tomb but organisers said more than 650 buses had been chartered from across the country, bringing 30,000 pilgrims to Meron.

Around 5,000 police had been deployed to secure the event, the country’s largest public gathering during the coronavirus pandemic.

Great Britain: We will supply Ukraine with long-range weapons and train...

Homeless Syrians on the streets of Turkey and their loved ones...