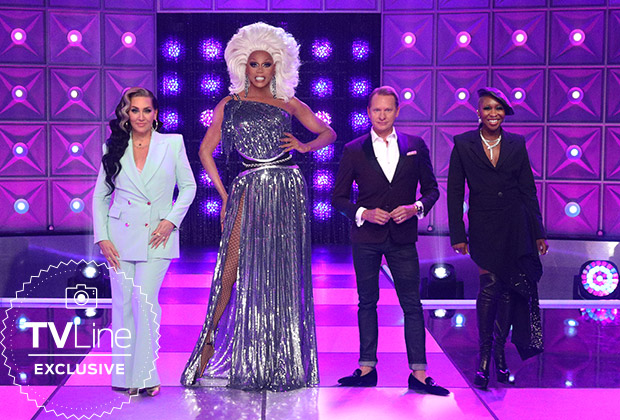 A two-time Oscar nominee is sashaying over to RuPaul’s Drag Race this Friday (VH1, 8/7c).

Fresh off playing Aretha Franklin in the third season of National Geographic’s Genius, Cynthia Erivo is making her Drag Race debut as this week’s guest judge — and TVLine has an exclusive first look at her arrival to the main stage, alongside Michelle Visage, Mama Ru and Carson Kressley.

Following one of the most awkward roasts in Drag Race herstory, five queens remain in the running to become America’s Next Drag Superstar: Gottmik, Kandy Muse, Olivia Lux, Rosé and Symone. In addition to welcoming Erivo to the Drag Race family, Friday’s episode (“Henny, I Shrunk The Drag Queens!”) will once again test the queens’ acting chops by casting the final five in a campy sci-fi action flick.

Watch a sneak peek of Friday’s episode below. And remember: “Henny-thing can happen!”

Friday’s episode also features a visit from Scarlett Johansson — virtually, of course, like Anne Hathaway earlier this season. Behold Erivo in her finest guest-judge eleganza above, then vote for the queen you want to win Season 13 below.

Previous articleUEFA added that the rule would also be in place for the Nations League finals in October and its relegation “play-outs” in March next year.
Next articleSOSV leads pre-Series A funding round in live video commerce platform