Ekta Kapoor opens up about the possibility of ‘The Married Woman’ season 2! 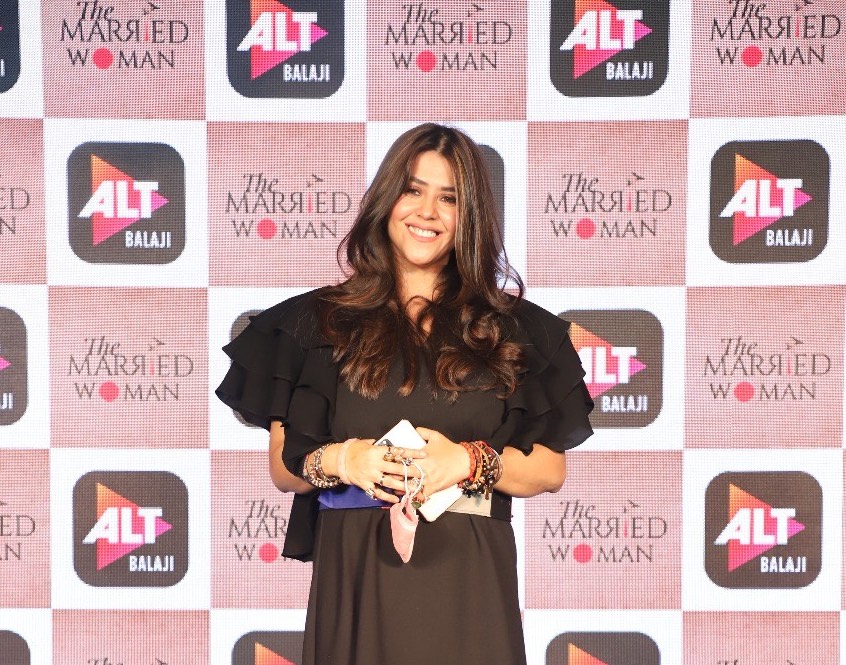 Based on celebrated author Manju Kapur’s best-seller novel ‘A Married Woman’, the show featuring Ridhi Dogra and Monica Dogra as central characters have been appreciated by one and all. Also, it continues its successful run in its third week by being at the number two spot on Ormax’s most-viewed list twice in a row!

With unprecedented views, audience appreciation, and critical acclaim for the inspiring posters, teaser, and trailer, ‘The Married Woman’ went on to break records resulting in becoming the ‘Most anticipated new Indian movies and shows on IMDb’. The tremendous buzz around the show has increased fandom amongst viewers, who witnessed the journey of Astha and Peeplika in the show.

While ‘The Married Woman’ has been gaining encouraging response worldwide, content czarina Ekta Kapoor feels happy that the show has managed to create conversation in society on women’s topics and her individual choices, which were usually considered taboo. The OTT disruptor has always brought out-of-the-box concepts to life with an exciting storyline and kept the audiences wanting more.

Hinting at the possibility of season 2 of ‘The Married Woman’, Ekta said, “We have been trending as one of the most-watched shows, so it’s pretty heartening. With the kind of impressive numbers the show has got, I don’t want to say anything at this moment, but it’s inevitable.”

Directed by Sahir Raza, ‘The Married Woman’ features a talented pool of actors like Ridhi Dogra, Monica Dogra, Imaad Shah, Ayesha Raza, Rahul Vohra, Divya Seth Shah, Nadira Babbar, and Suhaas Ahuja, among others. It is an urban relationship drama about women and their conditioning levied by society and her search to find herself.

Watch 11 episodes of ‘The Married Woman’ streaming on ALTBalaji!