Electric car-charging business is doing everything but making money 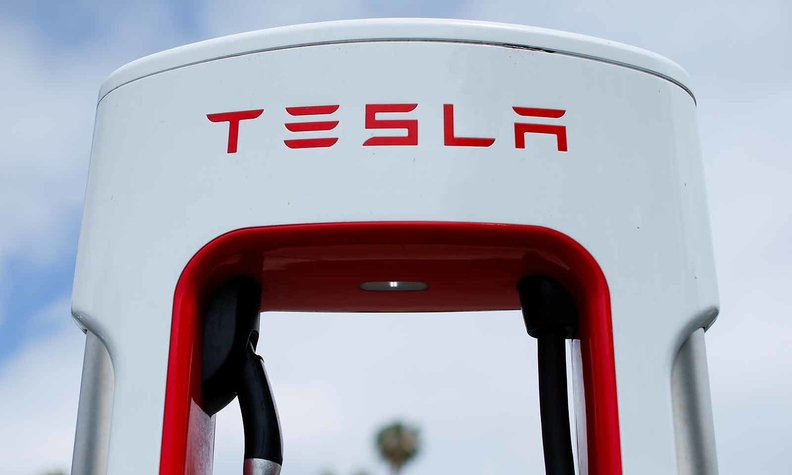 The limitation of Tesla charging stations is they are only usable by drivers of Tesla vehicles.

President Joe Biden’s plan to wean U.S. drivers off fossil fuels requires massive investment in public charging stations to power the electric-car revolution. So far, none of the companies that deploy the equipment has figured out how to make a profit.

The dilemma boils down to demand, and there’s a certain chicken-and-egg quality to it. Most electric-vehicle drivers charge their cars at home, so many public charging stations get little use. But lots of people still driving gasoline-powered cars won’t consider going electric until they see charging stations widely deployed, for fear that they will run out of juice on the road.

Speculators are piling into the industry, convinced that boom times are around the corner, while short sellers and other skeptics warn that some of these companies will go belly-up long before they figure out how to make money. Biden’s plan to spend $15 billion to help create 500,000 more public stations by 2030 is feeding the optimism, with investors flocking to EV charging companies since his election. The risk is that the early movers will get badly burned, potentially souring capital markets on the industry for years to come.

“It’s definitely going to require years of investment before they get any return,” said Chris Nelder, who has studied the economics of charging for the RMI energy research institute.

Nelder is sure that electric-vehicle charging will eventually be profitable. But when that tipping point will arrive is one of the biggest questions hanging over charging companies.

A decade into its existence, the industry is still hunting for a winning business model. Two of the more established names, Blink Charging Co. and Beam Global, made less than $10 million in revenue last year. That didn’t stop investors from sending Blink shares up more than 500 percent after Biden’s November win, and while it has come well off its peak the company’s market valuation is still north of $1.6 billion. Beam jumped more than 300 percent, though it has lost about half its value this year.

The biggest U.S. company, ChargePoint Holdings Inc., just went public via a special purpose acquisition company, or SPAC. Others including EVgo Services and Volta Industries Inc. are poised to follow.

Fueling cars and trucks has always been a low-margin business, with gasoline stations making much of their money from selling snacks, coffee and cigarettes. The business is even tougher when it comes to EVs. Unless they live in dense cities like New York or San Francisco, drivers do the vast majority of charging at home — their garage is their gas station. They use public chargers infrequently, with most vehicles offering more than enough range to complete daily errands without a topoff. The U.S. Department of Energy estimates that 80 percent of EV charging happens at home.

Another vexing issue is the nature of using parking spots to double as charging locations. If a customer pulls into a space in her apartment complex at 9 p.m. and hooks up to buy a few dollars’ worth of electricity, more often than not, she’ll leave her car there until going to work the next day. No one else can use that charger for the next 10 hours, regardless of when her car is done charging.

Then there is the relatively small number of vehicles involved. Americans bought 259,000 new electric cars last year, a record according to BloombergNEF, but it’s still just 2 percent of total car and truck sales. And of those new EVs, 79 percent were made by Tesla Inc., which has its own branded network of “superchargers” that can’t be used by any other electric car. General Motors Co. said this week that it signed agreements with seven charging providers to make sure its EV drivers will have places to plug in.

Tesla drivers are “close-looped into the Tesla network,” said BNEF analyst Ryan Fisher. “Where is the demand to plug into these other networks? It doesn’t exist.”

The Biden administration hopes it can boost some of that demand with the proposed spending, part of its infrastructure plan now before Congress. Some of the money would go toward grants and incentive programs to install chargers, according to a fact sheet from the White House, and some would go toward research into lowering the cost of the chargers themselves.

The charging companies are positioning themselves for profitability in different ways.

ChargePoint sells stations and offers various degrees of operational support, but doesn’t get paid from the charging itself. A typical client might be a Silicon Valley company that offers its employees free charging at work as a perk. If a particular station gets little use, ChargePoint still gets paid.

“I wouldn’t want a driver as a customer, because I think I’d starve to death,” said Pasquale Romano, ChargePoint’s CEO, in an interview. “There’s not a lot of money in electricity.”

Other companies, like EVgo, own the chargers they deploy and make money each time they’re used.

Blink, meanwhile, takes both approaches at once. The company prefers to own and operate as many of its stations as possible, but if a property owner wants to buy the chargers from Blink outright, that’s fine, too. The biggest priority is locking up good sites in high-demand areas, according to CEO Michael Farkas.

“Right now, this is a land grab,” Farkas said in an interview. “For us this is about getting as many locations as we can, and we’ll deal with profitability later.”

Volta Industries, which plans to go public in a SPAC deal this year, adds advertising to the mix. Its chargers come with 55-inch digital screens. A grocery store can place chargers in its parking lot and bombard customers with ads for specific products inside.

Beam Global offers a self-contained unit with a canopy of solar cells powering a battery and a charger. It doesn’t require digging up the parking lot to install a power line. “You can tell the world you’re driving on sunshine for free,” CEO Desmond Wheatley said in an interview.

There’s good reason for Beam to focus on easy installation and self-generated power. The time and cost to install a grid-connected charging station can be significant, often involving construction permits and hooking up to the local utility. The equipment itself can range from less than $2,000 for a slower, basic charger to more than $100,000 for the most powerful models, according to BNEF. Increased production should bring down the hardware costs, but for now, they’re another reason some of the companies struggle to turn a profit.

“It’s still early days,” said Colin Rusch, a senior analyst who covers the industry for Oppenheimer & Co. “Like with any early-stage industry, you’ve got to give it some time, until they get to scale.”

Hertz gets sweetened Knighthead offer in brawl to buy renter