In September 1957 the song Jailhouse Rock topped the US charts, followed by the film itself in November. Together they cemented Elvis as the king of the charts and Silver Screen as well as a major cultural icon. Yet, at the time, the star’s heart was breaking over the beautiful young actress who played his on-screen love interest in the melodrama and he found it hard to even look at the movie.

Judy Tyler was a multi-talented actress, singer and dancer who had a regular role on the popular children’s TV show Howdy Doody from the age of 18 and was a rising Broadway star.

She was regarded as a bright rising star and charmed Elvis, with backstage shots showing them laughing together. But it would all end in tragedy before the summer was over and before the film was even released.

.Elvis ‘did not want to marry Priscilla’: It wasn’t his idea

Elvis and Judy became close during filming, but unusually he did not pursue a physical relationship with her. – one of the few times over his film career. This was because he had one unbreakable rule for himself and, indeed, his Memphis Mafia pack – no married women. Although, Elvis’ Lamar Fike later claimed the pair “had a thing going.”

It seems unlikely because Judy had just married her second husband, Gregory Lafayette, that year and was deeply in love.

Devastatingly, they would both die in a horrific car accident driving across country straight after filming finished on the movie.

DON’T MISS
Elvis was so angry after he met The Beatles he wanted them deported
Elvis was obsessed with co-star Debra Paget and proposed
Elvis: Viva Las Vegas’ Ann-Margret ‘Our love was uncontrollable force’ 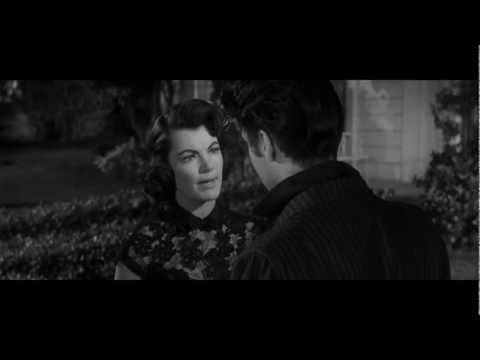 Filming on Jailhouse Rock wrapped in June 14. Judy had booked an appearance on the TV show Pantomime Quiz, which was taped in New York, for early July and decided to drive there rather than fly.

Early evening on July 3, Gregory was driving them along Highway 30 in Wyoming when a car towing a trailer suddenly pulled out from Wild Bill’s Curio Store and Petting Zoo. Gregory swerved across lanes into oncoming traffic and their 1957 Chevrolet was hit broadside.

Judy and the other car’s passenger were killed immediately and Gregory died in hospital.

The news made national headlines, and the following morning a heartbroken Elvis knocked on the door of his friend George Klein.

Klein recalled: “He said, ‘I’ve got some bad news. Judy Tyler just got killed in a car wreck.’ So we drove around Memphis, talking about, reminiscing about her. How nice she was, how professional she was, and how tragic it was that she was killed in a car accident when her first big motion picture was coming out. And he took it pretty tough.”

Fike added: “It really upset him. He broke down and cried … Elvis couldn’t get over it. He gave an interview to the Commercial-Appeal saying he didn’t think he could stand to ever watch the movie. And he meant it at the time.”

“I remember the last night I saw them. They were leaving on a trip. Even remember what she was wearing. All of us boys really loved that girl. She meant a lot to all of us. I don’t believe I can stand to see the movie we made together now, just don’t believe I can.”

Jailhouse Rock was released on November 8, with posthumous praise for Tyler’s performance and Elvis’ classic title musical number going down in history as his most iconic on-screen moment.