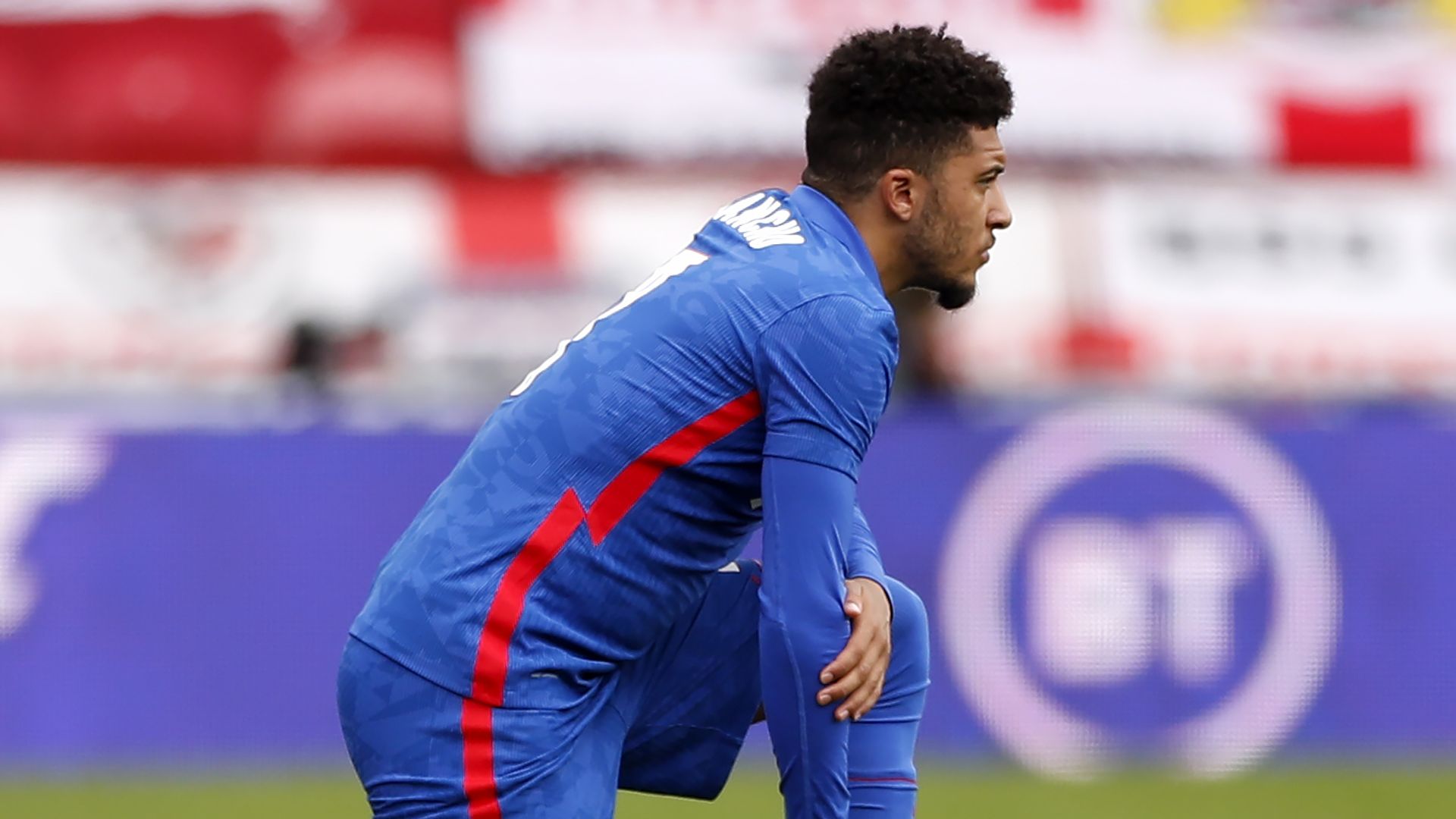 Fans are being urged to ‘drown out the boos’ at Wembley in a new Kick It Out and Football Supporters’ Association initiative as England begin their Euro 2020 campaign on Sunday.

It comes after England boss Gareth Southgate’s pleas to respect the anti-discrimination gesture were once again ignored by a small section of fans during the side’s final Euro 2020 warm-up game against Romania.

Southgate and his players remain defiant they will continue to take a knee and once again reiterated it is a show of unity in the fight against racial discrimination and social injustice and not politically motivated.

The FA is also working on a new video message for supporters which will coincide with the tournament kick-off, encouraging fans to get behind the team on and off the pitch.

The governing body is desperate to avoid further scenes of dissent from the crowd, which officials feel is both embarrassing to a global audience and negative to the team’s chances.

Campaign options being considered include asking fans to chant “Kick it out” or “England, England!” at the moment when the referee blows his whistle and the players bend down.

While there are concerns this may seen by some as an attempt to mask the problem rather than confront it, it is seen as a pragmatic response to a complex issue for the duration of the tournament.

Officials believe it would be very difficult for any fans to boo, if the “England” chant is so overtly in support of the team.

The option of “Kick it out” as an alternative chant is seen as a positive way to enforce the anti-discrimination message that Southgate and the players have said they are motivated by when they take a knee.

Former Manchester United and England defender Rio Ferdinand has condemned the booing, telling the small minority to take any thoughts it is motivated by a political movement “out of your mind”.

“These fans, these ignorant people that are going to games, haven’t got a clue – they don’t know what these players are kneeling for,” Ferdinand said on the FIVE podcast.

“They are kneeling for injustice, to make sure certain situations are going to be highlighted and dealt with properly.

“It’s not a political stance and all these ignorant people who are saying it’s a political movement – take that out of your mind.

“The players, the England manager – they’ve done press conferences and adverts telling you this is not a political campaign – the reason for kneeling has nothing to do with politics.

“The stance is about anti-racism, people being treated the right way and respectfully and not because of the colour of their skin.

“There is no valid reason for booing – the players’ narrative is nothing to do with politics so please, support the team because they don’t want injustice or want people to be judged on the basis of someone’s skin and they are kneeling because of that.”

Previous articleShah Rukh Khan Rejected DDLJ Four Times Because He Thought He Was Too Old To Be A Romantic Hero
Next article“I Have A Little Girl That Has Two …..