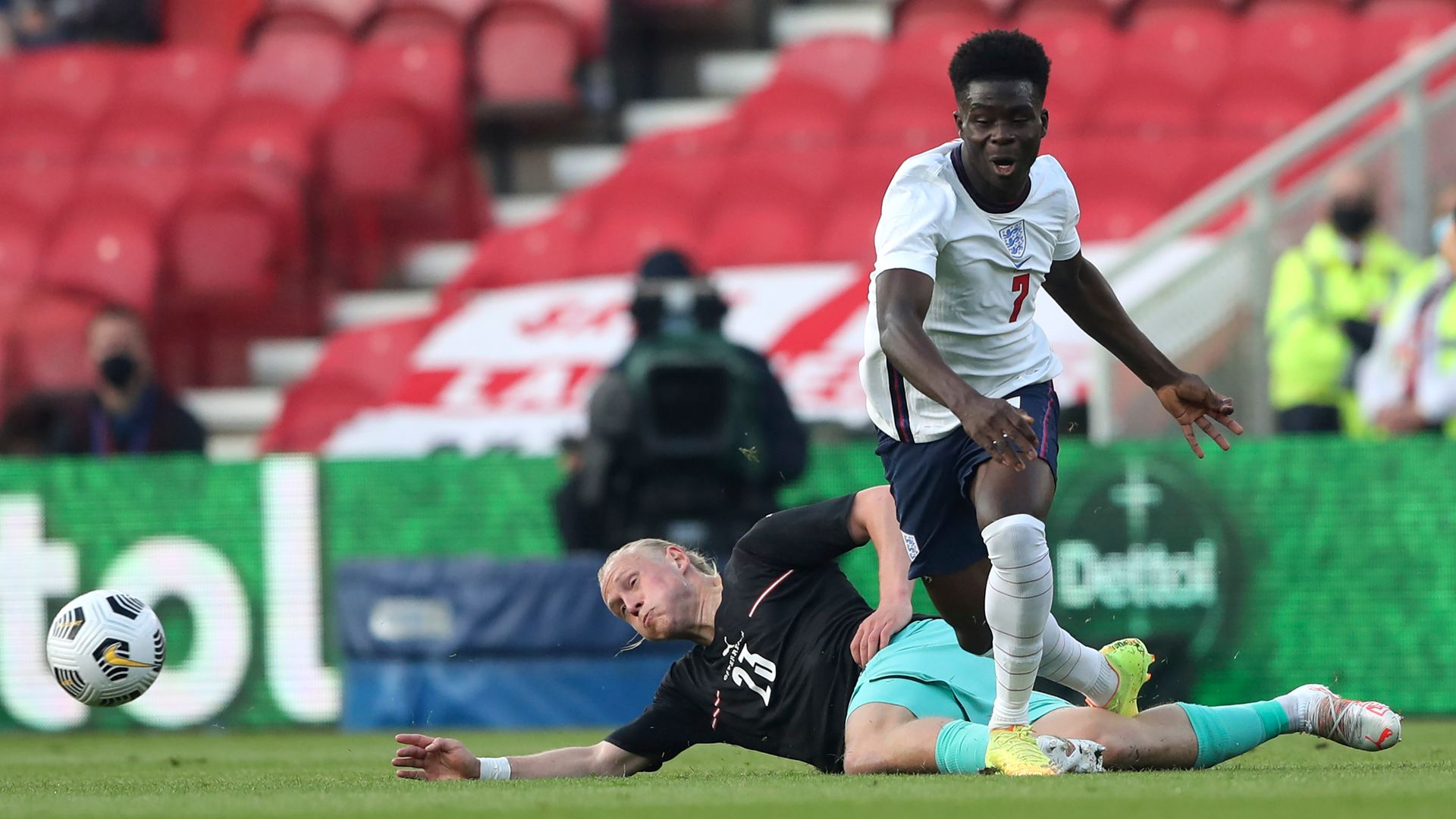 England edged Austria 1-0 in their first Euro 2020 warm-up game but who starred and who struggled at the Riverside with starting places at stake for the tournament opener against Croatia?

Had little to do between his own posts until late on but showed with the ball at his feet why he will be Gareth Southgate’s No. 1 at the tournament. Ederson-esque long vertical pass that set Jack Grealish off was just one example of his superior distribution in England’s goalkeeping ranks. Quick reactions to spare Ben Godfrey’s blushes and got fingertips brilliantly to Marcel Sabitzer effort that hit bar.

After the will-he-won’t-he furore around Southgate’s squad announcement, started at right-back but pushed high up the pitch. Several wicked deliveries a reminder of his unique threat and showed plenty of willingness to track back, yet heavy touches on occasions and familiar lapses in concentration – one late on might have been punished. But big talking point his late injury scare.

Failed to convince in partnership with Mings. Was bailed out by his team-mate on a couple of occasions and one hesitant clearance almost had consequences. Lost his man late on but Gregoritsch headed wide.

Competitive in air and showed smart turn of pace to clean up when called upon but questions remain over decision-making. Inexplicably barged his man down in box but escaped punishment.

While Alexander-Arnold roamed, the La Liga winner was content to let Bukayo Saka and Jack Grealish spark attacks. Flank looked a little imbalanced at times but solid display and his versatility will please Southgate.

Left exposed at times as Jude Bellingham bombed up pitch but while tidy in harmless spaces, off cue with longer passing, spraying one ball to the linesman rather than a team-mate. Withdrawn on the hour mark as Southgate made raft of changes but important minutes earned after injury lay-off.

At 17 years and 338 days, the youngest player to start an England game since Wayne Rooney against Liechtenstein in 2003 but once again showed composure beyond tender years. Strong, athletic, smart in the tackle, always looking to support attacks and a threat from set-pieces.

Deployed on the left of an initial 4-2-3-1 set-up and sharp from the off. Quick feet and direct running but always harrying to regain possession, too. First England goal caps a fine week for the youngster who was a shining light in Arsenal’s gloomy season.

Linked up well with Kane and showed deft touch to set up Saka. Subbed on the hour mark but looked hungry and sharp despite omission a day earlier. Could he yet get chance?

Timely return to fitness on a night he staked further claim as a main man. Shackled well by David Alaba in the early stages but grew into the game and was soon drifting between central areas and left flank. Always demanding the ball, always looking to play forward and familiarly drew string of fouls in dangerous areas. After key role in goal, watched last 20 minutes with ice on his shin but played it down after the game. Has to start when the proper stuff begins.

Hold-up and link-up play smart as ever but after being slipped in by Grealish struck good first-half chance at goalkeeper. Dropped too deep at times.

Ran channels well and served up fine ball across goal that deserved to be met.

Had little chance to impress.

Struggled to impact the game from the bench stuck out on the left.

Replaced Grealish for final 20 minutes as England reverted to a back three. Vital clearance off line late on with Pickford stranded.