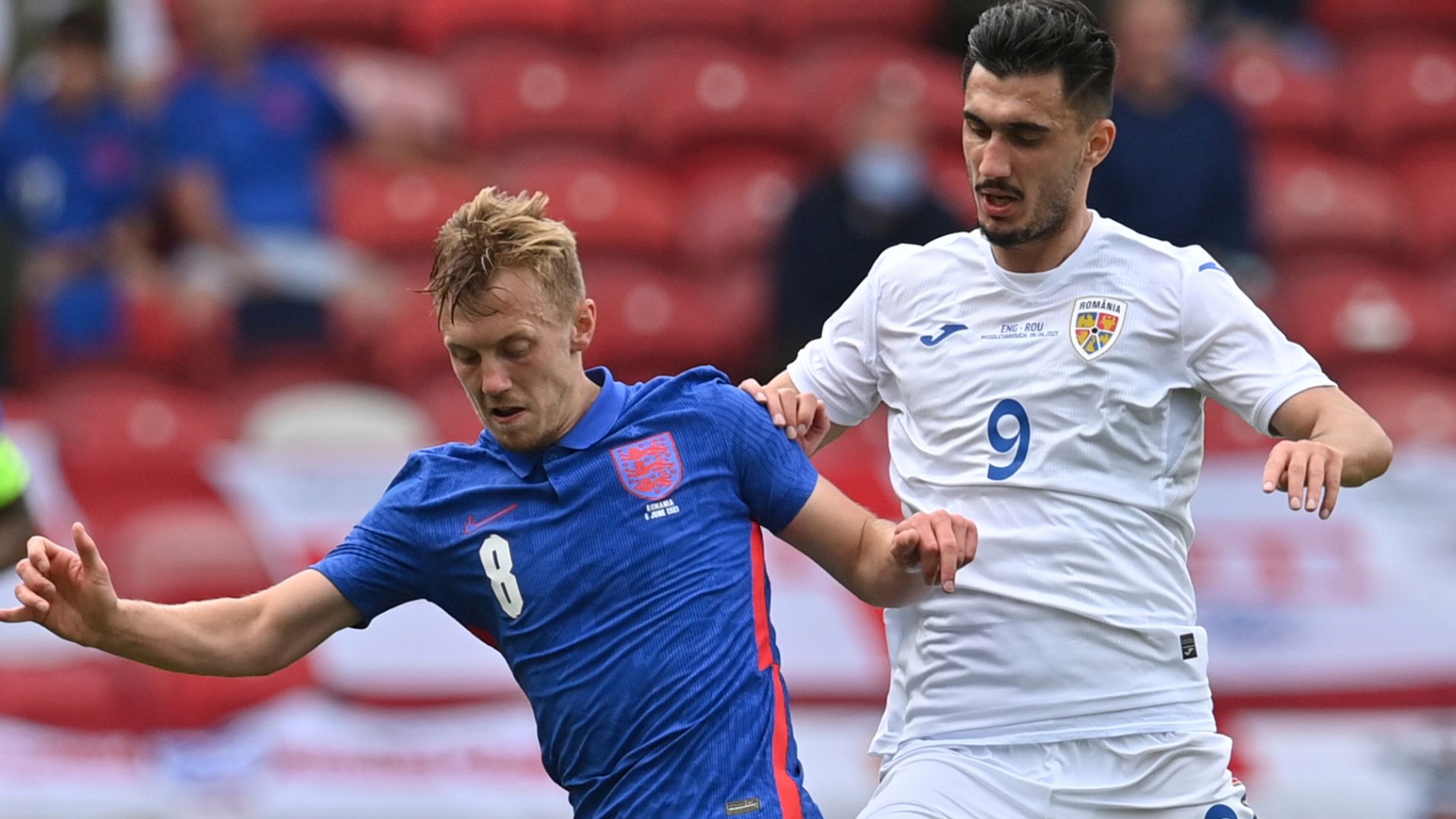 An experimental England finished their Euro 2020 preparations with a narrow 1-0 win over Romania but how did each player do in the final dress rehearsal?

Handed his international debut as Dean Henderson watched from the bench. Jordan Pickford will start against Croatia having served a reminder of his distribution quality with a passing masterclass against Austria but Southgate wanted to give the West Brom goalkeeper minutes and he dealt smartly with what came his way. Brilliant reflex save with strong right hand in the second half.

Nervy off the bench against Austria and caught out in the early stages again. Grew into the game and looked to get forward but awkward deployment at right-back.

Assured during a late cameo against Austria and composed here from the start, in contrast to his centre-back partner. Stepped out and looked to support attacking play where he could, while solid where it mattered – nobody in England colours won more tackles or interceptions.

Rash decision-making at times against Austria and endured another poor afternoon back at the Riverside. Desire never in doubt but had lapses in concentration, was not tight enough to man at times and continues to possess a worrying penchant to charge out of position.

Strong running down left, reigniting partnership with Rashford, and several handy interceptions. Replaced by Kieran Trippier with 15 minutes to go.

Timely return to the XI after a shoulder injury for the Leeds midfielder, who started all three of England’s internationals in March. Replaced by Jordan Henderson at half-time but solid until then. Showed passing range and pressed well.

On this showing, why wasn’t the Southampton man in the squad in the first place? Tidy on the ball, tireless off it, resistant to the Romania press and series of wicked deliveries. Substituted in the second half with a slap on the back from Southgate but will want a place at the tournament rather than just the platitudes.

Started again in No 10 role but with bit between his teeth on final chance to further claim before the tournament, was everywhere. Forward-thinking, clever link-up play and familiar jinking runs to draw defenders – including for decisive penalty. While Ward-Prowse made his claim to replace Trent Alexander-Arnold in the squad, Grealish furthered his case for a place in the starting XI. Man of the match.

Captained England for first time and looked sharp on the left, linking up well with Shaw and Grealish and making dangerous runs in behind. But frustrating in threatening positions as he too often ran into trouble. Dragged good second-half chance wide after storming run. Moved out to the right after Sancho’s substitution and gets extra mark for nerveless penalty straight out of the Bruno Fernandes playbook.

Peripheral early on as supporting attackers failed to get close enough to him but unlucky to hit crossbar after superb leap and header from Ward-Prowse’s cross. Lacked service before the break but failed to make some good opportunities count afterwards – and why didn’t he wrestle ball from Henderson?

Balance and quick feet great to watch but, like Rashford on the other side, final ball or finish too often eluded him. Unfortunate to see curling effort hit bar after smart link-up play with Grealish but will be judged ultimately on output. Replaced shortly after the hour mark.

Made long-awaited return from injury in second half. Swept up when called upon but understandably took time to get eye in and having made claim for penalty, lashed it straight at the goalkeeper.

Deployed in deeper role of a fresh-look midfield shortly after the hour mark, flanked by Jordan Henderson and Jude Bellingham. Provides the platform for those further forward.

Lively cameo, serving a reminder of his threat from set-pieces and ability to win the ball high up the pitch. Superb delivery for Calvert-Lewin before being denied himself from close-range.

Late replacement for Shaw and delivered a couple of dangerous corners.

Handed only a fleeting chance to impress but injected speed and showed deft touches in promising attacking moves.

Given a late run-out for Calvert-Lewin but spurned late good chance with an outstretched boot.

Gareth Southgate has decisions to make but who would make your starting XI?

121st US Open: Groups and tee times for final round at Torrey Pines | Golf News