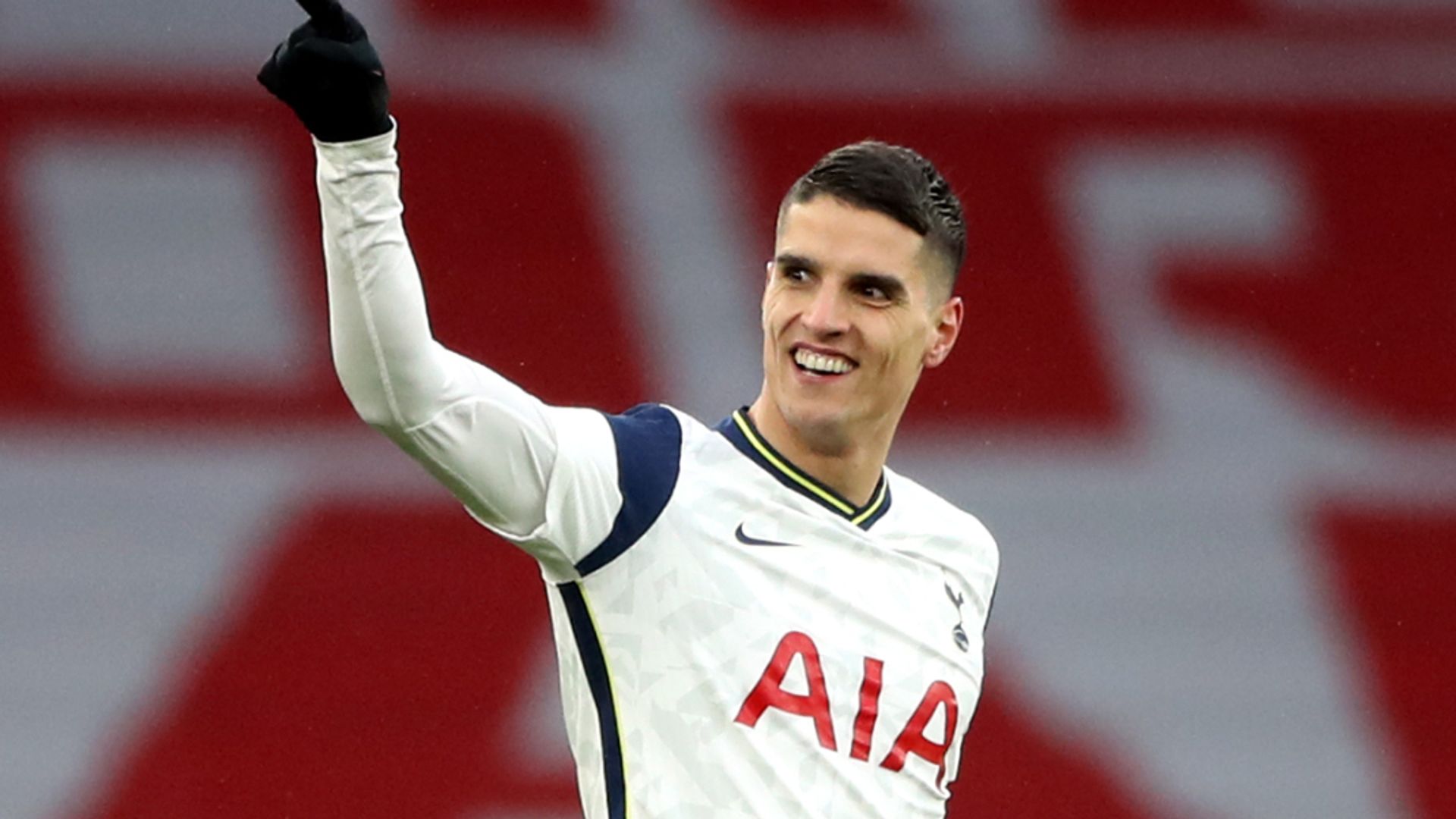 Tottenham forward Erik Lamela has won the Premier League Goal of the Season award for his spectacular Rabona in the north London derby.

Lamela, who came on as a substitute against Arsenal at the Emirates on March 14, gave Spurs the lead shortly after 30 minutes when he wrapped his left foot around the back of his right to drill the ball into the bottom corner amid a congested penalty area.

However, the derby ended in disappointment for Lamela as he was sent off late in the second half following two yellow cards and Tottenham lost the game 2-1.

The goal against Arsenal was not the first time the Argentina international had scored a Rabona for Spurs. The 29-year-old did likewise in a Europa League win over Asteras Tripolis at White Hart Lane in October 2014.

Lamela’s award-winning strike was the only goal he scored in the Premier League during the 2020/21 season in 23 appearances. He found the net three more times across all competitions.

It is the second year in a row a Tottenham player has won the award after Heung-Min Son’s incredible solo effort against Burnley during the 2019/20 campaign.