Euro 2020: England’s Kalvin Phillips can do ‘something special’ this summer, 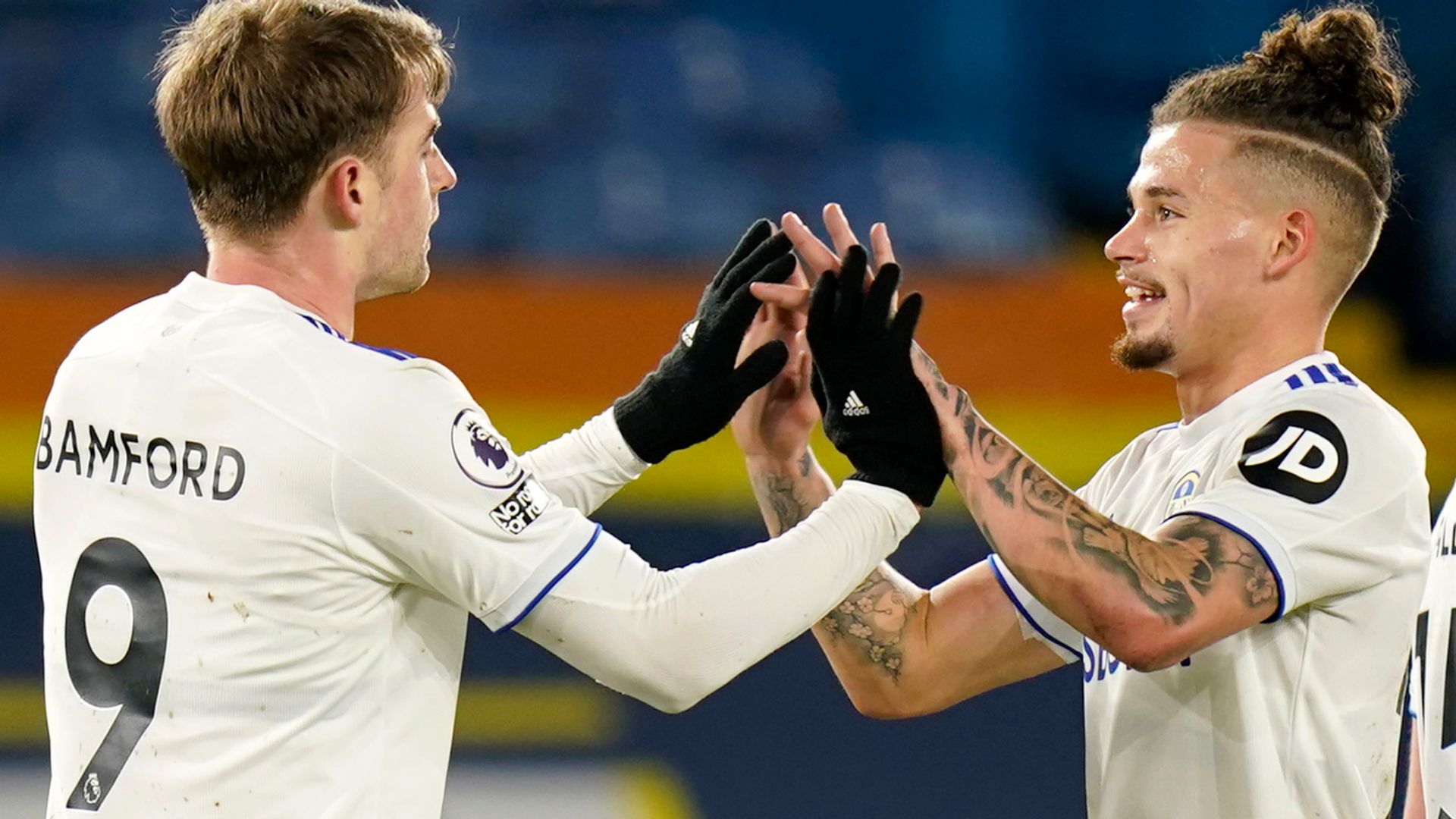 Kalvin Phillips can bring “something special” to England this summer after being named in their Euro 2020 squad on Tuesday, says his Leeds team-mate Patrick Bamford.

Gareth Southgate included Phillips in his 26-man squad for the tournament despite concerns over a shoulder injury the midfielder suffered in Leeds’ win over West Brom on the final day of the Premier League season last month.

The 25-year-old is now set to add to his seven England caps at his first major tournament following an impressive debut season in the top flight.

Despite strong competition for midfield places in Southgate’s team, Bamford is backing his club-mate to make an impact, exclusively telling Sky Sports News: “Every time he goes out there, he gives 100 per cent.

“I’ve seen the way that he’s grown as a player and he’s turned into one of the best holding midfielders in the Premier League.

“Jordan Henderson and Declan Rice are top players, which shows the strength, but I think that Kalvin can definitely offer something special to that England squad.

“Nothing really fazes him to be honest. He’s a really laid-back kind of lad, in terms of not letting the pressure get too much for him. But when it’s game time, you’re not taking him out the zone.”

Bamford was tipped to earn a maiden call-up and join Phillips in the England squad for this summer’s tournament after scoring 17 league goals this season, but he failed to make Southgate’s expanded 33-man roster that was named last week.

But despite the disappointment of being left out of the squad, he is looking forward to the tournament kicking off – and believes England are among the favourites to reach next month’s final at Wembley.

“I’m a fan so I can’t wait for the games to get started,” he said. “I’ll probably end up watching every single match, not just the England games.

“We’ve got such a strong squad that I’m thinking England can win it. There are some other strong teams, but with the players we’ve got, we’re in for a very good chance.

“The only team I’m worried about is probably France. There are other good teams, like Belgium, Portugal, Germany, but I think France are going to be good. Hopefully we don’t meet them until the final!”

Bamford was speaking at the home of Beeston Juniors, where Leeds and JD Sports have combined to renovate the club’s facilities and put on coaching sessions.

The striker, who began his career at Nottingham Forest before joining Chelsea as an 18-year-old, can speak from personal experience about the impact players can have on their local communities.

“One of the things that sticks with me from when I was at primary school was two of the Forest players – I think it was David Prutton and Gareth Williams – coming to one of the summer camps,” he recalled.

“That memory has stuck with me forever, so I know how much it means to kids this age.

“I don’t think as a footballer you ever pinch yourself and say, ‘Wow, I’m a footballer’, but as I’ve grown older I’ve started to realise how I can make more of an impact and give a lot more back to the community.”