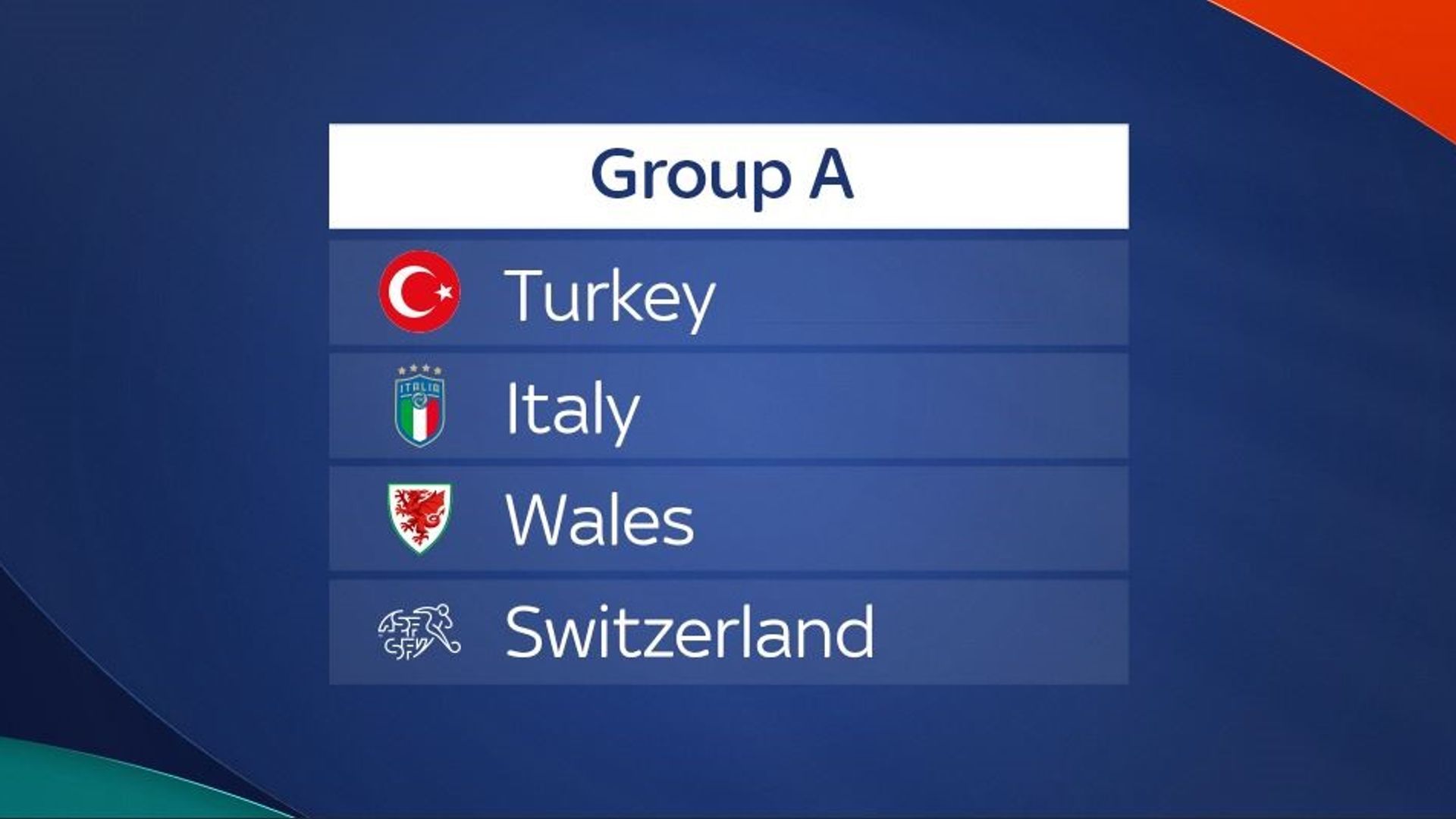 A comprehensive look at Euro 2020 Group A, with Turkey, Italy, Switzerland and Wales looking to book their place in the knockout stages of the tournament.

Senol Gunes – His most notable managerial achievements to date include coaching the Turkish national team to third place in the 2002 FIFA World Cup and winning two Super Lig titles; both of them with Besiktas.

Burak Yilmaz seems to be getting better with age and is joined by his Lille team-mate Yusuf Yazici following his own breakthrough season. Could prove the dark horses of the tournament.

Zeki Celik – Celik impressed in his 27 appearances for Lille this season, scoring three goals and providing two assists as the club won Ligue 1. His performances have attracted interest from a host of Premier League clubs including Manchester United, Arsenal and Tottenham.

Even though he did not provide any assists during qualification, the 24-year-old is a modern-day full-back, making eight starts on the right-hand side of defence during the campaign and looks to still have that position sewn up as his own.

Roberto Mancini – Former Manchester City boss has been in charge since 2018, appointed six months after the national team failed to qualify for the World Cup. Guided his side to Euro 2020 qualification with three matches to spare. Last November, he broke Vittorio Pozzo’s record of leading Italy to a tenth consecutive victory, and their record sixth consecutive away win.

Mancini replaced Gian Piero Ventura after Italy failed to qualify for the 2018 World Cup, and his win rate of 70 per cent is unrivalled by any of his predecessors. His side is a mixture of youth and experience. The Azzurri are on a bit of a roll, winning all 10 of their qualifying matches. They go in as clear favourites in Group A, but are they truly back?

Ciro Immobile – The Lazio striker has struggled to replicate his club form on the international stage. Having averaged 25 goals per season over his last five Serie A campaigns, the 31-year-old striker has underwhelmed for his country with just 12 goals – most of them against European also-rans – in 45 caps.

But group games against Turkey, Switzerland and Wales offers him a good opportunity to improve upon this record.

Vladimir Petkovic – Having previously managed a string of Swiss clubs as well as Italian side Lazio, Petkovic was appointed by the national team in July 2014. The 57-year-old has so far guided the Swiss to the round of 16 stages of both Euro 2016 and the 2018 World Cup.

You’re never quite sure what you’re going to get with this Swiss side; a run of seven games without a win has given way to six consecutive victories, including a 7-0 thrashing of Liechtenstein in their final outing before the curtain-raiser with Wales.

The calibre of opposition during that recent run – Ukraine, Bulgaria, Lithuania, Finland and USA – suggests they are flat-track bullies. The problem facing Petkovic is that several of his players arrive at the tournament a little under-cooked, with Fabian Schär having missed much of the season through injury and Xherdan Shaqiri often over-looked at Liverpool.

Ricardo Rodriguez – The Torino wing-back scored in the international friendly win over USA, and he will provide a constant outlet down the left for Switzerland.

The set-piece and penalty-taking defender is featuring in his fourth tournament for his country having been named in the Swiss squad at the 2014 and 2018 World Cups as well as Euro 2016. His threat from dead ball situations could be key to progress from the group stages.

Rob Page – Currently caretaker manager in place of Ryan Giggs, he began coaching at Nottingham Forest in January 2017 and has experience of managing Wales at age-group level.

Was appointed Giggs’ assistant in August 2019 and has deputised for the former Manchester United midfielder since last November, helping the side to promotion from League B in the Nations League.

Chris Coleman’s heroics of 2016 may prove impossible to replicate, but the core of the players successful in France have been added to by an exciting generation of emerging talent. Gareth Bale will hope to provide the star quality but Harry Wilson’s beautiful team goal in the recent outing against Belgium shows there is much more besides to this current squad.

Having shone at their first major tournament for 58 years, the promise of Daniel James, Neco Williams and Ethan Ampadu points to greater depth to Page’s squad this time around.

Gareth Bale – Eight clean sheets in 11 games since the start of 2020 points to Wales’ defensive strength, and this will lay the foundation to any success this summer, but they will be reliant on Bale to provide the star quality in attack.

The player has been coy over his future at club level – stating that he knows his next move but says revealing it would “cause chaos” ahead of the tournament. Reports on his pending retirement appear premature, but should this prove his swansong in the game, he will want to bow out in style.