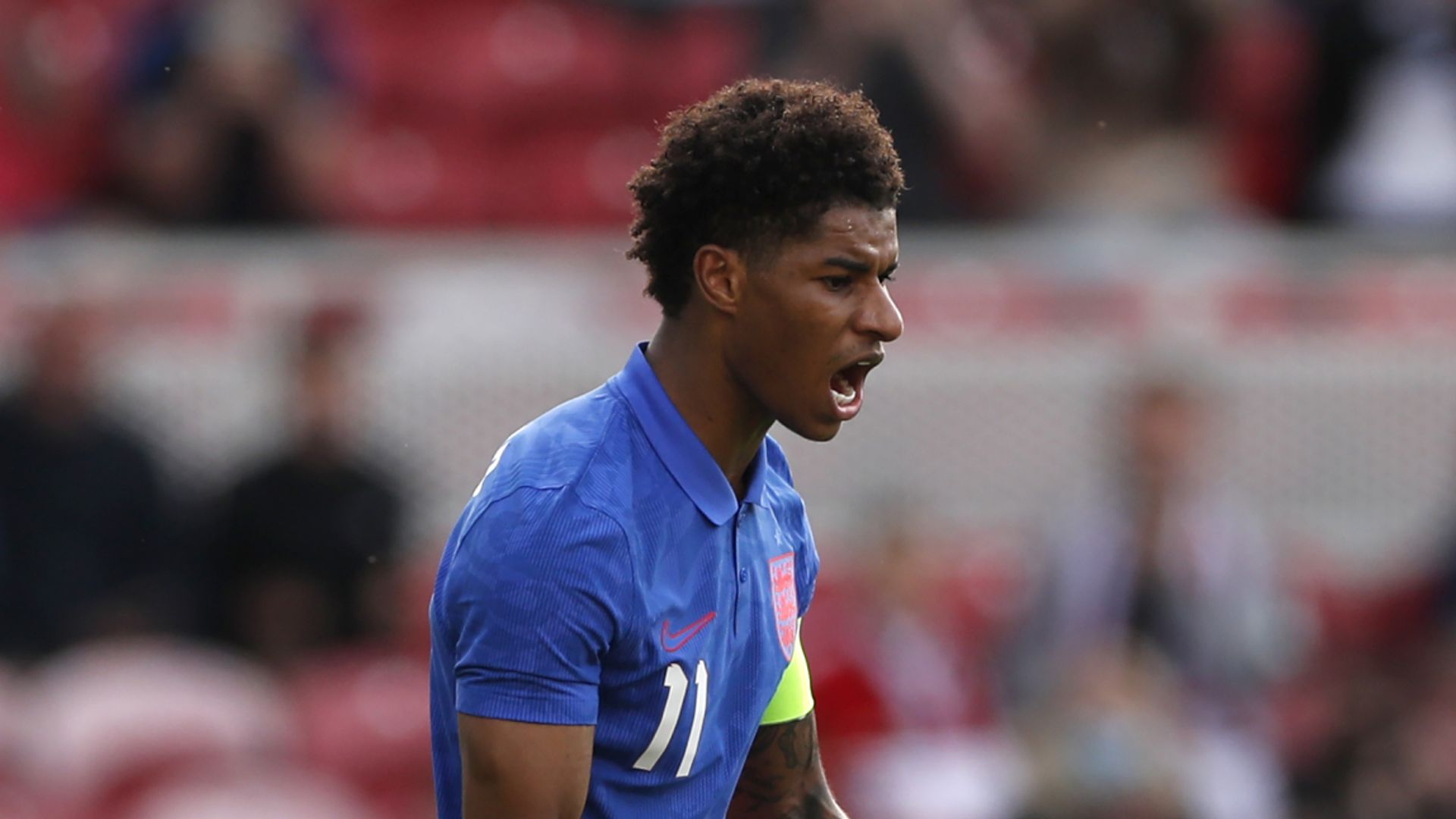 Marcus Rashford believes England’s Euro 2020 squad is full of players who can spark the tournament into life.

The Three Lions head to St George’s Park on Tuesday to continue preparations for their Group D opener against Croatia at Wembley on Sunday afternoon.

Rashford captained England and scored the only goal of the game from the penalty spot in Sunday’s final warm-up win over Romania.

It remains to be seen if the Manchester United forward will start against Croatia as manager Gareth Southgate has plenty of options in attacking areas.

But the 22-year-old feels the competition for places and the quality throughout the squad means every one of the 26 players selected by Southgate can play a part in any success.

“Don’t get me wrong, everybody wants to be in the first XI – but I think from my experience of being in tournaments you need a squad,” he said.

“You have to have players capable of coming on at different moments and giving that extra spark. I think in our squad we have that all over the pitch, so to be honest it (starting against Croatia) is not at the front of my mind.

“We go there as a squad that’s trying to win a tournament. Whether or not you’re starting in the first XI you’ve still got a massive role to play if we want to win the tournament.

“You’re being deluded if you expect 11 players to win seven games – and you’re playing games in a short space of time. The squad’s going have to be utilised and to be honest I’m excited and looking forward to it.”

Captain Harry Kane told the Official England Podcast that the squad has a perfect balance of youth and experience, with Rashford echoing the sentiments of his fellow forward.

“We have a lot of young talented players,” he added.

“Then a mix with a few older players who’ve played massive games for their clubs and have ultimately had a brilliant career internationally. I think we’ve got a good balance.

“The first XI is important but not the be-all and end-all because we’re going to need everyone to win a trophy.”

Previous articleDeliberate attack .. 4 members of a Muslim family in Canada killed
Next articleJagame Thandhiram Juke Box Is Out