Euro 2020: Scotland fans without tickets for England group game urged not to 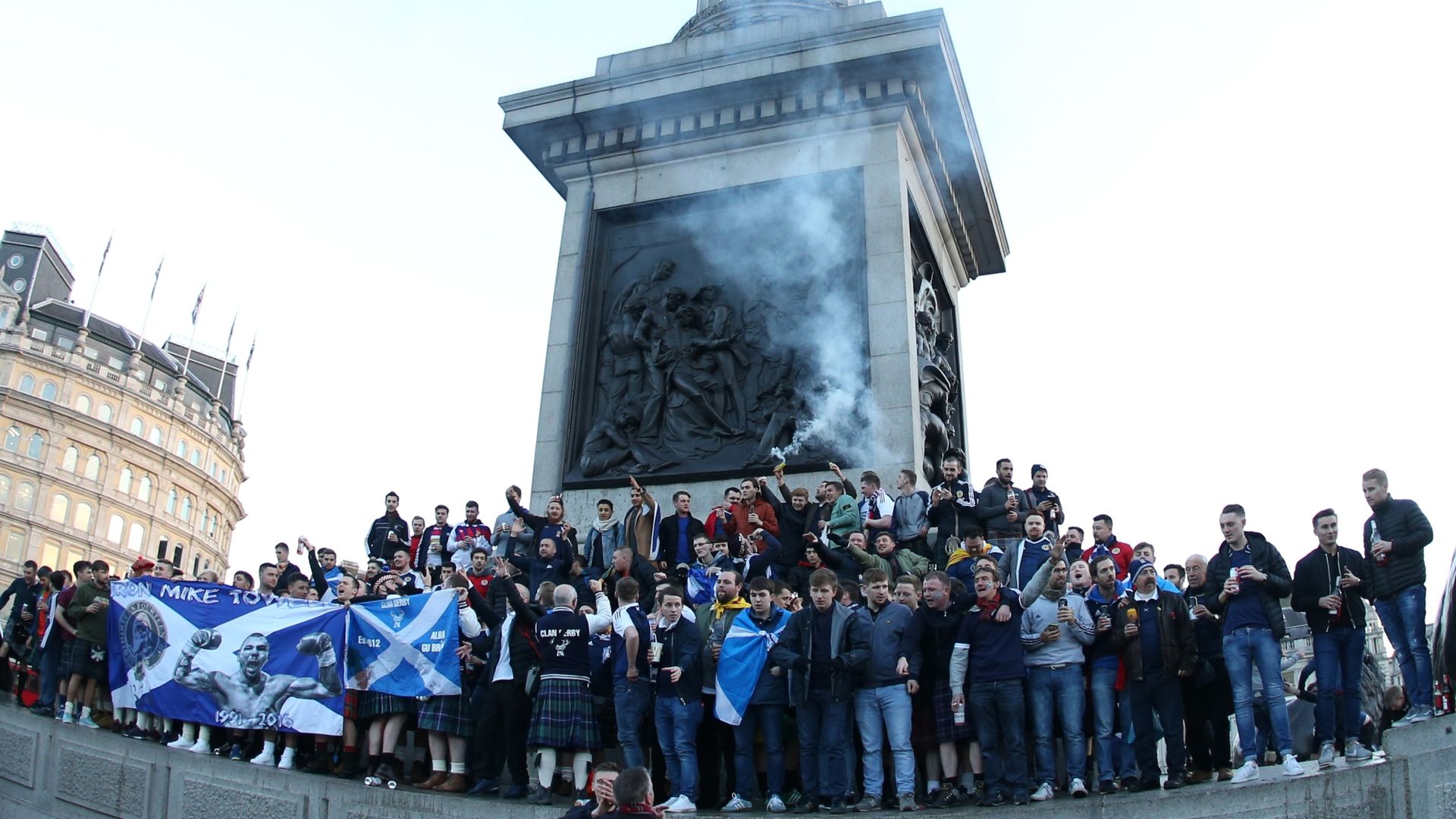 Scottish football fans have been urged not to travel to London for their country’s Euro 2020 match against England at Wembley unless they have a ticket or have arranged a safe place to watch the game.

Scotland take on England in their second Group D match on June 18, with around 2,600 of the 21,500 tickets allocated for the game going to their fans.

Scottish supporters often congregate in London’s Trafalgar Square when their team is playing away to England, but will be unable to do so this month as the venue is hosting a socially-distanced fan zone for key workers.

In a joint statement released on Wednesday along with the Scottish Government and Scottish FA, Mayor of London Sadiq Khan said: “I love the atmosphere that Scottish fans always bring to major football tournaments.

“However, I am today urging all fans to only come to London if you have a ticket for the match or if you have arranged a safe place to watch it from, in compliance with COVID-19 guidelines.

“We have all been through so much over the last 15 months and while I know everyone wants to have a great time during the Euros, it is vital that we make sure the competition is safe and takes place in an environment that we can all enjoy.”

Scotland’s Culture Minister Jenny Gilruth added: “There will be huge interest in the Scotland vs England game at Wembley.

“Although we have made great progress, we all still have an important part to play in making sure we keep the virus under control.

“So I urge all football fans to plan in advance how you are going to enjoy the tournament and only travel to London for June 18 if you have a ticket or a safe place to watch the match from.”

Scottish FA chief executive Ian Maxwell said: “We ask all supporters not to travel to London for our Group D match on June 18 against England unless they have a ticket for the match.”

Plans are in place to open the fan zone at Trafalgar Square to nearly 10,000 people from June 21, providing the government restrictions on social gathering are lifted on schedule.

A fan zone hosting up to 6,000 supporters per day will be operating at Glasgow Green throughout Euro 2020.

Clarke: Netherlands clash a test against the best

Steve Clarke believes Scotland can cause the Netherlands problems in their first warm-up game ahead of the European Championships.

Clarke’s team come up against Frank de Boer’s side live on Sky Sports on Wednesday with Scotland preparing for their Group D encounters with the Czech Republic, England and Croatia later in June, in what will be the country’s first major tournament games for 23 years.

Clarke told Sky Sports News: “We want to be at our best in the tournament and that’s still a little bit away so we’ll use the two friendly matches to try and get better.

“I think when you look at Group D and the opposition we’re up against, England and Croatia are World Cup finalists and semi-finalists, Czech Republic we all know are a really good team, we played against them recently so we expect tough games.

“The game against the Netherlands should stand us in good stead for the tournament.”