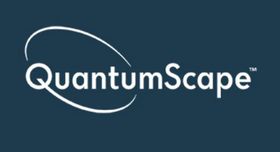 QuantumScape Corp., an EV battery startup that went public via a reverse merger, said it’s seeking to raise as much as $859 million to fund expansion of a battery pilot line.

Shares of the San Jose, Calif.-based company have rallied 18 percent since Feb. 15, the day before it announced it had cleared a key hurdle in the development of its solid-state battery tech. At the time, it also said it would build a 200,000-square-foot pilot line in California to make prototype cells for its partner, Volkswagen Group, and other potential automotive customers.

The company is now seeking to more than double the capacity of that pilot line, dubbed QS-0, it said in a regulatory filing Monday. QuantumScape seeks “to provide more prototype cells to Volkswagen” as well as other automakers and “prospective customers in other industries,” according to the filing.

The company will use proceeds from the share sale to build the pilot line and secure a lease for the pilot production line in the second half of 2021 with the aim of starting production of prototype cells in 2023.

Shares of QuantumScape fell as much as 9.5 percent to $58.20 in after-market trading in New York after the share sale was disclosed. The offering is expected to be priced after the market closes on March 24, according to a person familiar with the matter.

QuantumScape’s stock spiked late last year after it merged with the blank-check company, Kensington Capital Acquisition Corp. and has been subject to wild swings since then.

It is among a group of companies developing solid-state batteries — an innovation that could dramatically speed up EV adoption. The batteries are seen as a safer, cheaper alternative to the lithium-ion batteries currently used in the industry.

Proceeds will also be used to fund its portion of a battery manufacturing facility that it plans to build as part of a 50-50 joint venture with Volkswagen. That facility, dubbed QS-1, will produce 21 gigawatt hours of batteries.

Volkswagen has committed to using QuantumScape’s battery technology in its EVs via a joint venture — if enough batteries can be produced and at competitive prices.