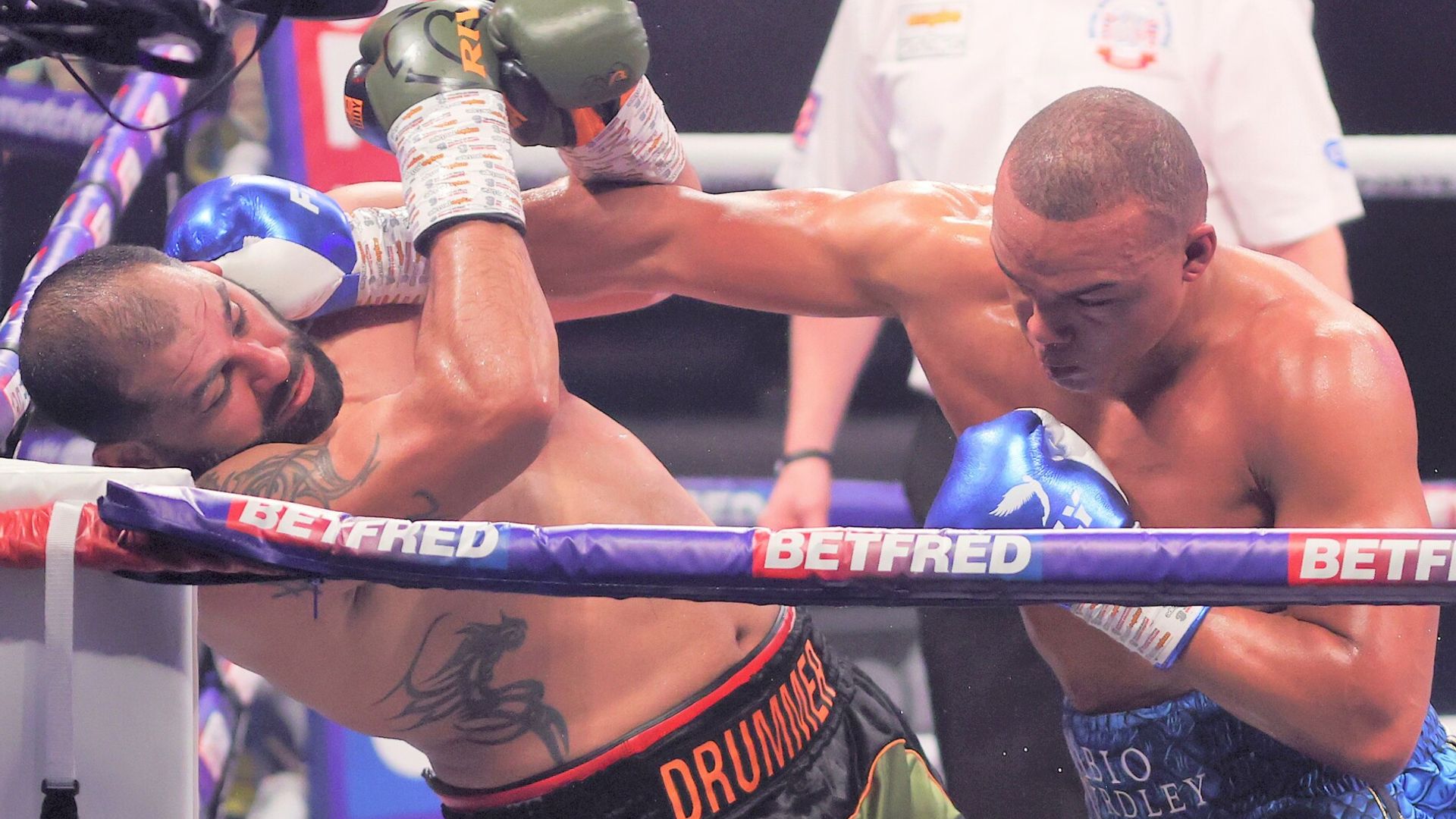 Fabio Wardley savagely stopped Eric Molina, just seconds after being hurt, in an explosive ending to their heavyweight fight in Gibraltar.

The unbeaten 26-year-old took a sizeable step up in class against Molina, a two-time world title challenger, and produced a destructive response to stop the Texan in the fifth round.

Stabbing out stiff jabs, Wardley sized up Molina in the opening minutes, and then found the range for a sharp right hand.

Molina issued a warning in the second round, ramming in a thudding right hand, but Wardley responded with a crisp right of his own in the third.

The 38-year-old was warming to the task, catching Wardley with short right hands in the fourth, but the fight reached a sudden conclusion in the next.

Another right hand shook Wardley, prompting vicious counter punches that sent Molina crashing onto his back.

He slowly rose from the canvas, with the referee waving it off, despite Molina’s protests.

Watch Povetkin vs Whyte 2 on Saturday, live on Sky Sports Box Office, from 6pm. Book it via your Sky remote or book it online here. Even if you aren’t a Sky TV subscriber you can book and watch it here.

Previous articleIPL 2021: ‘Re-signing’ by Harbhajan Singh reviewed in at Kolkata Knight Riders
Next articleBahrain GP: Max Verstappen clocked a best lap in one minute and 28.997 seconds during the qualifying session.