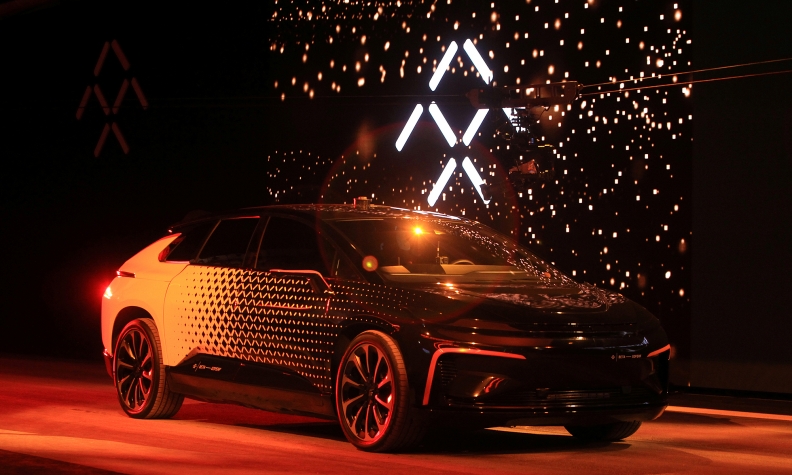 A Faraday Future FF 91 electric car arrives on stage during an unveiling event at CES in Las Vegas on Jan. 3, 2017.

Faraday Future has selected Velodyne Lidar Inc. as an exclusive supplier for its flagship luxury electric car FF 91, which is due to be launched next year, the sensor maker said on Thursday.

Lidar, which stands for light detection and ranging, is a remote sensing system that generates a three-dimensional map of the road ahead for vehicles and also helps with applications such as augmented reality in smart devices.

The deal comes days after the sensor maker signed a multiyear sales agreement with Silicon Valley self-driving startup Gatik, to use its lidar technology in on-road transportation networks.

Faraday Future, which agreed to be taken public by the blank-check firm Property Solutions Acquisition Corp. in January, initially planned to launch its FF 91 car in 2019. However, it faced multiple production delays owing to financing issues.

The Los Angeles-based electric vehicle maker now plans to launch the FF 91 within 12 months of closing its merger with Property Solutions.