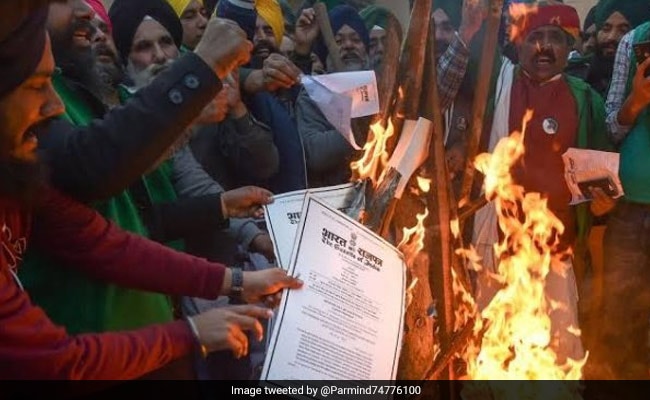 The protesting farmers celebrated Holi at the borders and maintained that their agitation will continue till the farm laws are repealed and a separate law on minimum support price is enacted, it said in a statement.

The Samyukta Kisan Morcha (SKM), a joint front of farmer unions, also said that it will observe “FCI Bachao Diwas” on April 5, adding that offices of the Food Corporation of India (FCI) will be gheraoed from 11 am to 5 pm across the country.

“The government has made several attempts to end the minimum support price (MSP) and public distribution system (PDS) indirectly. The FCI’s budget has also been reduced over the last few years. Recently, the FCI also changed the rules for procurement of crops,” the statement said.

The SKM also condemned the passage of the Haryana Recovery of Damages to Property during Disturbance to Public Order Bill, 2021 by the Haryana Assembly, saying it aims to suppress agitations.

“It contains dangerous provisions that would surely prove fatal to democracy,” the body added.