For startup, the 5-minute full EV charge is elemental 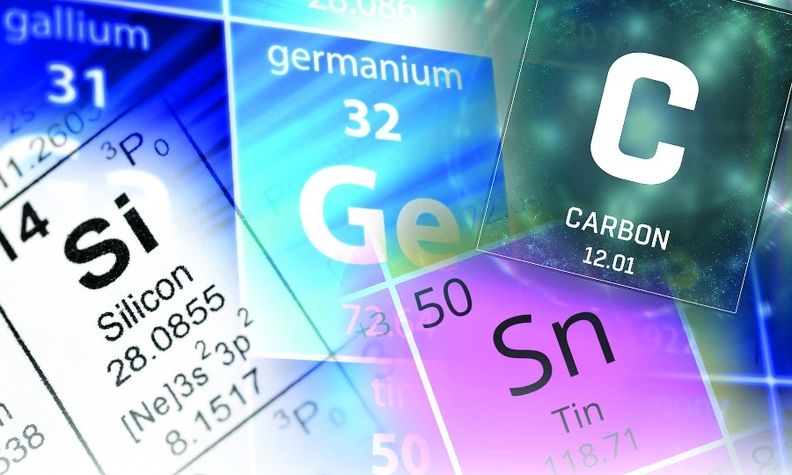 Electric vehicle batteries cannot be recharged at consistently high rates of power because of a phenomenon that occurs when a cell is stressed, known as lithium plating. Nanoscopic needlelike formations called dendrites grow, and over time they can puncture the separator, causing a short circuit in lithium ion batteries that use conventional liquid-based electrolytes.

StoreDot, an Israeli battery startup, believes it has the solution: Substitute the carbon in the graphite anode with atoms such as silicon that are in the same group on the periodic table. These exhibit similar properties because of one unifying trait — no matter how many protons they have, they all have four electrons available that can each react to form a distinct chemical bond, just like carbon. StoreDot CEO Doron Myersdorf, 58, spoke with Automotive News Europe Correspondent Christiaan Hetzner about why this helps battery cells fully charge in five minutes. Here are edited excerpts.

Q: Extreme fast charging of batteries would eliminate one of the biggest pain points for mass adoption of EVs. How have you solved the problem of lithium plating that limits cell longevity and can cause safety concerns?

A: This is inherently related to the graphite in the anode. Carbon is extremely stable, so charged lithium ions can be neatly stacked in its crystalline lattice structure like books stored on library shelves. But the Nobel Prize- winning scientists that designed this technology didn’t necessarily have speed of charging in mind. The disadvantage of carbon is its high electrical resistance, which is what causes the dendrites during extreme fast charging. However, if you replace carbon with silicon, germanium or tin, the anode becomes more conductive, allowing ions to diffuse into the active material far more quickly.

Are these carbon group elements as stable as their namesake?

This is where the challenge lies. Silicon, germanium and tin tend to lose their elasticity after a number of cycles. A micron-sized particle of silicon exhibits swelling and can eventually detach itself from the surface of the anode and become a safety hazard as well. Therefore, instead of an inflated basketball, we are using many, many golf balls, so to speak. These nanoscale silicon particles might swell, but you still have enough room to manage this inside the 3D molecular structure of the anode.

StoreDot’s cathode still uses the familiar nickel manganese cobalt chemistry. Do you use an unconventional electrolyte or separator?

For the separator, no, but for the electrolyte, to a degree, yes. You see the chemical reaction is not fully reversible. It creates undesired deposits of electrolyte residue on the anode, releasing gases in the cell and further contributing to swelling. Therefore, to counteract this, we use certain synthesized molecules as an additive in the liquid electrolyte. Moreover, while we do use [nickel manganese cobalt] as the cathode active material, we employ a coating to better protect it, as it, too, can be damaged.

What else is unique about StoreDot’s technology?

We benefit here in Israel from a wealth of scientists who are experts in artificial intelligence. Each battery cycler uploads information into the cloud every two seconds. This includes the cell’s heat, resistance, swelling and coulombic efficiency. With the help of machine learning, these experts analyze the vast amount of data generated from the continuous charge and discharge cycles to determine which formulation gives us the best results. This is then fed back into our rapid R&D prototyping process.

Does the five-minute charge time come with penalties such as reduced range?

The Gen 1 samples we sent to potential customers as proof of concept were based mostly on germanium, which is not cost affordable. Most of our efforts currently are focused on transitioning to silicon and tin. For our Gen 2 extreme fast charging cell, we already have an energy density of 240 watt-hours per kilogram, and by the end of this year, we aim to have a longevity of 1,000 cycles. Our road map then foresees reaching 440 Wh/kg when our Gen 3 cells arrive in 2028.

Will solid-state batteries still be needed?

This is an obstacle, as it does not make sense to overdesign for fast speeds when the infrastructure does not allow for it. That is why it was important to us to have strategic backers that cover the entire ecosystem, starting with TDK and Samsung SDI in manufacturing, going through automakers such as Daimler, all the way to infrastructure providers such as BP, our most recent investor. BP’s German subsidiary, Aral, is already installing charge points with 350 kilowatts.

What kind of cell format is the most suitable for your product?

With prismatic cells you gain a hard, outer case that exerts pressure on the chemical reactions going on inside, which can help longevity by mitigating some of the undesirable reactions I spoke about earlier. But you pay the price in terms of lower energy density, both in volumetric and gravimetric terms. Therefore, we opted for a soft pouch cell format. Following Tesla’s Battery Day in September, however, we immediately started developing cylindrical cells in parallel. Tesla’s decision to get rid of the module is smart, as it can reduce costs by 10 to 15 percent. My goal is to put a 4860 [cylindrical] cell that charges in five minutes on Elon Musk’s desk.

Other automakers do not like the cylindrical format because rectangular cells are easier to stack, so more can be packed into a given space. How do you overcome this?

What keeps me up at night is really the problem of cooling. Even if we reduce the electrical resistance in our cells, the fact remains we are conducting 350 kW of energy into the pack. If only 5 percent of this is heat, it is still enough to power five kitchen ovens, and this has to be dissipated from the pack in real time. We still work on the active cooling of the pouches, but it does require us to leave space between our pouch cells. If you take cylindrical cells, by comparison, their arrangement inherently creates gaps, which can be good when it comes to cooling. Tesla uses an epoxy between all the cells that actually acts as a heat dissipation medium.

In the semiconductor industry, it’s common for chipmakers to license out their solutions, with companies using their designs but outsourcing production to foundries. Could you adopt a similar business model given these cells can be integrated into existing lithium ion plants?

In this industry, for a startup with a new technology to succeed, it has to have captive capacity so you can deliver on your promises to a car customer. We do not have the mass production know-how, so we want to work together with a Tier 1 partner. Because batteries like our Gen 2 are highly complex, you cannot just license it out, however. It is something that has to be done jointly. The cost advantage our technology offers means companies have no need to change their production line equipment; we are only replacing the materials.

Do you have access to an industrial-scale supply of nanometer-sized silicon?

Unlike other startups that research in the lab for years and then think about production, we have already begun building all the supply chain partnerships we need — including the upstream suppliers that can process nanomaterials. Scaling this up is in process, and it is a major challenge, but we believe we can get it below the price point of graphite. As a result, we hope to start mass production of automotive grade cells in 2024.

Does StoreDot need to raise additional capital to enable the rollout?

We still have about three years of funds in the bank, but the sentiment in the markets for startups like ours is very positive. I think we should consider taking advantage of that, as it would definitely help us accelerate development. We are looking at different funding options, including private equity and financial markets. We have also been approached by a number of [special-purpose acquisition companies], and it would be silly not to consider them, as the valuations they offer for our business are relatively high.

Previous articleJonny Bairstow slams Sunil Gavaskar: “My phone is on. He can call me or send me a message about interest in test cricket. ‘
Next articlePrayed To Maa Kali To Free World Of Covid: PM Visits Temple In Bangladesh