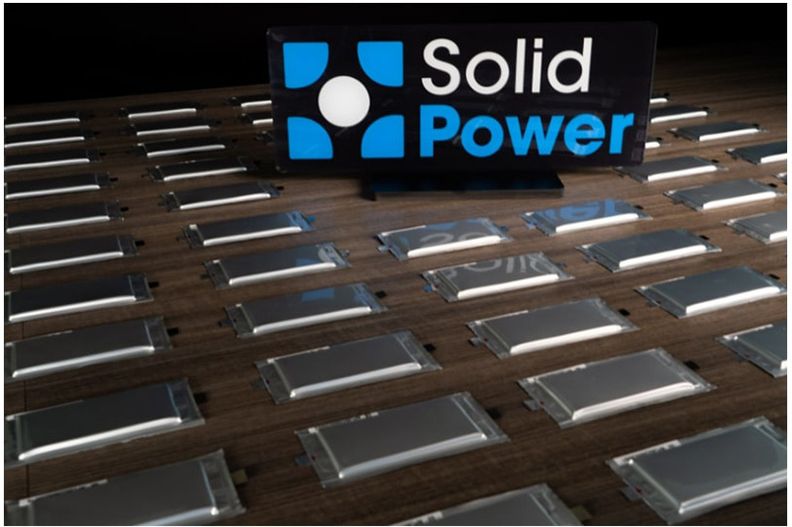 Solid Power, a maker of solid-state batteries that counts Ford Motor Co. and BMW AG among its investors, is in talks to go public through a merger with Decarbonization Plus Acquisition Corp. III, according to people with knowledge of the matter.

The blank-check firm is seeking to raise more than $100 million in new equity to support a transaction that’s set to value the combined entity at about $1.2 billion, including debt, one of the people said. Terms could change and as with all deals that aren’t finalized, it’s possible talks could collapse.

A Solid Power representative didn’t immediately respond to a request for comment. A Decarbonization Plus spokesman declined to comment.

Colorado-based Solid Power raised $130 million last month in a round led by Ford, BMW and Volta Energy Technologies LLC, funding that the company said would help it start producing automotive-scale batteries on its production line early next year. “Solid-state battery technology is important to the future of electric vehicles, and that’s why we’re investing in it directly,” Hau Thai-Tang, Ford’s chief product platform and operations officer, said in a statement at the time.

Solid Power is among companies trying to develop solid-state batteries, an innovation that holds the promise of dramatically speeding up electric-vehicle adoption by providing automakers with a safer, cheaper alternative to lithium-ion batteries.

The Decarbonization Plus SPAC is an affiliate of Riverstone Investment Group. Led by CEO Erik Anderson, it raised $350 million in a March initial public offering.

QuantumScape Corp., the solid-state battery developer that counts Volkswagen AG as its biggest shareholder, became a public company through a SPAC merger. Its market value as of Tuesday afternoon was around $12.3 billion.

Previous article“Narrating This Premium Documentary Was An Emotional Journey For Me”
Next articleWe know that about die hacked phone operation, die Mafias caused