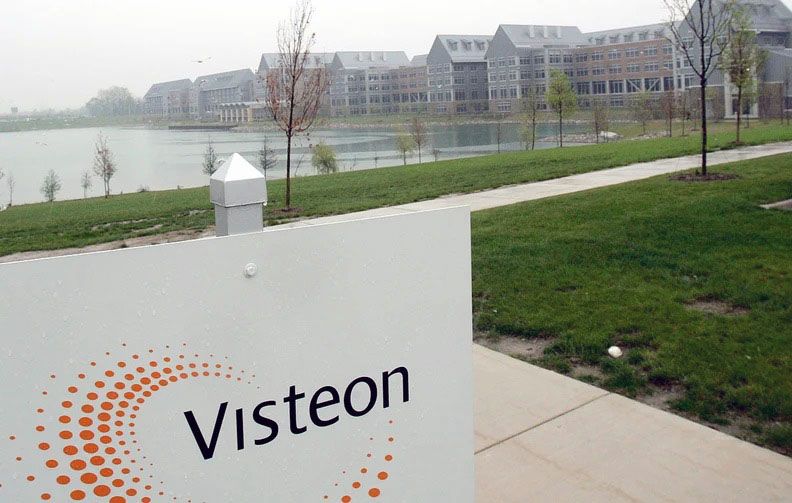 The automotive cockpit electronics supplier said in a quarterly filing Thursday that semiconductor suppliers have at times been unable to deliver sufficient chips.

“This has led certain customers to allege that the company has contributed to production reductions,” Visteon said, referring to itself. “As a result, these customers have communicated that they expect the company to absorb some of the financial impact of those reductions and are reserving their rights to claim damages arising from the supply shortages.”

Ford, which spun off Visteon in 2000, is still Visteon’s largest customer by far, according to data compiled by Bloomberg. The automaker accounted for 22 percent of the supplier’s revenue last year, followed by 11 percent apiece for Mazda Motor Corp. and BMW AG.

Visteon’s disclosure follows Ford’s warning Wednesday that it expects scarce chip supplies to be a $2.5 billion drag on earnings this year. The maker of F-Series pickups and Mustang sports cars expects to lose about 50 percent of planned second-quarter production due to the shortage.

Also Wednesday, Visteon said its performance in the second half of 2020 allowed it to zero in on growth strategies during the first quarter of 2021.

The supplier swung to net income of $16 million for the first quarter from a loss of $35 million during the pandemic-damaged first quarter of 2020. Sales improved 16 percent to $746 million.

Visteon also launched six new products, most of them digital clusters, in the quarter. The company said it expects to launch more than 50 products during the year.

“Following our strong performance in the second half of 2020, Visteon continued to execute its growth strategy in the first quarter of 2021,” CEO Sachin Lawande said in a statement. “The $1.8 billion of new business booked in the first quarter shows the strength of our core products and their alignment with the key industry trends of digitalization and electrification.”

The suburban Detroit company ranks No. 69 on the Automotive News list of the top 100 global suppliers, with worldwide parts sales to automakers of $2.94 billion in 2019.

Craig Trudell of Bloomberg and CJ Moore of Automotive News contributed to this report.