Rest in peace to these Hollywood legends. The celebrity deaths of 2021 include Larry King, Bond Girl Tanya Roberts, and other recently passed stars we’ve lost.

It’s no secret that 2020 wasn’t the start of the decade the world hoped for. From the current health situation to the loss of stars like Kobe Bryant, Naya Rivera, and Chadwick Boseman, there were many reasons to mourn in 2020. “Kobe was known as a fierce competitor on the basketball court. The greatest of all time, a writer, an Oscar winner, and the Black Mamba. But to me he was KobKob, my Boo-Boo, my Bae-Boo, my papi chulo. I was his VeBe, his principessa, his reina, Queen Mama,” Kobe’s wife, Vanessa Bryant, said at his memorial in February 2020 after he and his 13-year-old daughter, Gianna, died in a helicopter crash in California.

In a statement on Boseman’s Instagram in August 2020, the Marvel star’s family confirmed that he died after a four-year battle with colon cancer. “It is with immeasurable grief that we confirm the passing of Chadwick Boseman,” his family wrote. “Chadwick was diagnosed with stage III colon cancer in 2016, and battled with it these last 4 years as it progressed to stage IV.”

As expected of all things in life, 2021 also lost many celebrities. Ahead are the celebrity deaths of 2021 so far that we’ll remember until the end of time. 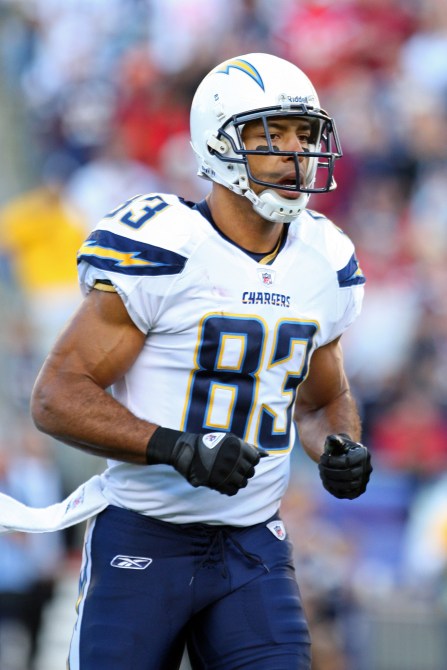 Former NFL wide receiver Vincent Jackson was found dead in his hotel room in Brandon, Florida, on February 15, 2021. His death prompted an investigation by local police. In a statement from the Hillsborough County Sheriff’s Office, officials state that Jackson had checked into his room at the Homewood Suites in January. He was discovered at 11:30 a.m. on February 15 by a housekeeper. There were no noticeable signs of trauma.

“My heart aches for the many loved ones Vincent Jackson leaves behind, from his wife and children to the Buccaneers nation that adored him,” sheriff Chad Chronister said in a statement at the time. “Mr. Jackson was a devoted man who put his family and community above everything else. Football aside, he touched countless lives through his Jackson In Action 83 Foundation. We shared a passion for supporting military families, and three years ago, Jackson was even made an honorary deputy by the Hillsborough County Sheriff’s Office to recognize his dedication to the community.”

He continued, “He will be sorely missed by not only football fans across the country, but also the people here in Hillsborough County who reaped the benefits of his generous contributions.”

Five days before he was found, Jackson’s family reported him missing. However, on February 12, authorities confirmed that they spoke with Jackson after they found where he was staying. The missing person case was dismissed. Before his death, Jackson played for the San Diego Chargers and the Tampa Bay Buccaneers. 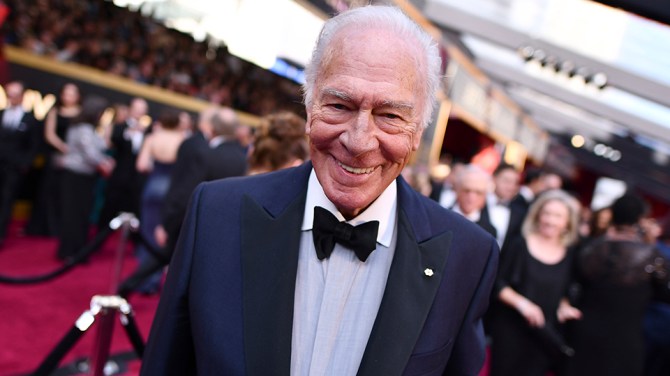 Christopher Plummer, known for roles in films like The Beginners, died at 91 on Friday, 5, 2021, in his home in Connecticut. His wife of 53 years, Elaine Taylor, was by his side. Plummer is an Oscar, Emmy, and Tony winner. His manager of 46 years, Lou Pitt, confirmed the news in a statement to Entertainment Tonight.

“Chris was an extraordinary man who deeply loved and respected his profession with great old fashion manners, self deprecating humor and the music of words,” the statement read. “He was a National Treasure who deeply relished his Canadian roots. Through his art and humanity, he touched all of our hearts and his legendary life will endure for all generations to come. He will forever be with us.” 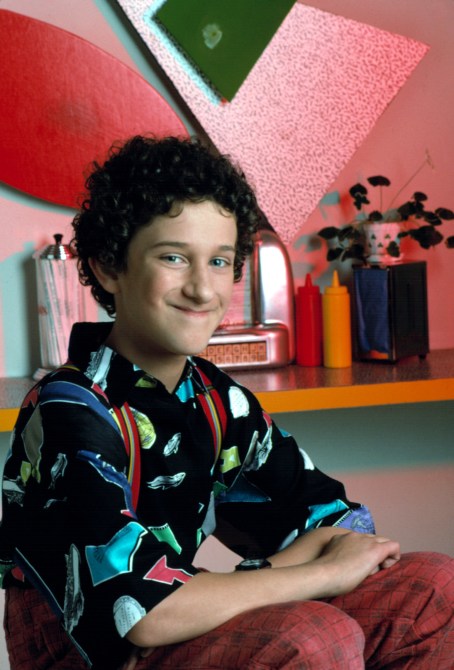 Dustin Diamond, who is best known for his role as Screech in Saved by the Bell, died at the age of 44 on February 1, 2021, due to carcinoma. He was diagnosed with cancer and hospitalized three weeks before his death. “In that time, it managed to spread rapidly throughout his system; the only mercy it exhibited was its sharp and swift execution,” Diamond’s agent, Roger Paul, said in a statement to Variety. “Dustin did not suffer. He did not have to lie submerged in pain. For that, we are grateful.”

His agent continued, “We are aware that Dustin is not considered reputable by most. He’s had a history of mishaps, of unfortunate events. We want the public to understand that he was not intentionally malevolent. He — much like the rest of those who act out and behave poorly — had undergone a great deal of turmoil and heartache. His actions, though rebukeable, stemmed from loss and the lack of knowledge on how to process that pain properly. In actuality, Dustin was a humorous and high-spirited individual whose greatest passion was to make others laugh. He was able to sense and feel other peoples’ emotions to such a length that he was able to feel them too—a strength and a flaw, all in one.” 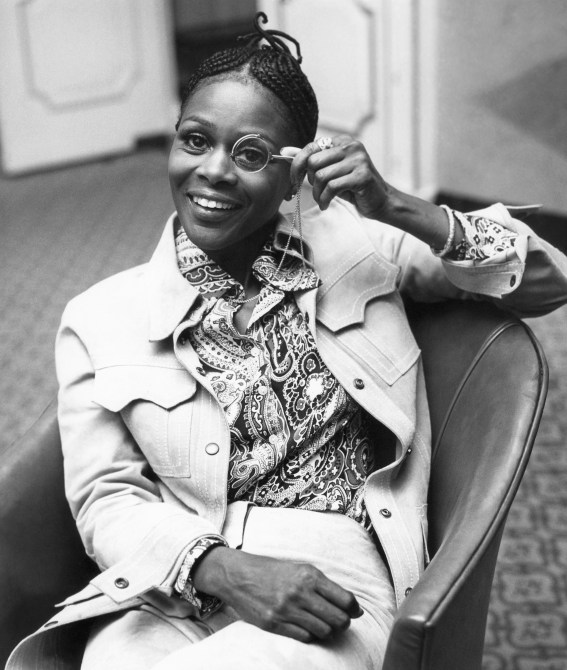 Tyson, who starred in movies like Odds Against Tomorrow and The Comedians, died on January 28, 2021. She was 96. “I have managed Miss Tyson’s career for over 40 years, and each year was a privilege and blessing,” her manager, Larry Thompson, said in a statement at the time. “Cicely thought of her new memoir as a Christmas tree decorated with all the ornaments of her personal and professional life. Today she placed the last ornament, a Star, on top of the tree.” Tyson’s death came days after she released her memoir, Just As I Am, which followed her life and career as a trailblazing Black actress in Hollywood. 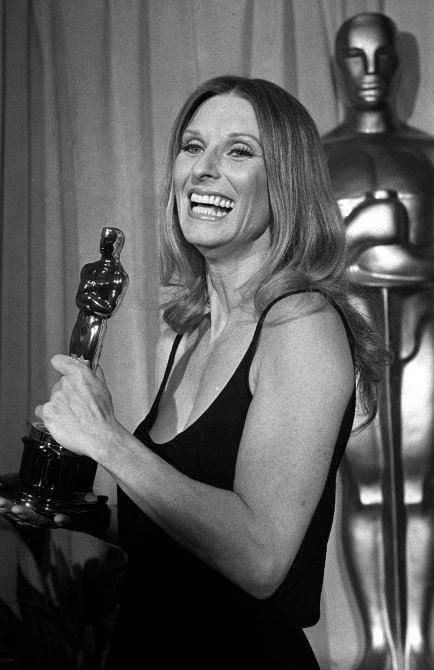 Leachman—an Oscar and Emmy winner best known for her role as Phyllis Lindstrom on The Mary Tyler Moore Show—died of natural causes on January 26, 2021. She passed away at her home in Encinitas, California, with her daughter, Dinah, by her side, according to TMZ. “She had the best life beginning to end that you could wish for someone,” Leachman’s son told the site. “She left everyone with a lot of love.”

Leachman’s manager, Juliet Green, also confirmed her death in a statement to People. “It’s been my privilege to work with Cloris Leachman, one of the most fearless actresses of our time. There was no one like Cloris,” she said. “With a single look she had the ability to break your heart or make you laugh till the tears ran down your face. You never knew what Cloris was going to say or do and that unpredictable quality was part of her unparalleled magic.”

She continued, “She loved her children and her grandchildren ferociously. A lifelong vegetarian, she was a passionate advocate for animal rights. The family requests that any donations in her name be made to PETA or Last Chance for Animals.”

News broke that King had on January 24, 2021, after he was hospitalized with COVID-19. He was 87. His family confirmed his death on his Instagram. “We are heartbroken over our father’s death, and together with our extended family mourn his passing,” his kids, Larry Jr, Chance, and Cannon, wrote. “The world knew Larry King as a great broadcaster and interviewer, but to us, he was ‘dad.’ He was the man who lovingly obsessed over our daily schedules and our well-being, and who took such immense pride in our accomplishments — large, small, or imagined.”

The statement continued, “And, through it all, we knew without a doubt in the world that he loved us more than life itself. He was an amazing father, and he was fiercely loyal to those lucky enough to call him a friend. We will miss him every single day of our lives. The outpouring of love and the remembrances of his remarkable career have touched us deeply and we are so thankful. In lieu of flowers, we kindly ask consideration of a donation to the American Heart Association or the Beverly Hills Fire Department EMS, to which a debt of gratitude is owed for the wonderful care they provided to our dad in his final years. With deep appreciation, Larry King, Jr., Chance King, and Cannon King.”

Brant, the son of supermodel Stephanie Seymour and publisher Peter M. Brant, was reported dead on January 19, 2021. He was 24. “It is with enormous sorrow that we share with you the news that our beloved son, Harry Brant, lost his battle with addiction and died due to an accidental overdose of prescription medication. Our hearts are shattered. Harry wanted to overcome his addiction and was just days away from re-entering rehab,” Seymour and Brant said in a statement to USA TODAY. “We will forever be saddened that Harry’s life was cut short by this devastating disease.”

Naomi Campbell, a godmother to Brant, mourned him in an Instagram post after the news of his death. “It’s taken me a few days to get my head around this to digest my BEAUTIFUL GODSON HARRY BRANT HAS GONE TO THE SPIRITUAL WORLD,” she said wrote.

Roberts, best known for her role in the Charlie’s Angels TV series and as a Bond Girl in 1985’s A View to Kill, died on January 4, 2021, after she collapsed on Christmas Eve the week before. She was 65. Her death came after she was reported dead the day before, on January 3, 2021, when she was, in fact, still alive. Her family confirmed her death the day after.

TMZ reported that Roberts’ death was misreported after her partner of 18 years, Lance O’Brien, saw her in the hospital and assumed she was dead. “[He] went to the hospital, and as he sat in her room she opened her eyes and tried to grab on to him, but her eyes closed and she ‘faded.’ He said he was devastated and walked out of the room and then the hospital and never spoke with medical staff,” TMZ reported.

Previous articleAfter killing 13 Turks, the leader of the opposition opens fire on Erdogan
Next articleJamal Musiala: England and Germany set for battle over Bayern Munich star |