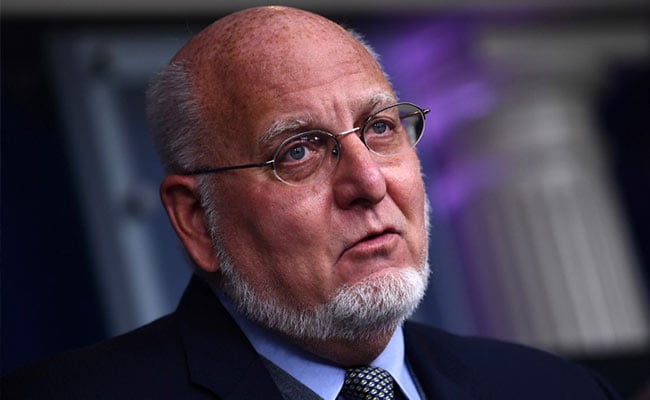 The former chief of US Centers for Disease Control and Prevention said he was offering “only an opinion.

The former director of the US Centers for Disease Control and Prevention believes the coronavirus escaped from a laboratory in China, he said in an interview that aired Friday.

Robert Redfield, who served in the top public health role under former president Donald Trump, told CNN: “If I was to guess, this virus started transmitting somewhere in September, October, in Wuhan, China.”

Stressing he was offering “only an opinion,” he added: “I am of the point of view that I still think the most likely etiology of this pathogen in Wuhan was from a laboratory, escaped.”

“Other people don’t believe that. That’s fine — science will eventually figure it out. It’s not unusual for respiratory pathogens that are being worked on in a laboratory to infect a laboratory worker.”

The central Chinese city is home to the Wuhan Institute of Virology, which has experimented extensively with bat coronaviruses.

“That’s not implying any intentionality, it’s my opinion. But I am a virologist, I have spent my life in virology,” Redfield added.

“I do not believe this somehow came from a bat to a human and, at that moment in time, the virus that came to the human became one of the most infectious viruses that we know in humanity for human-to-human transmission.

“Normally when a pathogen goes from a zoonotic to human, it takes a while for it to figure out how to become more and more efficient in human-to-human transmission. I just don’t think this makes biological sense.”

CNN host Sanjay Gupta asked Redfield if he thought the virus was engineered inside the lab to become more efficient at transmission.

The former CDC director replied: “Let’s just say I have coronavirus that I’m working on.”

“Most of us in the lab, we’re trying to grow virus. We try to help make it grow better and better… so we can do experiments and figure out about it.”

Redfield’s views are at odds with the dominant theory among experts that the SARS-CoV-2 virus, which is genetically related to coronaviruses in bats, crossed into humans naturally, probably via an intermediate animal.

A large proportion of the initial cases reported in December 2019 and January 2020 were directly linked to the Huanan Seafood Wholesale Market in Wuhan City, which sold seafood as well as wild and farmed animal species.

It is suspected that the market could have been the source of the outbreak, or played a significant role in amplifying it.

Asked at a briefing what he thought of Redfield’s opinion, Anthony Fauci, who leads the National Institute of Allergy and Infectious Disease and is President Joe Biden’s chief medical advisor, said it was unlikely.

“There certainly are possibilities… of how a virus adapts itself to an efficient spread among humans.

“One of them is in the lab, and one of them, which is the more likely, which most public health officials agree with, is that it likely was below the radar screen, spreading in the community in China for several weeks if not a month or more which allowed it, when it first got recognized clinically, to be pretty well adapted.”

Asked to weigh in, current CDC director Rochelle Walensky said: “I don’t have any indication for or against either of the hypotheses that Dr Fauci just outlined.”

The World Health Organization conducted an investigation into the origin of the virus that causes Covid-19 from January to February, and is due to report its findings soon.