Never a bad time to have the Force by your side, Fortnite Battle Royale v22.30 celebrates the arrival of the Original Trio of Star Wars™ Heroes — Luke Skywalker™, Leia Organa™, and Han Solo™ — for Skywalker Week.

During Skywalker Week, take up Luke Skywalker’s lightsabers from A New Hope and Return of the Jedi, drop his X-34 Landspeeder on opponents, and once again shoot with the Stormtroopers’ signature weapon. Also, pick up the Luke Skywalker, Leia Organa, and Han Solo Outfits in the Item Shop starting now! 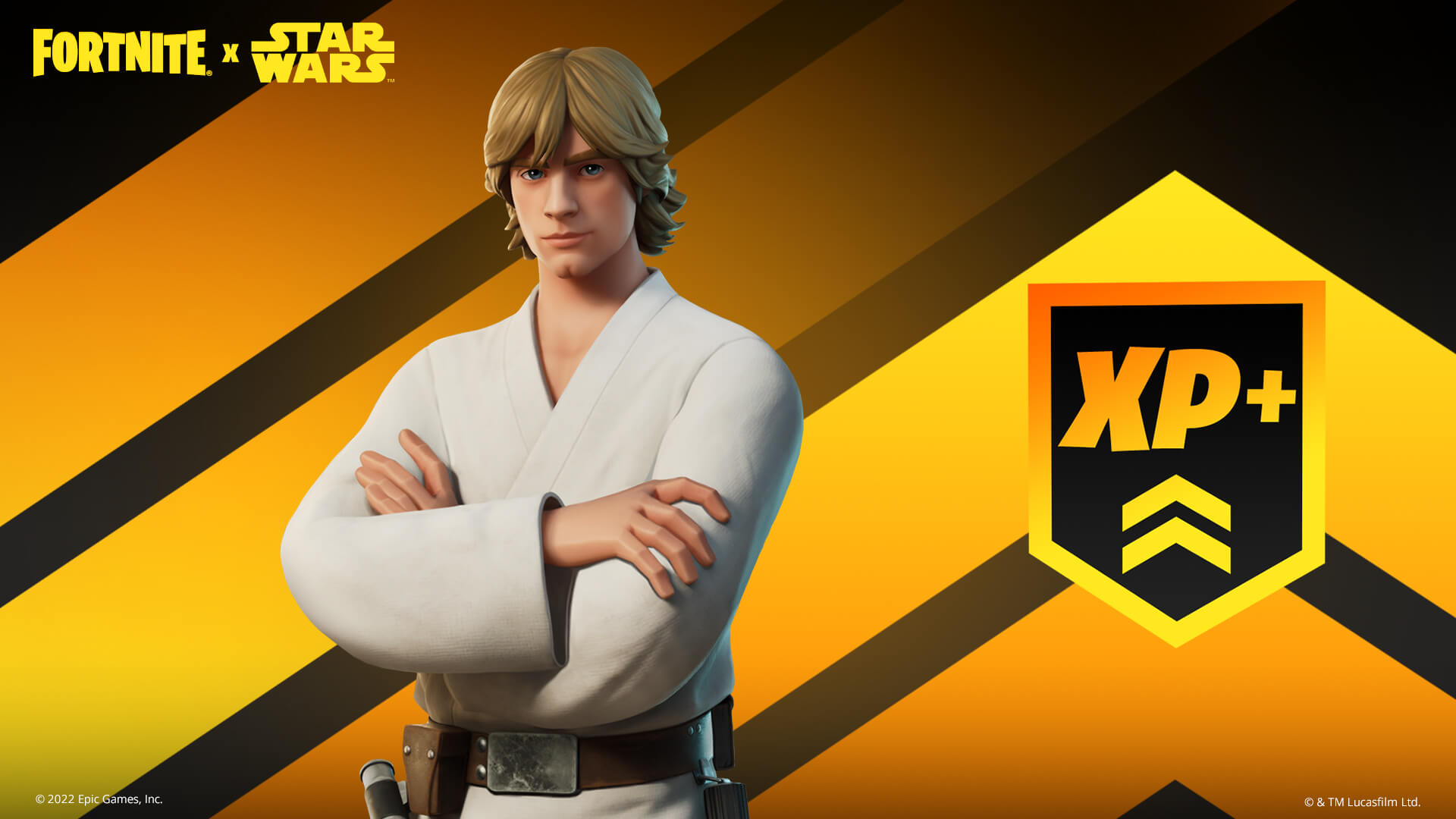 Skywalker Week runs until November 8, 2022, at 9 AM ET. Complete special Quests for XP as you use the Star Wars items available during this time:

Open Imperial Chests and inside you’ll find Luke’s Blue Lightsaber from A New Hope and Luke’s Green Lightsaber from Return of the Jedi! These lightsabers can also be found from the ground and regular Chests.

Darth Vader has begun another campaign for the Island. Like with his last visit, defeat him to collect his dropped lightsaber! In addition to swinging it, use Darth Vader’s Lightsaber to block incoming fire and throw it boomerang-style at enemies.

Stormtroopers are back on the Island too. As with this year’s May the 4th celebration, exchange Bars for one of their E-11 Blaster Rifles! You can also find E-11 Blaster Rifles from the ground, Imperial Chests, and regular Chests.

The Junk Rift is unvaulted for Skywalker Week. But what’s the Junk Rift got to do with Star Wars? This week, there’s a chance it can drop Luke Skywalker’s X-34 Landspeeder! Find Junk Rifts from the ground, Imperial Chests, and regular Chests. 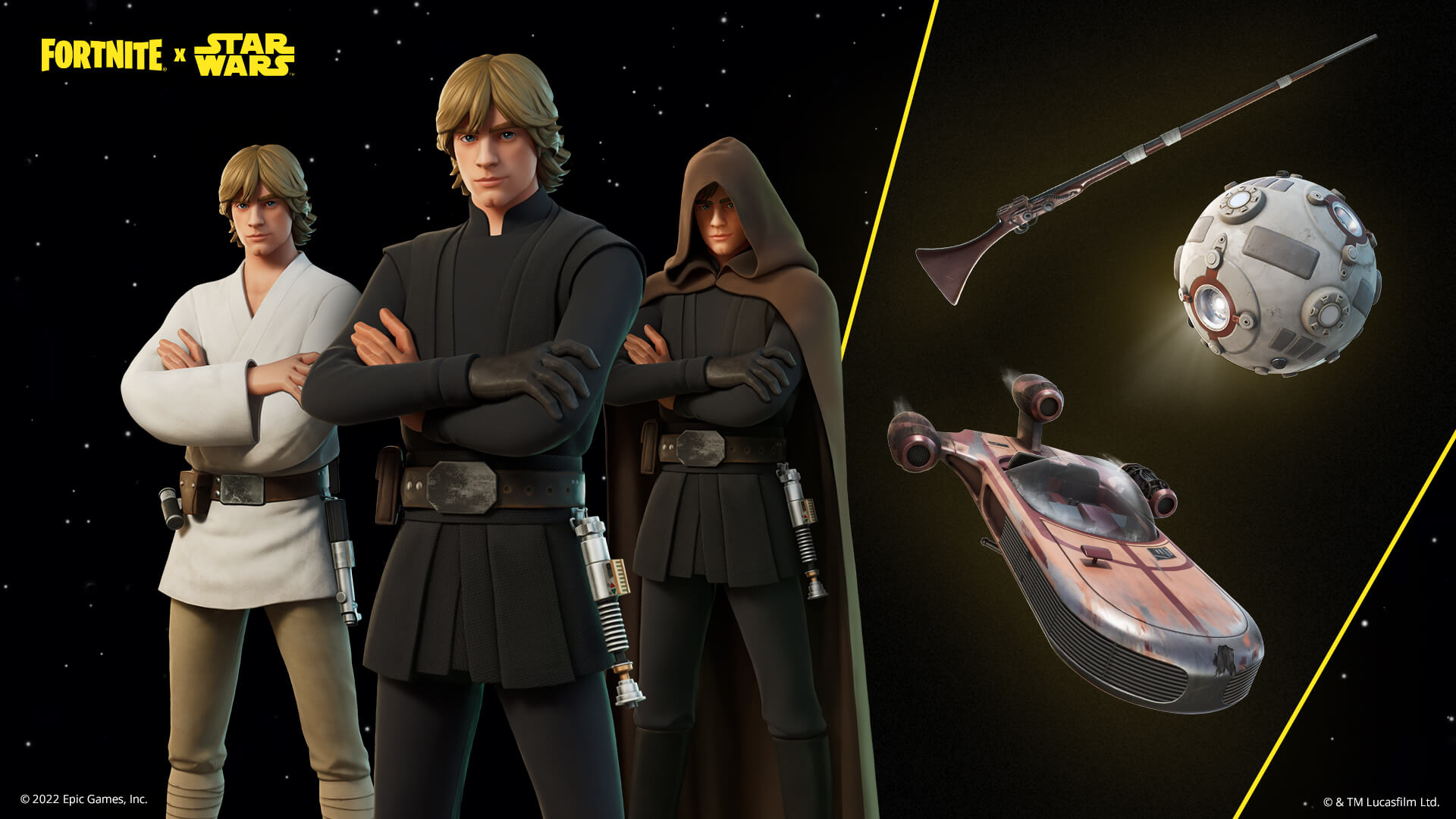 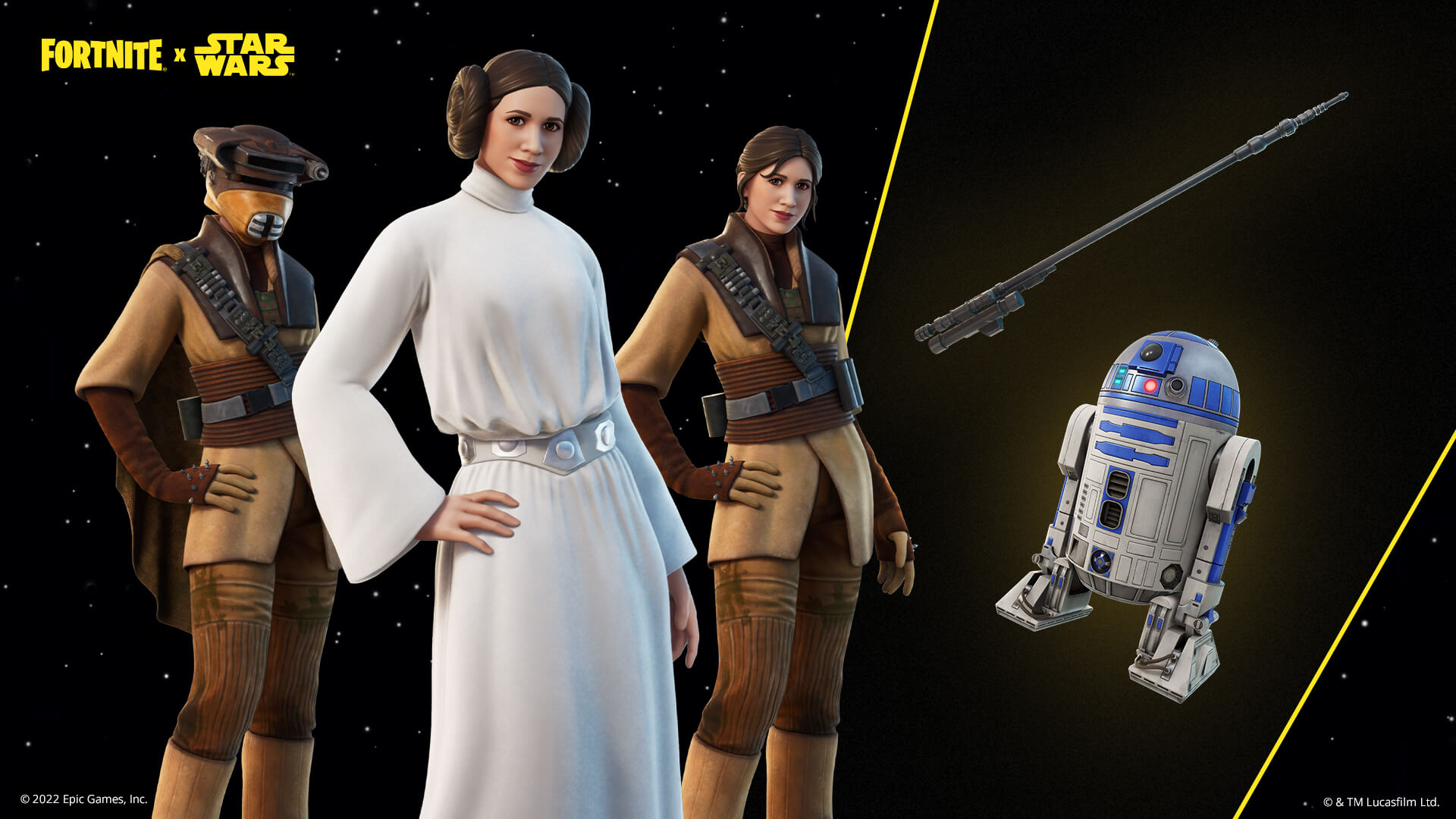 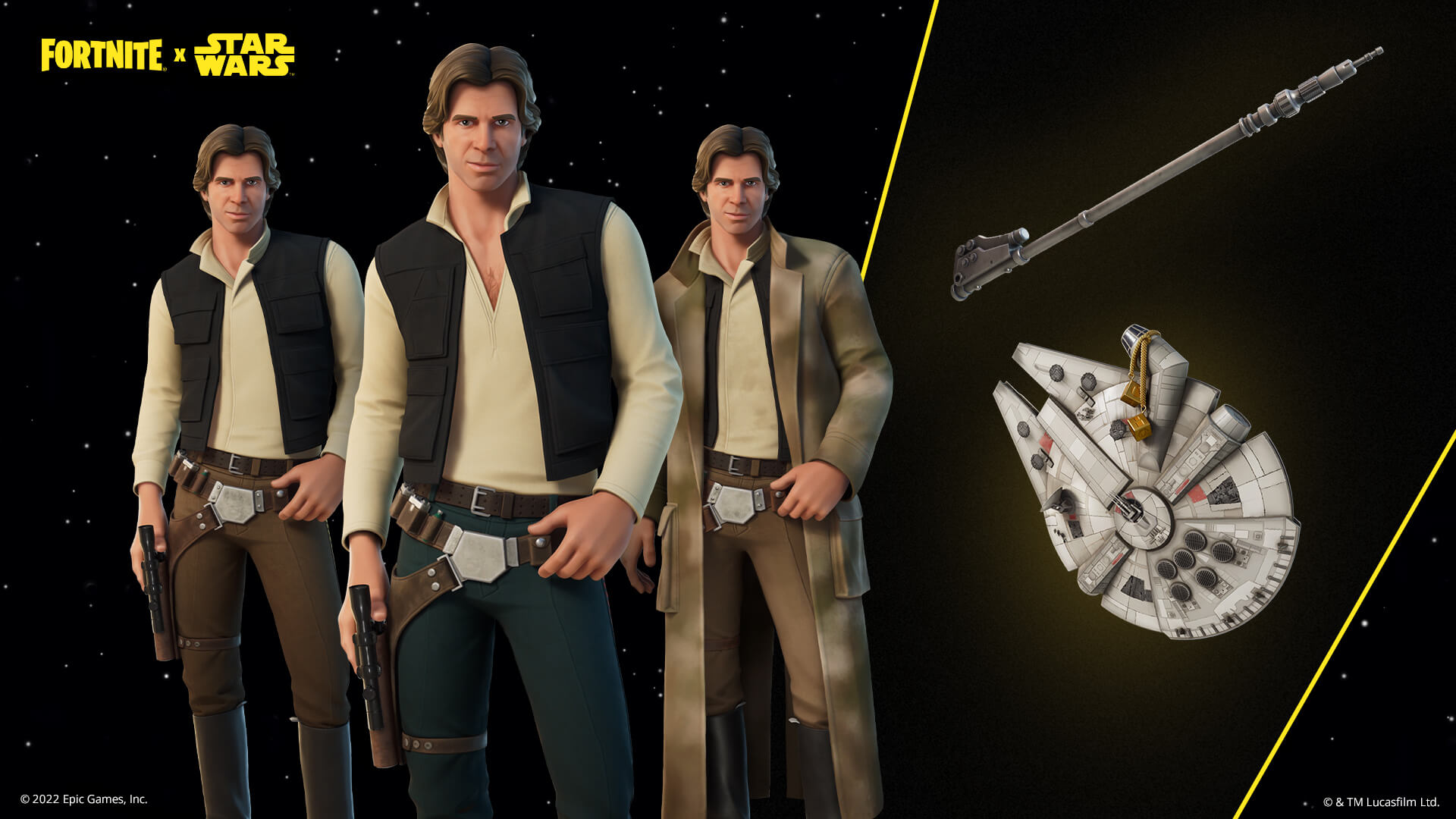 The Pulse Rifle joins the other unvaulted items for the duration of Skywalker Week! Also having played a role in a galactic conflict, find this item from the ground plus regular Chests.

WELCOME TO THE CARVING CORPS

DJ Lyka was the headliner during Fortnitemares 2022 — now it’s Chrome Punk’s time to shine! Just for logging in between now (the release of v22.30) and November 15, 2022, at 2 AM ET, you’ll receive Chrome Punk Goals that’ll remain active until January 1, 2023, at 12 AM ET. Finish these Goals to unlock Chrome Punk’s free Outfit and more!

Whether it’s on the Island or a sporting ground, give it your best and then some.

Inspired by Ralph Lauren’s “1992 Stadium” collection, the iconic streetwear line infused with the worlds of auto-racing and aviation, drop into battle and look good doing it with the Polo Stadium Collection Set. This Set includes new Outfits, Back Blings, and more to inspire you in the face of any challenge, and will be available in the Fortnite Item Shop starting Saturday, November 5, 2022, at 8 PM ET! 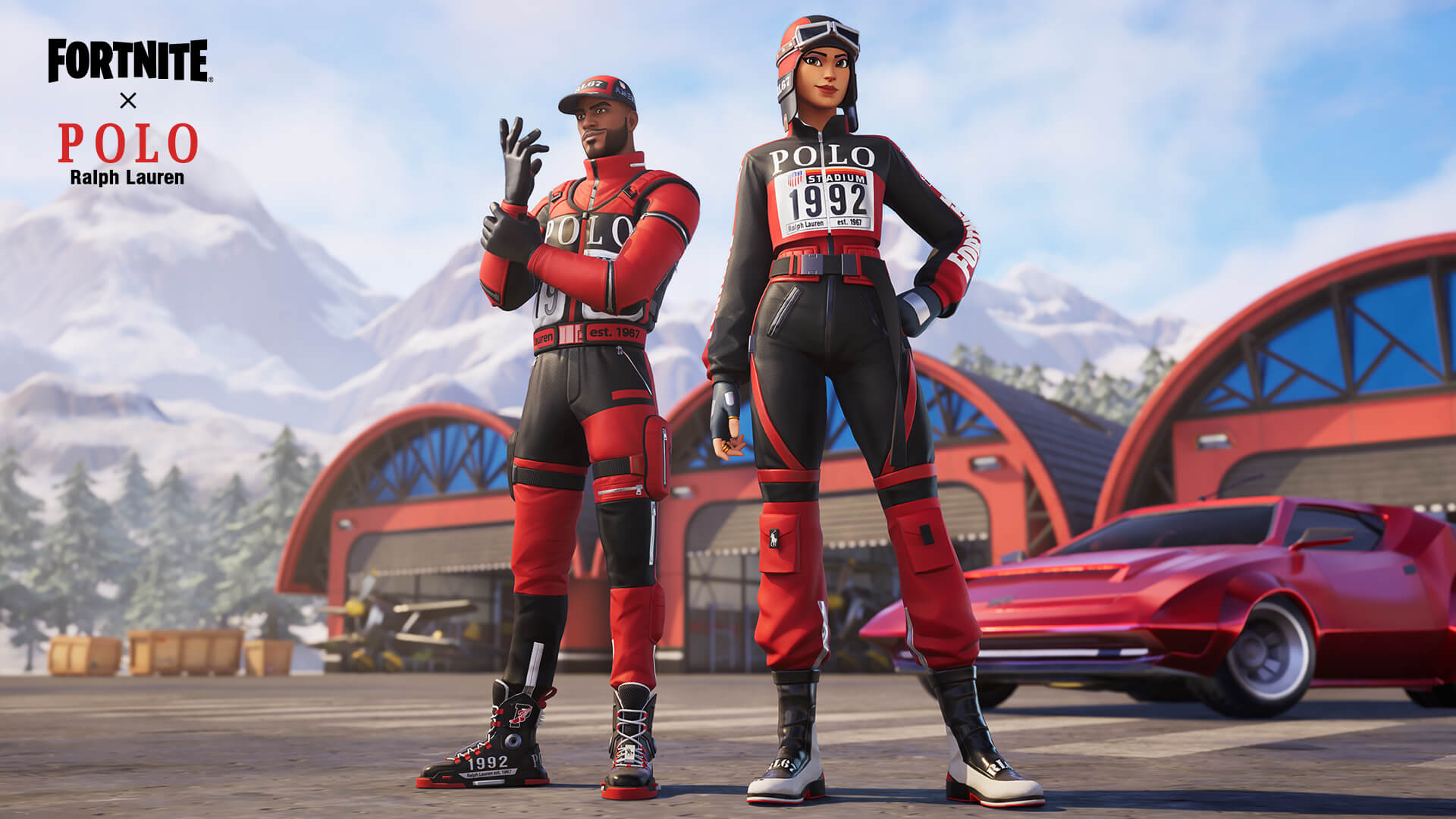 No matter how insurmountable the challenge seems, at least achieve it in style. And speaking of challenges (but one that’s not insurmountable), compete in the Polo Stadium Cup on Friday, November 4, for the opportunity to earn the Outfits, Back Blings, and Emote before they enter the Item Shop. 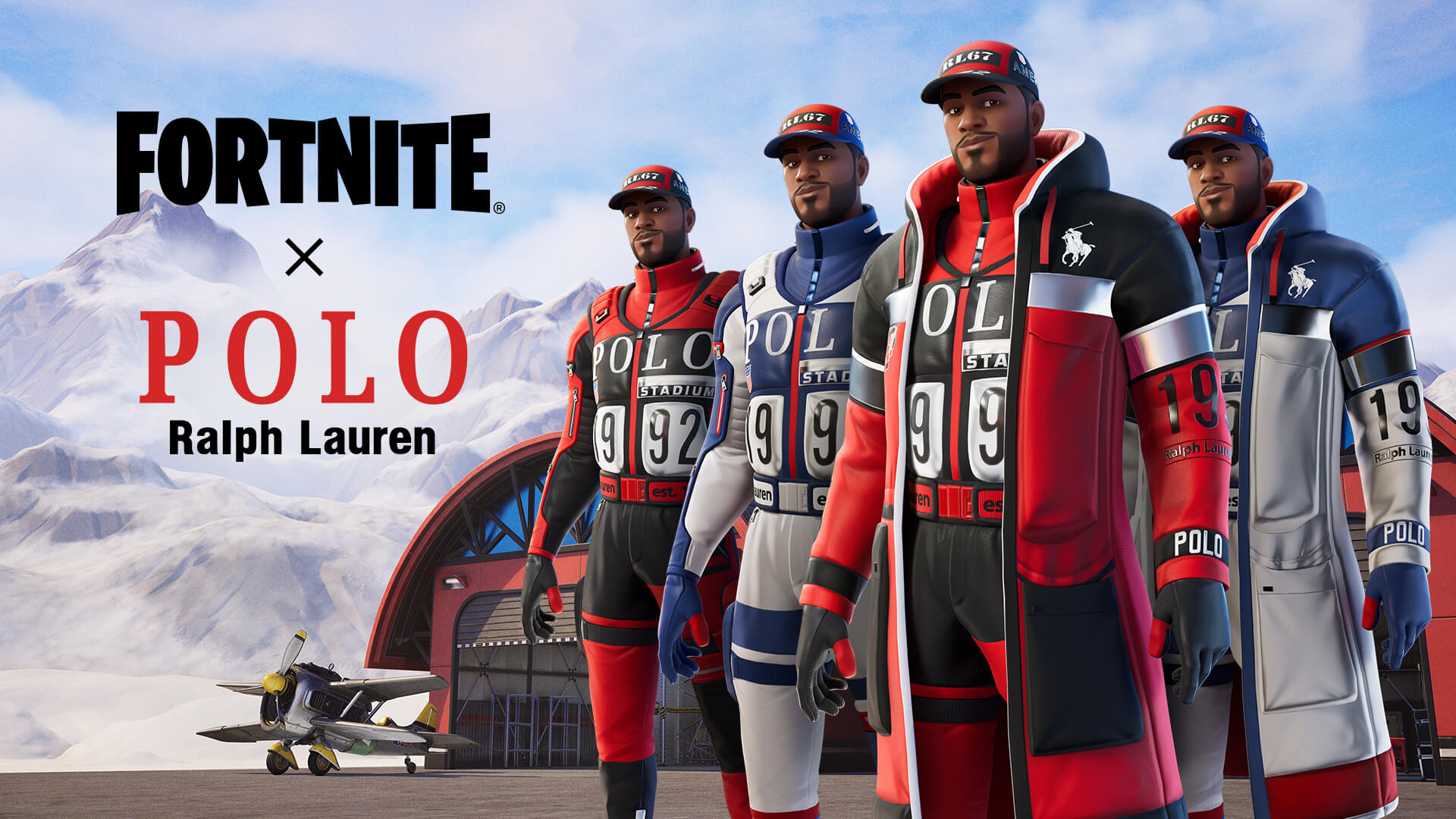 In victory and even defeat, Stadium Hero ‘92 never strays from the road to greatness. Drive on this road too with one of the Outfit’s included Styles: 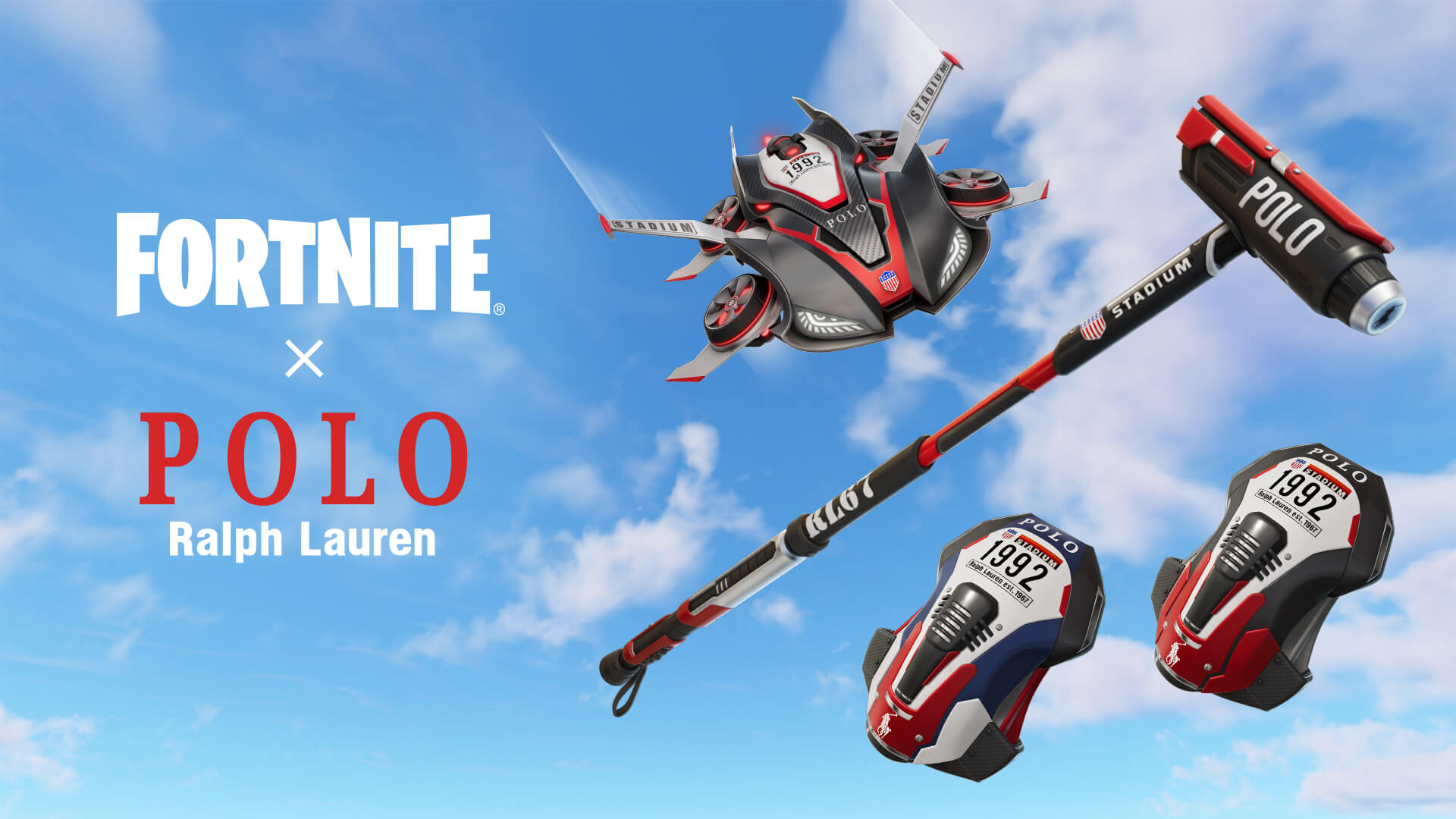 Though these accessories can be used with other Outfits, they go smoothly with Stadium Hero ‘92: 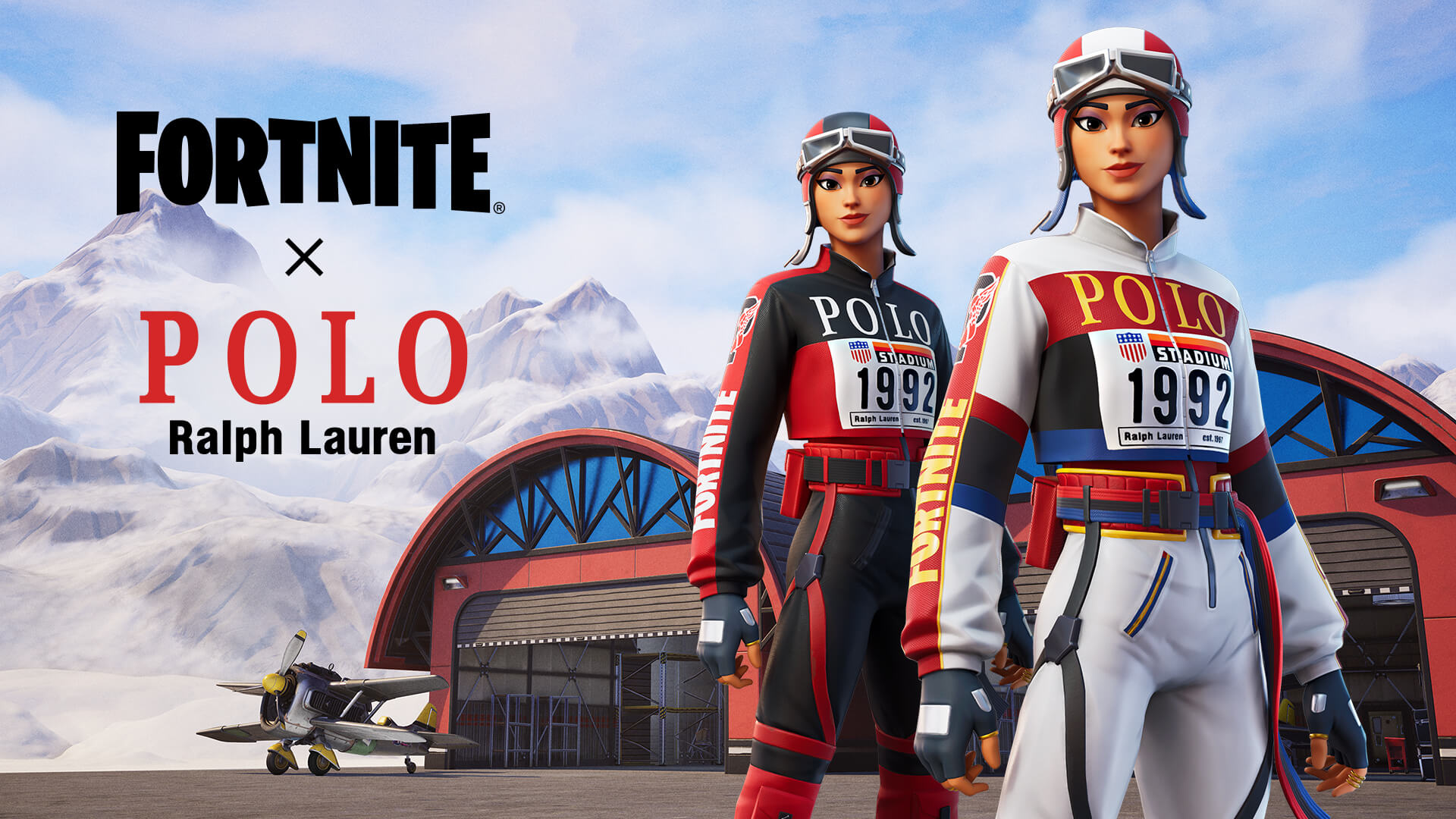 With her sights set on first place, the sky’s the limit for Polo Prodigy. Rise above inhibition with one of the Outfit’s included Styles: 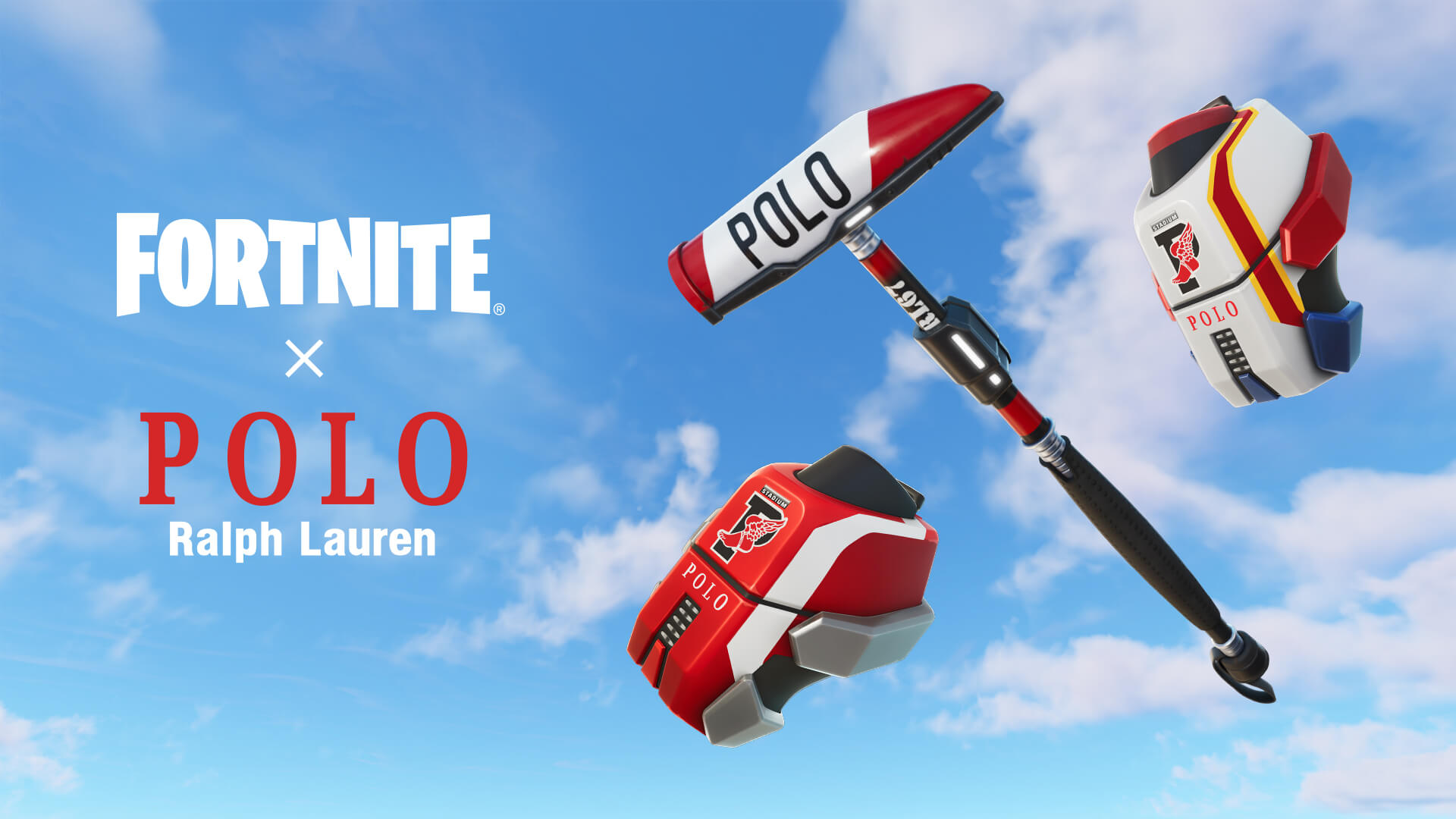 Though these accessories can be used with other Outfits, they pair beautifully with Polo Prodigy:

Finish as well as you started — cross the finish line in style with the Victory Colors Emote:

Motivate yourself before your next match with the Back Into the Arena Loading Screen: 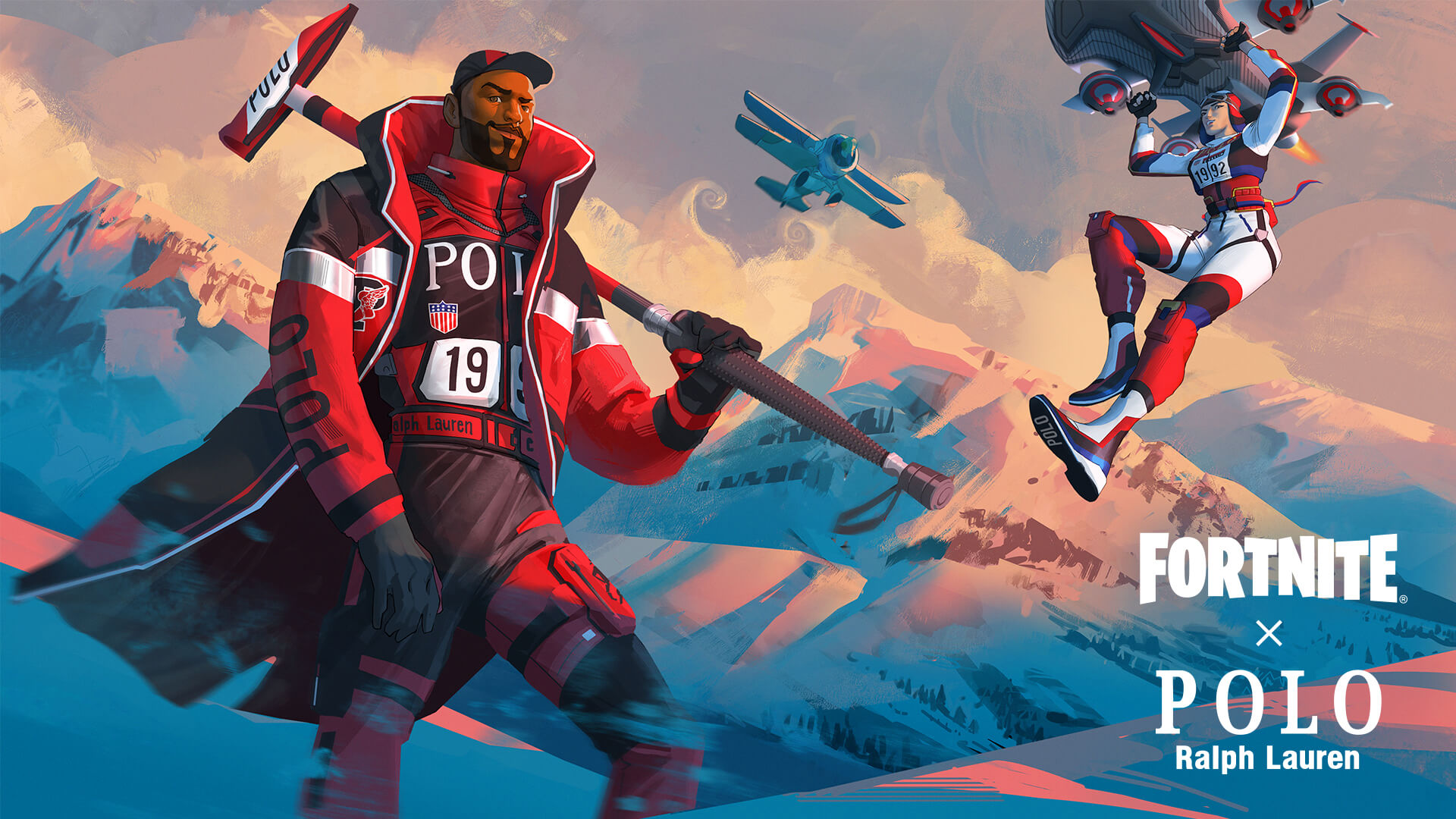 The Stadium Collection’s decades-long spirit of competition lives on in the Polo Stadium Cup. Compete in this Zero Build Solo tournament on November 4 for the opportunity to unlock the Stadium Hero ‘92 and Polo Prodigy Outfits (and Racerback and P-Wing Pack Back Blings) early! Also, earn at least eight points to unlock the Victory Colors Emote early. 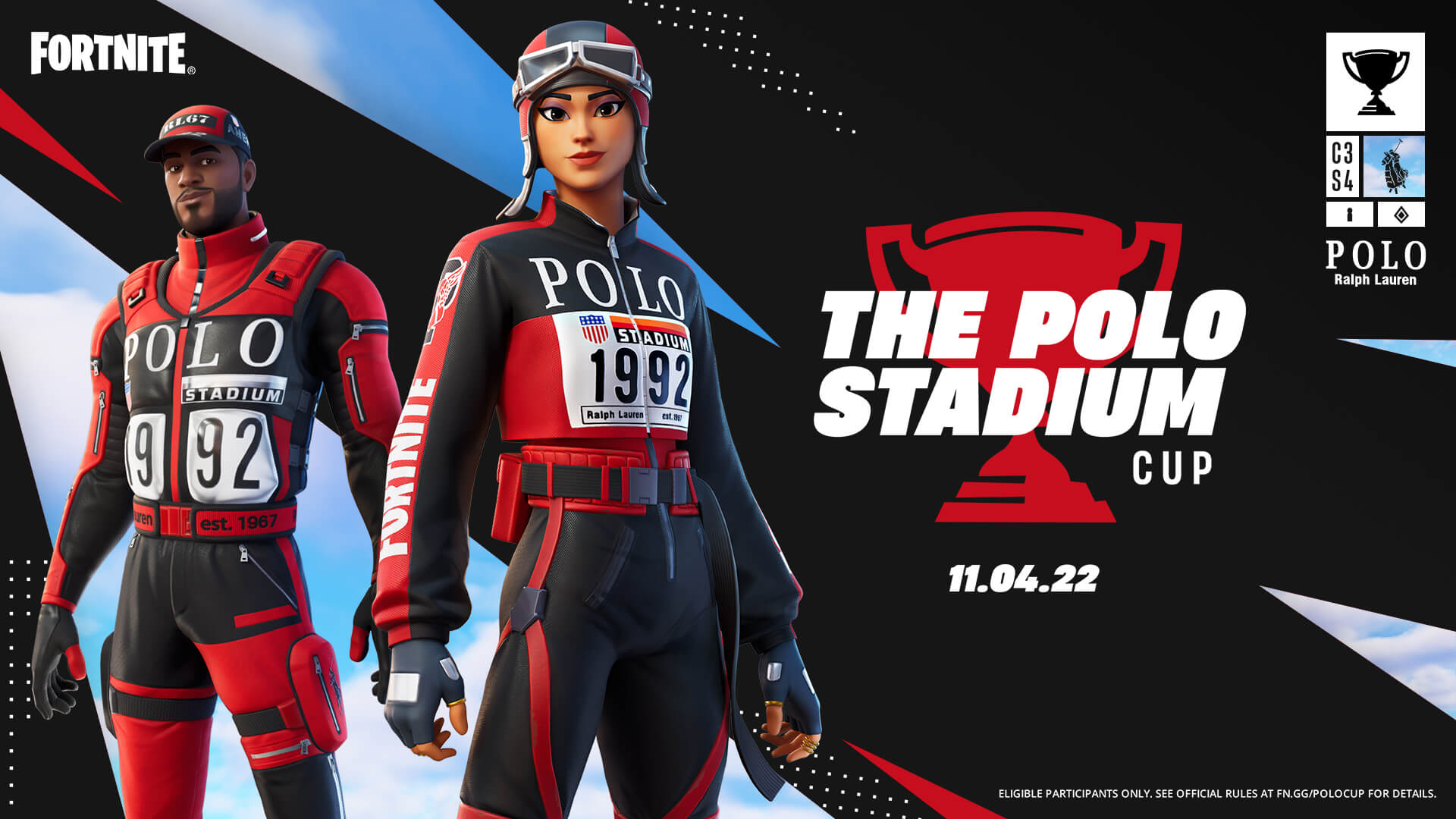 Competitors can play up to ten matches within their region’s approximately three-hour time window, and the specific event timing for each region can be found in the Compete tab in-game. Scoring will work as follows in the event: 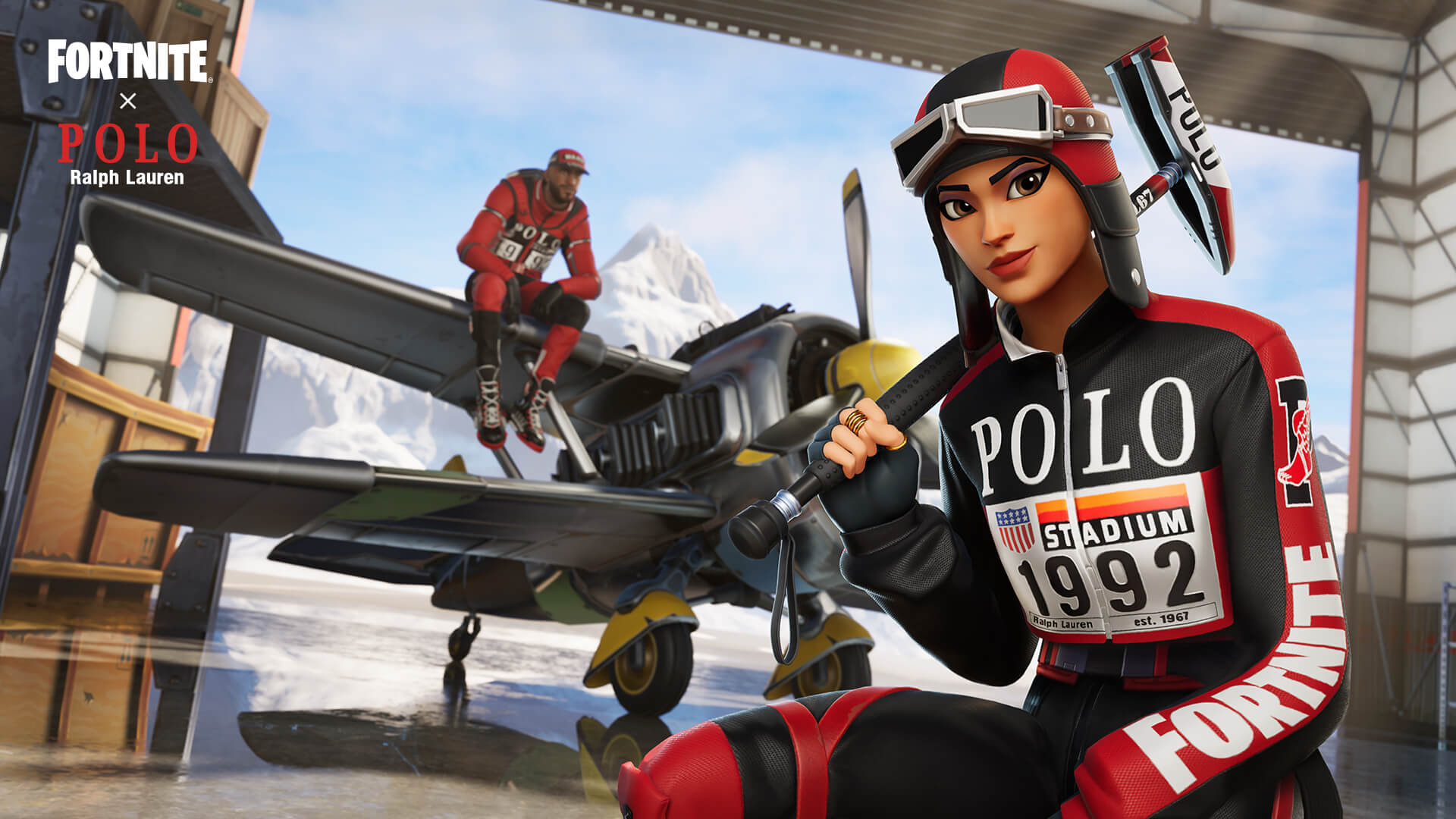 Among other requirements, players must have 2FA enabled and verified on their Epic account to participate, as well as be at Account Level 15 or above. (You can find your Account Level in Fortnite’s “Career” tab.) For full details and eligibility requirements, please see the Polo Stadium Cup Official Rules page.