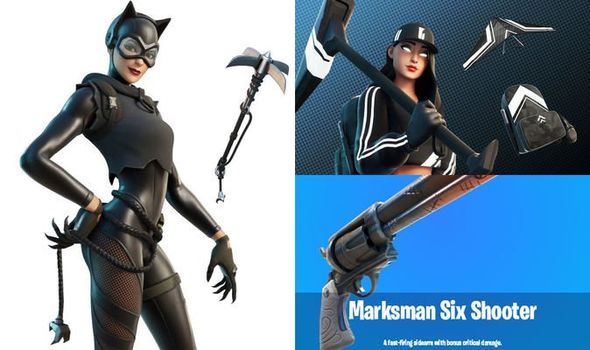 Fortnite leakers have also discovered that there’s a new hidden POI that’s been added with the latest update.

While leakers have also discovered proof of an upcoming new LTM which will unlock the Escapist umbrella.

It’s believed this LTM is called Impossible Escape, and will see players hunt for weapons and ammunition before night falls and “creatures begin to roam the hillsides”.

In this LTM players will also have to keep a lookout for other stranded players and keep an eye out for parts needed to repair a downed helicopter.

One of the big additions to Fortnite with update 16.40 will be the female Oro skin which was teased last night.

While the latest Fortnite update could also have some files in it for an upcoming in-game event.

HYPEX tweeted: “There’s a big encrypted pak (100mb with compression) its either a big set or something like an event”.

Fortnite 16.40 leaks emerged while server downtime was taking place for the rollout of the latest Fortnite update.

Announcing the latest maintenance period the Fortnite Status Twitter posted: “Your offering will be applAUded.