French Open 2021 could see “delay of a few days”, said the French government to the event organisers. 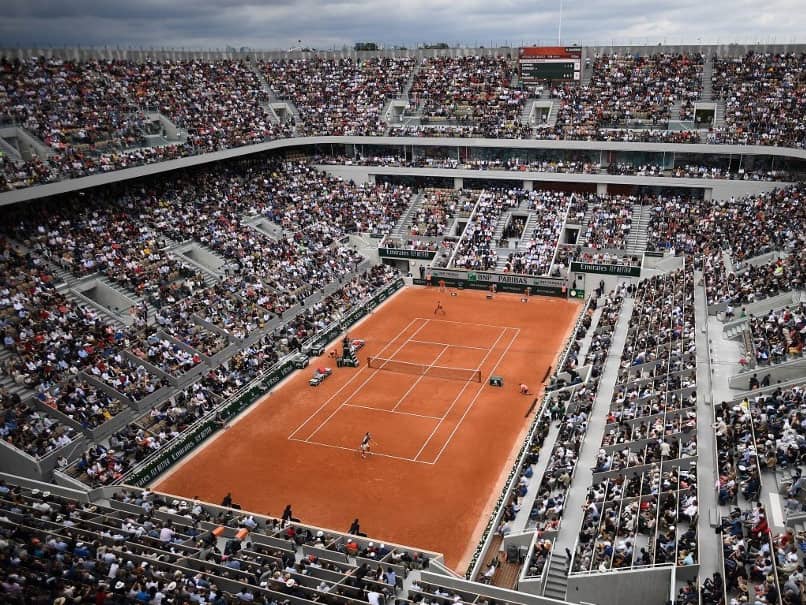 French Open could be delayed by a few days this year, French government told organisers.© AFP

The French government has discussed a possible “delay of a few days” of this year’s French Open with the event organisers, the sports ministry told AFP on Tuesday. Discussions between the ministry and Roland Garros officials also included how the tournament might be able to accommodate fans who were largely locked out of the delayed 2020 edition. This year’s event is due to take place between May 23 and June 6, with qualification rounds starting earlier. “Discussions are underway with the organisers on the methods used, in particular for the reception of the public,” the ministry spokeswoman told AFP.

“A delay of a few days is under discussion,” she added.

At the end of March, Gilles Moretton, the new president of the French Tennis Federation (FFT), had indicated that he was working on almost all the scenarios.

He said the only ones he “dared not” consider were the extremes – a 100 percent spectator level and outright cancellation.

“At the moment, we are on track, the tournament is on the scheduled date,” he said.

“But if we go into total lockdown for two months, we will obviously need to take measures — the worst being the outright cancellation, but I dare not imagine that.”

Coronavirus restrictions were tightened across France last Wednesday although all professional sport is carrying on albeit behind closed doors. President Emmanuel Macron has expressed a wish to re-open cinemas, museums and theatres in mid-May.

Last year Roland Garros was delayed by four months and held in September and October instead of its longstanding May-June slot.

Crowds were limited to just 1,000 spectators each day.

Gordon Taylor: Outgoing PFA chief to give evidence to parliament over concussion

Previous articleProduction Of Indian Vaccine In Russia Cannot Be Ruled Out, Says Sergey Lavrov
Next articlePaul Ritter's son in Friday Night Dinner, Tom Rosenthal, breaks silence on his death at 54