From Larry Bird and Magic Johnson to Michael Jordan and Kobe Bryant: Seven 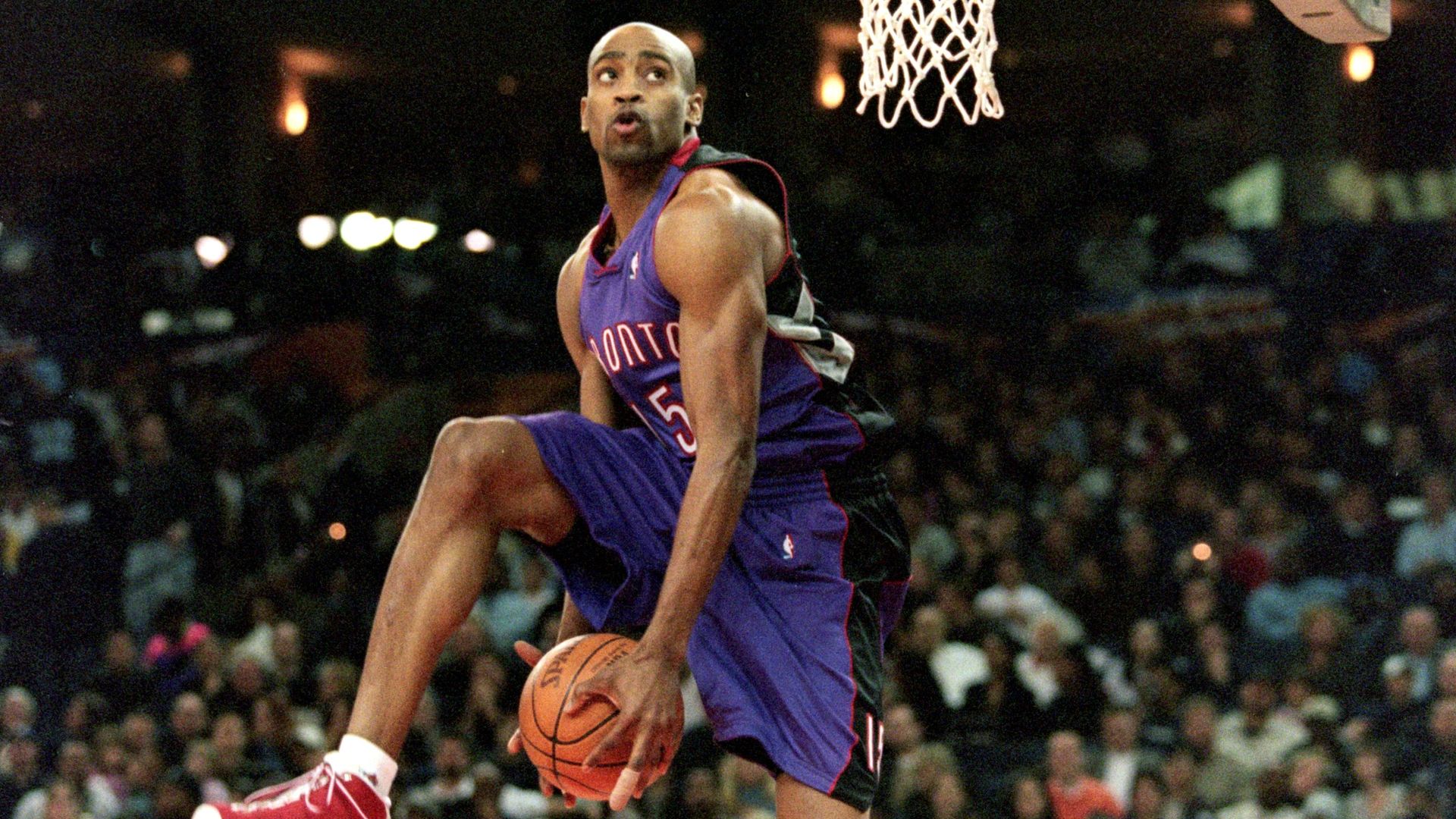 Ahead of the 70th NBA All-Star Game this Sunday let’s take a look back on seven iconic moments during the showpiece event’s storied history, including Magic Johnson’s return, that Jason Williams elbow pass and the time Klay Thompson went supernova in the 3-Point Contest.

Larry doesn’t even need to take off his jacket

The story goes that after winning the 3-Point Contest in both 1986 and 1987, Larry Bird strolled into the locker room ahead of the 1988 event and asked everyone there “Who’s playing for second?”.

In the end, it was Dale Ellis who took the runner-up spot as Bird shook off a rocky start to complete the three-peat.

Bird had 15 to beat in the final round, with only seven points from his first three racks and with just 25 seconds on the clock.

Then, in typical Larry Legend fashion, he proceeded to hit eight of his last 10 shots, including both money balls to earn 17 points and the trophy. If that wasn’t enough, he even walked off with his finger in the air whilst his winning shot was still arcing towards the basket.

Just glorious. The fact that he didn’t even bother to take off his warm-up jacket? Even better.

During a routine physical ahead of the 1991/92 season, Magic Johnson tested positive for HIV and took the decision to immediately retire from basketball.

That, however, did not stop NBA fans from voting him in as a starter for the 1992 All-Star Game. Despite missing the entirety of the season Magic played like Magic and dominated on both ends of the court.

He was awarded MVP honours after leading the West to a remarkable 40-point win over a ridiculous Eastern Conference starting five of Isiah Thomas, Michael Jordan, Larry Bird, Charles Barkley and Patrick Ewing.

Magic had 25 points, five rebounds and nine assists and after hitting a three-pointer over Thomas which immediately ended the game (even though there was still 14.5 seconds left on the clock), he was mobbed by his fellow players as they rushed to congratulate him.

“Words mean a lot,” Johnson said afterwards, “but it’s feelings that count most. Ours is a game of compassion. I’ll never forget those hugs and high-fives.”

Whilst most will remember Shaquille ONeal’s 1996 All-Star weekend for the monster dunk over David Robinson, it’s the ‘Dream Shake’ he pulls off during warm-ups that remains the most impressive.

Playing one-on-one with none other than Jordan, Shaq shimmied his way to one of the most aesthetically pleasing buckets you’ll ever see. Just listen to Jordan’s “OH” as it happens.

Ok, it doesn’t count for anything, but with Jordan yapping away (more of that later), the way the ball looks like a child’s basketball in Shaq’s palm and those glorious 90s tracksuits on, it’s impossible not to include as an iconic moment.

Then there’s the Dream Shake itself, as smooth as butter, leaving Jordan attempting to shot block a ghost. The ‘Ooooos’ from the crowd make it all even sweeter. You just know this one hurt MJ deep in his soul.

There have, of course, been numerous moments in the Dunk Contest worthy of inclusion here but for now (we’re revisiting the 2016 Contest ahead of Sunday – don’t worry) let’s stick with Vince Carter’s reinvention of the event in 2000.

Even against two incredible dunkers in their own right, Tracy McGrady and Steve Francis, Carter made it seem as though he was the very first person to ever jump up and throw it down.

By the time VC stuck his arm so far through the hoop he could just hang there on the rim whilst the TV broadcast panned from stunned expression to stunned expression, it really was all over. The Dunk Contest would never be the same again.

J Will brings out the elbow

Ahead of the 2000 Rookie Challenge, Sacramento Kings point guard Jason Williams asked fans to keep their eyes open and not go to the concession stand until half-time. His interviewer, Craig Sager, then told him he wanted a behind-the-back pass off the elbow during the game.

And then he did it anyway.

There is only imperfection with this clip: Raef LaFrentz getting fouled and missing the lay-up. Other than that, it’s about as perfect a highlight play as you can wish for. ‘White Chocolate’ had a career full of them, but for this one especially, we are all eternally grateful.

2003 was Michael Jordan’s 14th and final All-Star Game, and whilst it didn’t end with a victory or MVP honours as Kevin Garnett took over in the second period of overtime and claimed both the W and the award for himself, it did at least give us one final glorious MJ moment: some hilarious back-and-forth trash talk with Kobe Bryant.

While each snippet is great, the true highlight comes as Michael starts counting down in an attempt to put Kobe off his jump shot. Bryant fires anyway and barks “That’s alright” before watching it swish.

You might be cool, but you’ll never be as cool as Bryant adding “I shoot them better when the clock going down” after drilling a three over Michael Jordan.

Sorry again MJ, but let’s be honest, you’ve had your fair share of moments too.

And to end, some Splash Brother on Splash Brother violence as Klay Thompson goes head-to-head with his partner in crime Steph Curry during the 2016 All-Star weekend in Toronto.

The reigning champion, Curry set the bar at 23 points in the final round and looked for all the world to have gone back to back: with 20 seconds on the clock and only eight balls remaining Thompson was stuck on just 13 points.

Now. There were two problems for Steph in this scenario. Number one was the fact six of the balls remaining were money balls. Number two was the fact that his opponent was Klay Thompson, part shooting guard part human supernova, who proceeded to drain all eight.

Despite taking the lead with 25 points on his second-to-last ball, Thompson almost forgot about his final ball before, you know, suddenly remembering its existence and swishing that too.

Watch the 70th NBA All-Star Game, along with the Dunk Contest, 3-Point Contest and Skills Challenge live from 11.30pm on Sky Sports Arena this Sunday

City: City is fined for fans who stormed the stadium after winning the Scudetto

Potter: Fofana could return to Chelsea before the World Cup

Previous articleIndia vs England 2021: Bess returned to bounce back after the spinners misfired
Next articleWhat Country Is ‘Raya and the Last Dragon’ Based on? What to Know About the Inspo For Kumandra