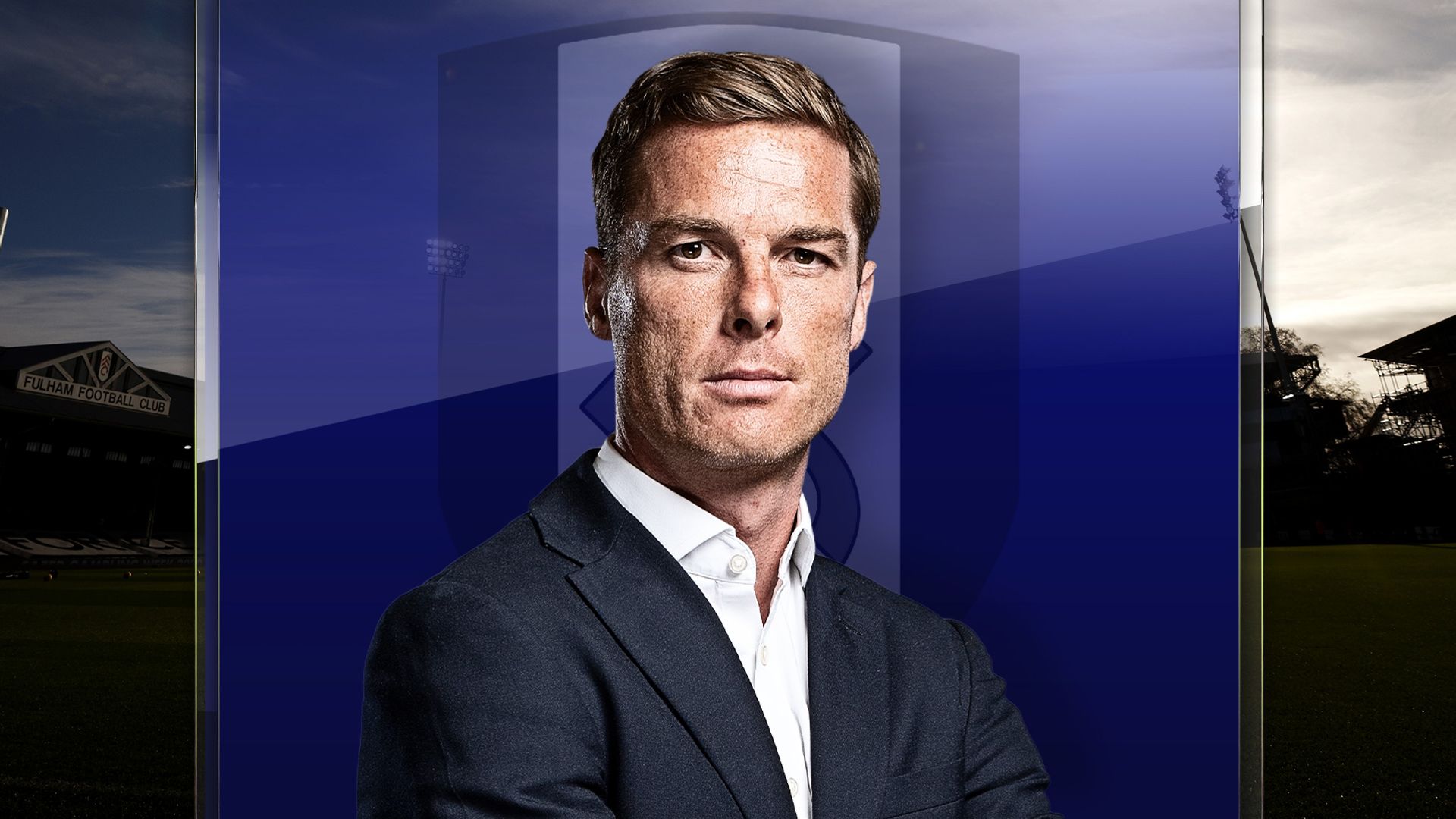 With 368 Premier League appearances as a player with six clubs, it’s not the strangest event when Scott Parker faces one of his former sides as Fulham manager.

“When the fixtures first come out, they’re not ones that you gravitate to, but certainly when you go into the games, going there, it brings back those memories and you always look forward to that,” Parker exclusively told Sky Sports.

“You get there and see familiar faces and you’re in the surroundings you were around for a part of your life and a period of my career.”

Fifteen of those Premier League games came at Chelsea, where he takes his Fulham side the short 1.5 miles to play on Saturday Night Football, live on Sky Sports.

Parker joined the club from his boyhood club Charlton in January 2004, and over 17 years later, reflects on a mixed 18 months at Stamford Bridge.

He said: “There is some disappointment there. At that moment, I was probably a bit young in who I was as a player and my development and as a person really. Going to such a huge club at that moment didn’t give me the best chances to get into that team and be a regular.

“I came from Charlton, and no disrespect to them, but I was there from the age of nine and going to Chelsea when I was 21 or 22, I had never experienced or seen world-class players or people in that sense.

“Like I said, that’s no disrespect and I don’t want it to sound like that, but that was something which helped me, made me grow and gave me a reference point of what it needed to look like and what I needed to do. So a mixed bag really.”

Although much has changed for Parker and Chelsea in almost two decades, the Blues remain a world-class outfit and continue to attract stellar managers. Thomas Tuchel arrived at the club in January and has overseen an incredible series of results and performances that has Chelsea on the cusp of a Champions League final.

“He’s done a fantastic job there,” Parker said of his opposite number this weekend. “He’s gone in and got results and sustained their results really. They’re a really good side, I think we saw that earlier in the season under Frank as well.

“They’re a good team with quality players and as a coach. Thomas has been in and around the clubs and been at the top end of competitions so you can that quality as well.”

Fulham were narrowly beaten by their neighbours earlier in the campaign, but other results this season – including wins against Leicester and Liverpool – give Parker hope.

Parker said: “It will be a tough game. They’re a well-organised team who have a clear system and a clear idea on how they play and can cause you problems all over the pitch really. They dominate the ball, so we’re going to have to be at our optimum every one of us.

“There’s going to be loads of facets to the football game that are going to have to fall on our side, and the right side for us to come out with a result.

“I think the way we’ve played as well at times against teams this year with the quality we have gives me confidence that we can hopefully cause an upset.”

One of the positives from Fulham’s season has been a marked improvement in defence. Early results included 3-0 defeats to Arsenal and Aston Villa, plus a 4-3 thriller at Leeds.

But a training focus, plus the arrivals of Tosin Adarabioyo and Joachim Andersen in the summer window – who both rank in the top four for clearances and head clearances – has seen a marked improvement at the back.

Parker explained: “We did a lot of work, some really detailed technical and tactical work, on how the team defends in certain moments in games. I’m sure if people looked closely, you could those areas.

“But that’s been worked on in training and the players have been receptive to new ideas, because some of the ideas are very new to them. But they’ve took it on board, worked hard and now, it has paid off in that sense.”

Another player who has improved this season is Andre-Frank Zambo Anguissa. He ranks in the top three for both take-ons attempted (129) and completed (85) – only Wolves’ Adama Traore beats him in both categories, with Marcus Rashford the only other player than Aguissa to attempt more.

As a central midfielder, is he a similar player to Parker?

“There are elements of his game which are probably different to mine. He’s a driver, he can get up the field and carry the ball really well and he’s got those qualities. He needs to add goals and assists but it’s something where there’s still a lot to come from him,” the Fulham manager said.

“Frank came into this league two years ago and it was probably a real cultural shock for him in terms of coming into the English league on the very final day of the transfer window and then to get up to speed.

“He’s a very good footballer. I think people saw that last year on loan at Villarreal and you’ve seen that this year, there are still elements of Frank’s game that need improving, but he’s got the attitude and the determination to do that. He’s the last on the training ground, always looking to try and get better.”

The big question: Can Fulham beat the drop?

Ahead of our interview, Parker had been giving his Chelsea pre-match press conference and the big topic continues to be Fulham’s push for Premier League survival. With five games to play, there is a seven-point gap to Brighton in 17th.

“My focus at the moment is winning games and trying to stay in this division – I believe we can still do that,” Parker told Sky Sports.

“But I also know and understand that belief will slowly fade away, like anything, because of the amount of games that are coming. It’s been so close at the moment and from one week when you lose, you’re dead and buried, and then you win and you’re now bang in the race again.

“It’s the reason I believe also that the performances are one kick away or one corner away from three points against Arsenal, or a breakaway goal against Wolves and the last two games have been really painful.

“This season has been up and down and we’ve been a little bit inconsistent, hence why we are where we are in the division. At the start of the season, we really struggled, we needed to address some issues, which I felt was needed to give us a real chance of surviving in this division and we managed to do that.

“It’s been a winding road and we tried to fix things defensively, we’ve become very solid and managed to cut out silly goals and as a team, give yourself a platform to try and win games, which we did but we drew a lot of games and became consistent in that.

“Then the next step is to go on and win some. Is there another part of our game that we need to accelerate and try to be on the right side in an attacking sense? We’ve probably performed a little bit short on that side, if I’m honest.

“So there’s been a lot of positives. Has the speed of progression been quick? Yes, in certain areas it has definitely from where we were at the start to where we are now. But a season is only a certain amount of games and we’re now at the next point where we need to try and get on there on the right end of that.”

Fulham gave Parker a huge vote of confidence in September when he signed a new three-year deal. In fact, throughout the season and even at this perilous stage, there has been no indication that Parker would be replaced.

While the immediate future is the most important, Parker does have a long-term vision for Fulham’s future and stability.

He explained: “At this moment, my main aim is for us to try and be successful this year. But in the back of my mind, I always have the long-term project of how I want the club to look.

“I always understand that I’m going to be judged very quickly on results and how that changes, which needs to be my main focus, but I will always sit in this position as manager of Fulham or wherever I am with also a long-term vision because I feel like that’s the right way to go about things and it’s in the best interests of the football club as well.

“Whatever the outcome is this year, there’s big conversations to be had with all of us. If we stay in this league and we’re successful, we need to still improve. If we don’t, then of course, it’s the same. We’re always constantly looking to improve.

“I want us to be a world-class operation that does things in a world-class way, has a clear vision, a clear plan and clear processes in place because that’s what I believe in. And I believe with those clear processes and that clear vision and everyone on the same page, on the understanding that it will be a bit volatile. But with that in mind, I think you get through that volatility a lot better than you do with another mindset.

“So there’s a main focus this season, and at the end of it, let’s get around the table, let’s work out where we made mistakes, where we went wrong, where we can improve and hopefully keep moving in the same direction with a real sensible mindset and rational approach in place.”

With five Premier League games to go, it’s clear that Parker has a huge passion for Fulham and belief that they can survive relegation this season. To use an old cliche, it’s not over until it’s over. Fulham will be hoping their Premier League stay is far from over come May 23.