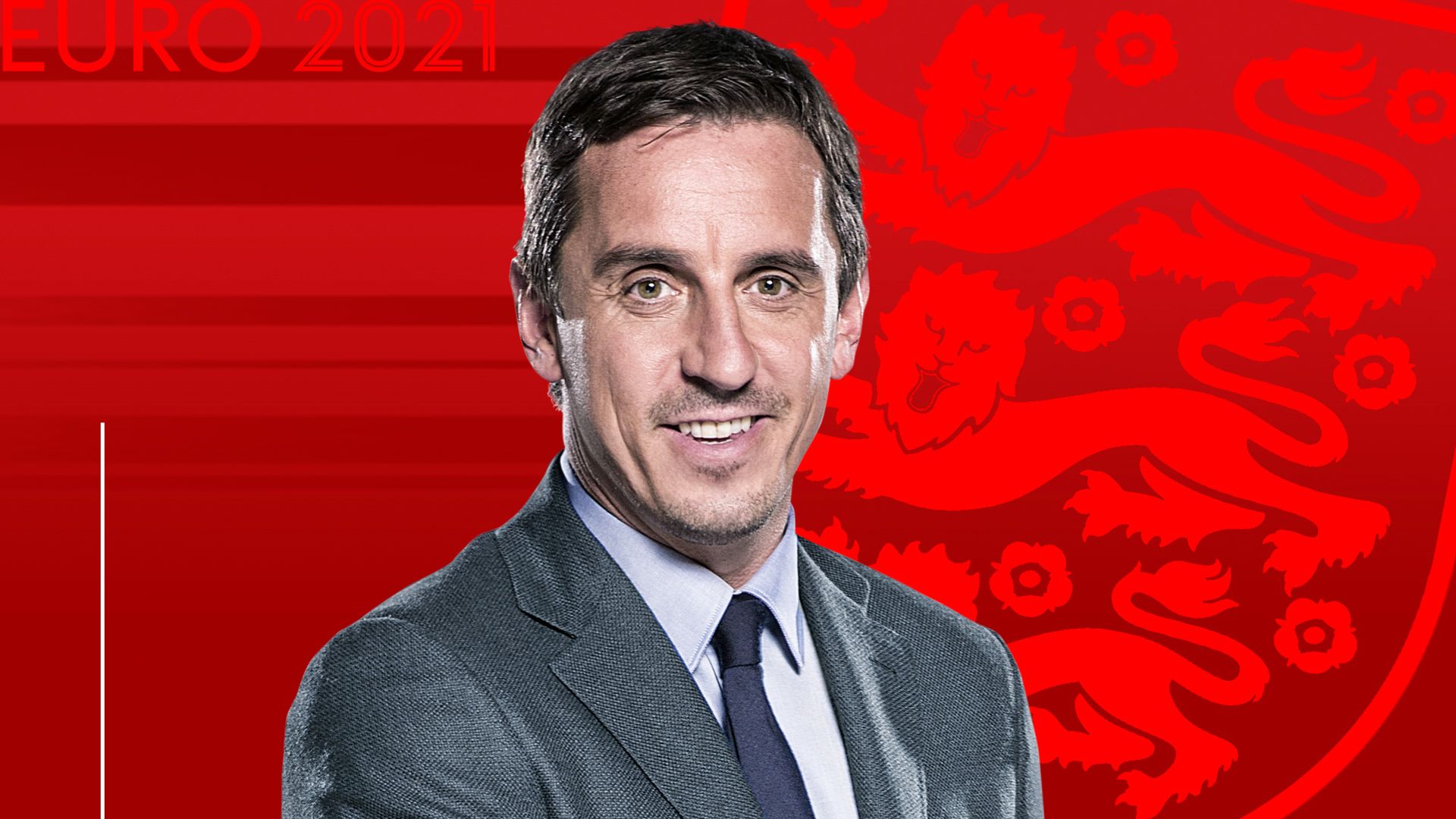 Gary Neville insists England defender Harry Maguire must play before the Euro 2020 knockout stage to have a chance of featuring in the tournament.

The Sky Sports pundit and former England defender says Maguire, who has been out with an ankle injury since early May, must get substantial minutes before the end of the group stages, and can’t be thrown into a knockout game.

Neville also believes Gareth Southgate will stick with two defensive-minded central midfielders for the rest of the tournament after Kalvin Phillips and Declan Rice impressed in the 1-0 win over Croatia, and says Rice is almost as undroppable as Harry Kane.

England play their second Group D game on Friday at Wembley against Scotland; kick-off at 8pm.

‘Maguire must play before knockouts’

“I think Tyrone Mings did really well – it was an important match for him. Looking at John Stones and Mings as a partnership before the tournament, you would have concerns against the best teams.

“I know people have dismissed Croatia after the game, but not many were dismissing them before the game, so I would still say that’s a really good win for England against a good team.

“I think the reason Kieran Trippier played at left-back was his experience and know-how, meaning Mings had experience either aside of him.

“If Harry Maguire can get back to a level, he will come back in. But if he comes back in, I think if it’s not against Scotland, it has to be against Czech Republic. You couldn’t make Harry Maguire’s first game back a knockout game.

“Maguire must surface in the next two matches, otherwise I fear you won’t see him in the tournament, and it would be Stones and Mings to continue.”

“I think what we saw against Croatia was Southgate’s reaction to what all of us were thinking pre-tournament; that their weakness is defence, and that they’re going to need to keep clean sheets if they’re going to win this tournament.

“That double pivot, or the two midfield players in front of the back four, isn’t going to change, you can be absolutely sure of that.

“The big question is whether Kieran Trippier will remain at left-back; there is no doubt that Luke Shaw and Ben Chilwell will be better going forward attacking-wise, but it’s whether Southgate feels Trippier gives the defence that edge in aiming for the clean sheet, which is so important.

“My feeling after the Croatia game was that Shaw or Chilwell could come in, but that midfield won’t change. Jordan Henderson is not at the same level fitness-wise as Phillips and Rice. I feel Harry Kane is undroppable in this England team, but I’d put Declan Rice pretty much up there at the moment, he’s going to play every game.

“I think Kalvin Phillips now, with the way he played against Croatia, is going to play alongside him. I don’t see Southgate changing that. They’ve got a good partnership, good rotation in midfield, they pass well together, and they’re certainly more ahead in their fitness than Jordan Henderson at this time.”

How do Scotland win it?

“They have to be defensively tight and play deeper. I don’t think they can go two up front, go for England and put the ball in the box. I’ve very rarely seen teams at Wembley maintain a physical performance for 90 minutes, or 45 minutes, in fact. It’s a very demanding stadium to play in.

“I think the idea that Scotland can bombard England with set pieces is not something that will come to fruition. They just have to defend well, that’s the main thing. They can’t concede like they did against the Czechs; they must keep a clean sheet and hope for one moment in the match.

“Scotland will be awkward for England on Friday. I’ve never played in a game against a home nation where they haven’t been awkward, or haven’t been difficult. They are really well organised and it’s the biggest game for Scotland.”

How do England win it?

“They just have to go and get that first goal, for Scotland to then come out and England can pick them off.

“We saw it with Portugal against Hungary; as soon as they got that first goal, they went and got another two after. That’s what good teams do against hard-to-beat, resilient defences.

“The game becomes a little bit more simple if you score that first goal.”

“I think his game plan for Friday will have been set even before Croatia, and I don’t think that will change. He’s really methodical, and knows how he’s going to tackle each game. That will be set.

“It will be more interesting to see how Steve Clarke reacts to their defeat in the first game, there may be an emotional reaction that they need to be more attacking and proactive. But that would suit England, if Scotland came out and attacked, they could then play their football a little bit more. It’s important for both managers to remove emotion from this match, and stick to their game plans.

“I am sure Southgate will, it’s whether Steve Clarke reacts to the fact they had a disappointing first result against Czech Republic.”

Jardim: The experience of our Asian players will speak for itself