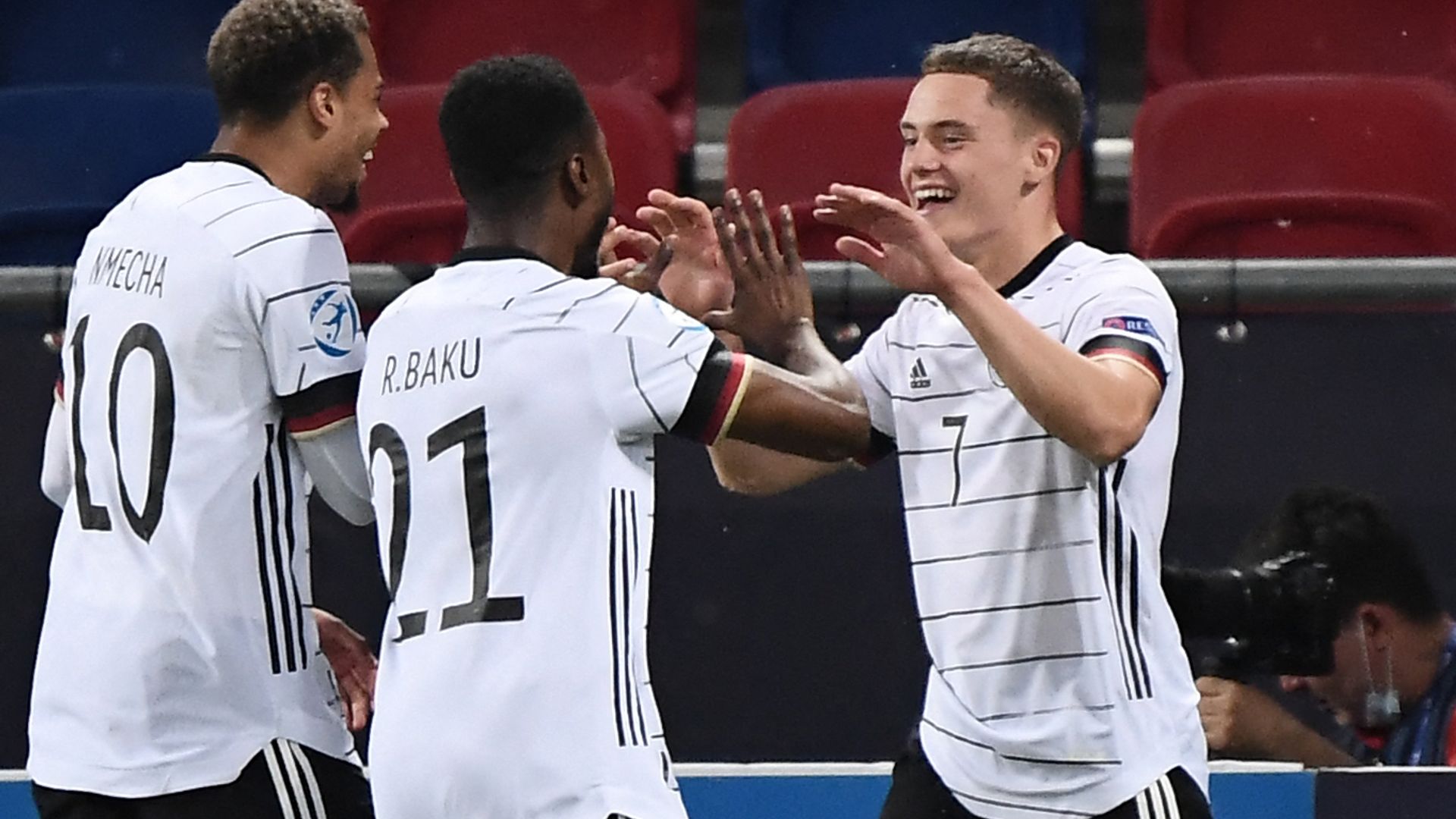 Germany and Portugal will meet in Sunday’s European Under-21 Championship final after winning their semi-finals on Thursday night.

Florian Wirtz scored twice early on for Germany, who were winners in 2017 and runners-up in 2019, in their 2-1 win over the Netherlands.

Germany took just 29 seconds to score in Szekesfehervar in Hungary, without the Netherlands touching the ball, finishing off a move after 14 passes.

Wirtz then doubled Germany’s lead with a clinical, low shot from just outside the box from Ridle Baku’s fine assist.

Mergim Berisha hit the woodwork three times for the Germans, with his left foot, right foot and head, and though Perr Schurrs’ goal for Netherlands halved the deficit, Germany held on.

Earlier on Thursday, in Maribor, Slovenia, a late own goal from holders Spain sent Portugal into Sunday’s final in Ljubljana.

Both sides exchanged opportunities in the first half – Portugal’s Vitinha saw his long-range effort denied by Alvaro Ferandez, while Brahim Diaz’s header flew just over the bar at the other end.

Marc Cucurella hit the post in the second half for Spain, while Diaz and Manu Garcia saw efforts fly just wide, but it was Portugal who grabbed the winner in unfortunate circumstances for the Spaniards.

Portugal are now into their third U21 final, having lost to Italy in 1994 and Sweden in 2015. Portugal have also ended Spain’s 18-game unbeaten run in this competition, including qualifiers, dating back to a 3-1 group loss to Italy in 2019.

Manchester United defender Diogo Dalot said after the game: “We were prepared to suffer without the ball against a fantastic team. I think the mental aspect was even more important than the physical part of the game today.

“We made Portuguese people proud. Being in the final is a proud moment, but we want more.”

Previous articleNetflix: Great Pretender season 3 release date updates: Will there be a season 3? When is season 3 coming out?
Next articleThe Security Council demands die Houthis, the inspectors die to allow immediate inspection of Safir