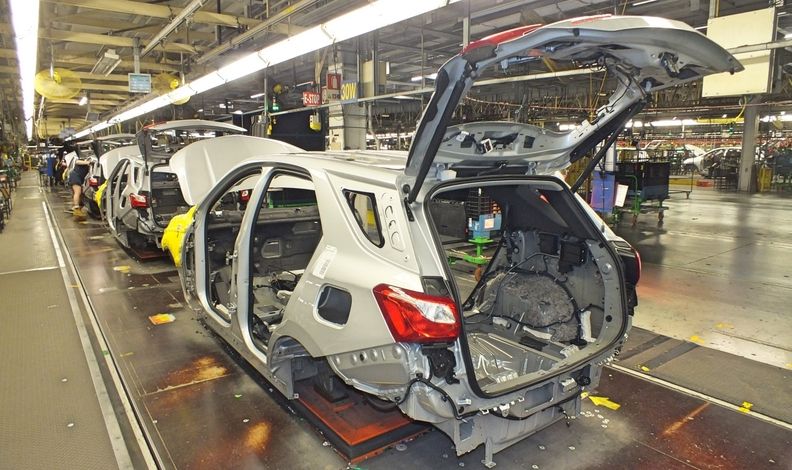 GM could lose business from consumers who want to buy an Equinox, for example, and can’t find one.

DETROIT — The microchip shortage has taken a bigger toll on General Motors’ production plans than on Ford Motor Co.’s. But financially, the two automakers have very different outlooks for the remainder of the crisis.

While Ford says it will earn relatively little profit for the rest of the year, GM believes it has found a path through the storm that will largely shelter its bottom line.

By shutting down production of lower-profit crossovers and sedans for months, GM has been able to funnel its limited chip supplies to its most lucrative plants. It has continued to churn out high-profit pickups and SUVs without interruption.

“The trucks are the profit center of the Detroit 3,” said Sam Fiorani, vice president at AutoForecast Solutions. “Keeping them in production is a large part, if not all, of their profits. GM has the benefit of having lower-demand, lower-profit cars in their lineup to remove from production, where Ford had already gotten rid of all their sedans. They don’t have that option.”

Together, GM and Ford have had to cut output by more than half a million vehicles so far this year, with much more downtime to come over the next few months.

Two nameplates, the Chevrolet Equinox and Malibu, accounted for half of GM’s lost production, according to AutoForecast Solutions data.

At Ford, two cash cows, the F-Series and Explorer, have been hit hardest.

Despite the headwinds, GM reaffirmed its 2021 outlook of as much as $11 billion in adjusted earnings this year. Ford recently lowered its full-year guidance to as little as half that amount.

“We have confidence that we’re going to be able to hit our guidance and that with everything we know today, we’ll be at the top end,” GM CEO Mary Barra told analysts.

Barra said she expected the business to worsen in the second quarter and begin to recover from the shortage sometime after midyear, she said last week as the company reported $3 billion in first-quarter net income.

“Is there an impact this year? Absolutely. But the team keeps working to minimize it,” she said.

Ford, which was more profitable than GM in the first quarter, expects to lose 700,000 vehicles, half of its planned production, in the second quarter and 200,000 more vehicles in the second half of the year.

GM has not disclosed the volume it expects to lose going forward.

Pausing production on some low-margin vehicles can have little negative effect on an automaker’s finances if that helps it keep the most profitable vehicles flowing to dealerships, said Mike Ramsey, a senior analyst at Gartner.

But at the same time, GM could lose business from consumers who want to buy an Equinox, for example, and can’t find one.

Two plants that build the Equinox and Malibu have been down since early February and are scheduled to remain offline for almost two more months.

GM’s decision says “ we’re putting all these other vehicles out to pasture,” Ramsey said. “So they lose potential customers.”

Although GM has not scheduled any downtime at its pickup and full-size SUV plants, the automaker has resorted to eliminating certain fuel-management modules from some light-duty pickups to reduce the number of chips needed.

GM also has thousands of partially built pickups and other vehicles sitting in lots awaiting chips, as does Ford.

Booming demand for new vehicles has resulted in rapidly shrinking inventories for many dealerships. GM ended the first quarter with only 334,628 vehicles in inventory — half as much as it had a year earlier.

GM no longer reports sales on a monthly basis, but Ford posted a 65 percent gain in April from a year ago, when the early days of the coronavirus pandemic kept shoppers home. Ford’s utility-vehicle sales more than doubled last month, an indication that GM dealerships likely saw a similar surge.

Despite GM’s confidence in its prospects for the year overall, CFO Paul Jacobson admitted that the second quarter will be worse than officials expected a few months ago.

“We are carefully evaluating the short-term supply chain, the intermediate-term supply chain and some of the longer-term issues as well,” Jacobson said. “I think we need to be really cautious. What gives us the confidence is the agility, the team in place.”

GM is tracking the market and coordinating with suppliers, its sales and marketing teams and others to determine when vehicle production should be accelerated and when a plant should take downtime, he said.

“What we’ve been able to prove in the fluid environment we’re facing today is that we have the resiliency to flex to the challenges,” Jacobson said. “We do not believe the short-term semiconductor headwind will affect our long-term earnings power.”