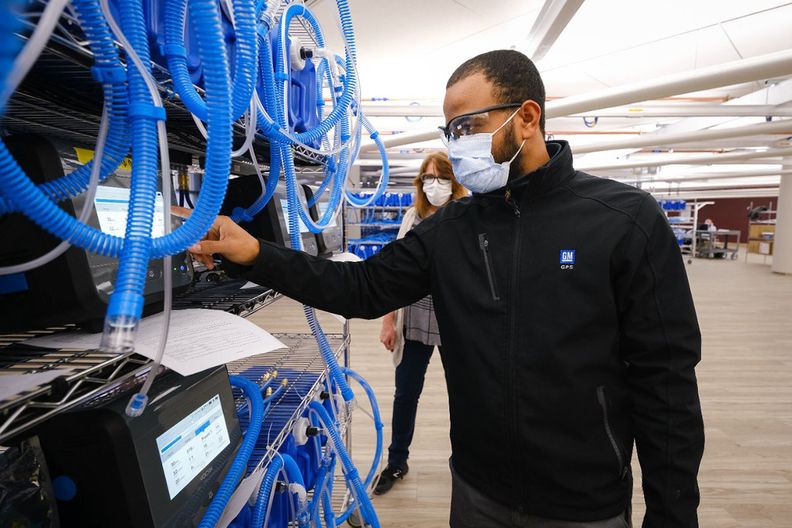 SAO PAULO — General Motors on Monday said it saw no reason to cut auto production in Brazil due to the worsening pandemic, striking a different tone to two other vehicle manufacturers who have curbed production, citing health concerns.

On Friday, Volkswagen AG said it would shut down its plants for two weeks to preserve the health of its workers. On Monday, Volvo AB followed suit and said it was significantly scaling back truck production in Brazil due to both health reasons and parts shortages.

Automakers worldwide are dealing with a general shortage of semiconductors, which has led to production difficulties. In Brazil, they are also dealing with a deepening coronavirus pandemic, with daily death tolls that are the highest in the world.

“Our protocols have been shown to be efficient at preventing infection and internal surveys show that our workers feel safer in factories than they do in their own houses and communities,” GM’s Brazilian subsidiary said in a statement.

“As a result, we do not see any reason that would lead us to alter our production schedule at this moment.”

Edson Rosso, a union representative at GM’s plant in Gravataí, said employees had no complaints about how the automaker had handled health protocols for its workers.

But he lamented that GM had suspended production in Gravataí due to a lack of semiconductors. Production continues at GM’s two other Brazil plants.

GM said earlier this month that Gravataí would be idled through April and May, though Rosso said the company agreement with the union would allow it to potentially halt operations for a further three months.

At least two other automakers have had production problems due to a shortage of semiconductors in Brazil.

Honda interrupted production for its Civic sedan earlier in March, while Fiat furloughed about 10 percent of its workers until last week to slow down production.

Previous articleJustin Thomas on how Tiger Woods gave him grief for final tee shot of Players
Next articleNew Zealand versus Bangladesh, 2nd ODI: Tom Latham Hundred encourages Kiwis to win in a row