GM to build some pickups, SUVs without start-stop feature 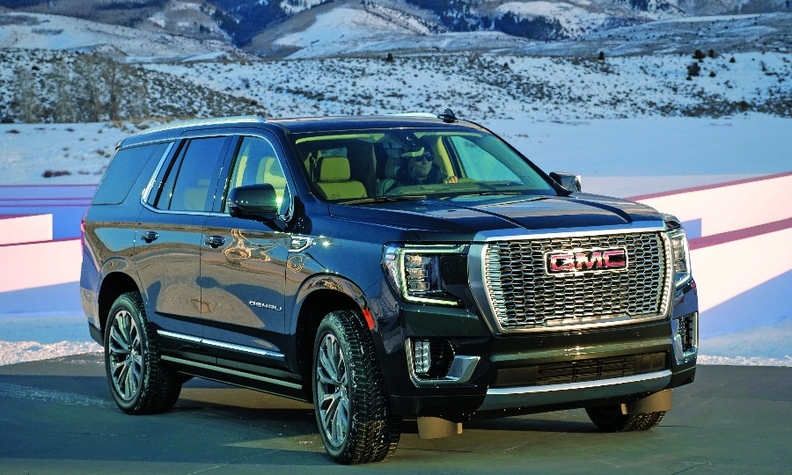 The GMC Yukon is among the vehicles that will not offer the stop/start function during the remainder of the chip crisis.

DETROIT — General Motors will build some 2021 full-size pickups and SUVs without the automatic stop-start fuel-saving feature because of the global microchip shortage, the automaker said Tuesday.

The feature, which turns off the engine when the vehicle isn’t moving, will no longer be available on select models of the 2021 Chevrolet Tahoe and Suburban, GMC Yukon and Yukon XL and Cadillac Escalade and Escalade ESV SUVs. It will also be unavailable on certain light-duty Chevy Silverado and GMC Sierra pickups.

Only pickups and SUVs equipped with 5.3L and 6.2L V-8 engines and 10-speed transmissions built on or after June 7 will be impacted, GM said in a statement. GM did not disclose the affected volume.

“By taking this measure, it will enable us to continue production of our high-demand full-size SUV and pickups as the industry continues to rebound and strengthen,” GM said in a statement.

The change will lead to a minor fuel economy reduction in most of the affected vehicles, GM said, and customers will receive a $50 credit on the sticker price for those vehicles. GM Authority reported the change Monday.

Customers will not be able to get the function added later, the automaker said. GM does not expect the adjustment to affect fleetwide corporate average fuel economy (CAFE) compliance.

“We intend to add stop-start back to these vehicles as soon as possible,” spokesman Kevin Kelly told Automotive News.

Starting with the 2017 model year, the EPA began awarding credits for compliance with federal CAFE standards to automakers whose vehicles had start-stop systems. To meet CAFE requirements, automakers often use credits from earlier years or buy credits from other automakers.

Throughout the microchip shortage, GM has protected full-size pickup and SUV production. Plants that build vehicles in those segments have remained open, while crossover and sedan plants have taken periods of downtime.

In March, GM said it would build some 2021 Silverado and Sierra pickups without active fuel management/dynamic fuel management modules, reducing fuel economy by one mile per gallon. The automaker did not say exactly how much fuel economy would decrease without the automatic stop-start feature, but noted that the impact would be minor.