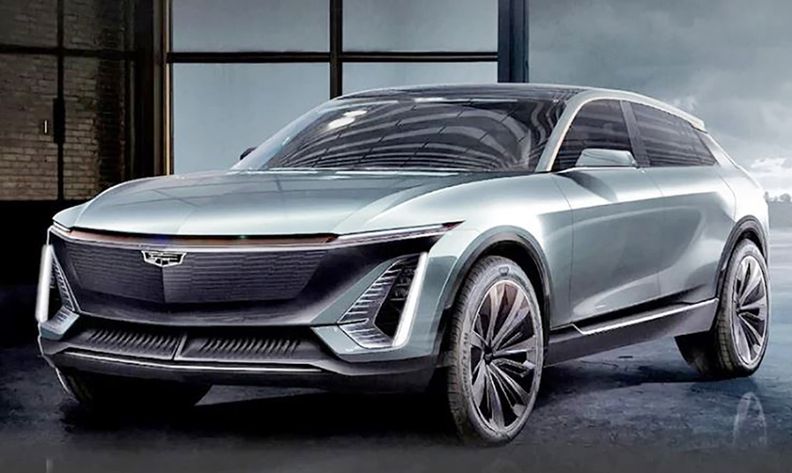 The Cadillac Lyriq is one of GM’s upcoming EVs.

DETROIT — General Motors said Wednesday it is increasing its planned investment in electric and autonomous vehicles to $35 billion through 2025, including two additional U.S. battery plants.

The automaker also said it now expects adjusted second-quarter earnings to come in $3 billion to $4 billion higher than previously projected.

GM said the strong profits it has generated in recent quarters are enabling the company to increase its commitment to EVs and AVs. Its new $35 billion target represents 30 percent more than executives announced in November and 75 percent more than the automaker’s pre-pandemic plans.

“EV adoption is increasing and reaching an inflection point,” GM CFO Paul Jacobson told reporters on a conference call. “We want to be ready to reach the capacity that we need to meet demand over time.”

Jacobson said GM already is seeing strong demand for the two EVs it currently sells in the U.S., the Chevrolet Bolt EV and Bolt EUV crossover. GM has more EVs heading to market soon, including the GMC Hummer pickup and a commercial van later this year and the Cadillac Lyriq in early 2022.

He described the increased spending and two additional battery plants as “no-regrets capital” that the automaker knows it will need even before seeing how much demand rises in the years ahead.

GM said it expects first-half earnings before interest and taxes of $8.5 billion to $9.5 billion, including $4.4 billion earned in the first quarter on that basis. It originally projected first-half EBIT of $5.5 billion, attributing the decrease to the global microchip shortage that has disrupted production at a number of plants.

It said the second half of the year “will continue to be complex and fluid” as the industry works its way through the chip shortage. Executives plan to provide updated guidance for the second half when reporting second-quarter results Aug. 4.

GM has said it plans to offer 30 new EVs globally by 2025, with two-thirds of those available in North America. The company did not provide an updated number Wednesday but said it would add “new electric commercial trucks and other products” in North America as a result of the increased spending. GM is aiming to make its full lineup of light-duty vehicles emissions-free by 2035.

The automaker now has four battery plants planned for the U.S. by mid-decade, including two already under construction in Ohio and Tennessee. More details about the two added plants, including their location, will come later, GM said.

“We are investing aggressively in a comprehensive and highly-integrated plan to make sure that GM leads in all aspects of the transformation to a more sustainable future,” GM CEO Mary Barra said in a statement. “GM is targeting annual global EV sales of more than 1 million by 2025, and we are increasing our investment to scale faster because we see momentum building in the United States for electrification, along with customer demand for our product portfolio.”

Barra was scheduled to meet Wednesday with U.S. House Speaker Nancy Pelosi and other key Democrats to discuss EVs and vehicle emissions, according to Reuters, which reported GM’s decision to increase EV spending and build two more battery plants on Tuesday, citing people with knowledge of the plans. President Joe Biden has proposed spending $174 billion to boost EVs and improve charging infrastructure across the country.

GM’s announcement comes three weeks after Ford Motor Co. upped its EV spending by more than a third, to $30 billion by 2025.