Godzilla Vs Kong Opening Sequence Is Way Similar To Shrek? This Viral Video Will Surprise You!

Godzilla vs Kong is doing fantastic business at the worldwide box office despite the pandemic. After some big Hollywood films proved to be duds back to back, this one has shown a ray of hope to the industry.

While the monster film is all set to touch the 50 crores mark in India, it has done fantastic business in China and other international markets as well. Even in the US which has been consistently performing badly in the pandemic, the film has performed in a much better way. Despite being a hybrid release, Godzilla vs Kong is close to crossing Tenet‘s lifetime business in the US which has been the highest post-pandemic.

Godzilla vs Kong has surely found immense appreciation among its target audience for the entertainment it provides. However, apparently, it has got some limitations as well, especially when we talk about originality.

A TikTok user has claimed that the opening scene of Godzilla vs Kong featuring the King Kong is similar to that of Shrek. In a video that is going viral on Instagram, the user has been noticed saying, “I am only 2 minutes into this movie and I f**king dare you to tell me that this isn’t just the opening to Shrek.” Watch the video below:

Watch the opening sequence of Shrek below: 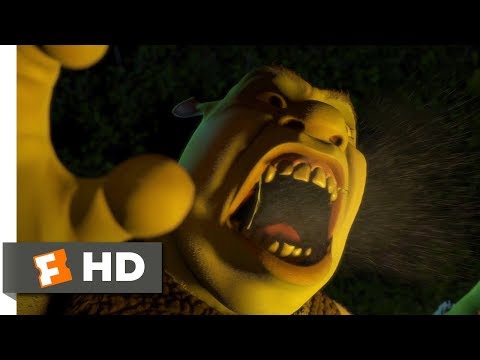 What are your thoughts on the same? Do you agree with him?

Meanwhile, recently director Adam Wingard opened up about his initial reaction to Warner Bros announcing a hybrid release plan for its slate. He said it did hurt him initially.

In an interview with Deadline, Adam Wingard said, “If you’d asked me in December, it would have been a different answer. The day HBO Max surprised all of us, it was December 3, my birthday. Here I am, going out of town to celebrate, and I get a text from my agent, Dan Rabinow. Immediately incoming: the announcement that all WarnerMedia titles are going to HBO Max. I was like, ‘What the hell?’”

. Loki Trailer: From Chris Hemsworth AKA Thor’s Absence To The Wicked Side Of Loki, Here’s All The Twitterati Is Talking About