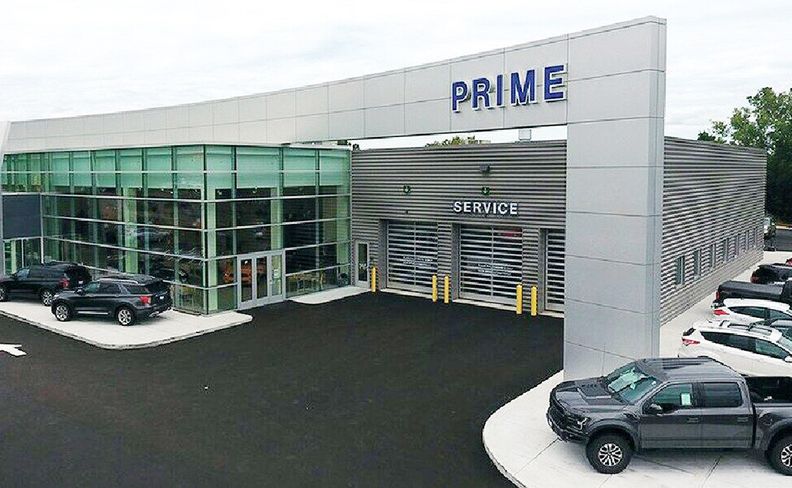 The partnership that owns the majority of Prime Automotive’s assets sold 14 dealerships last year. Its store count is now 31.

The holding company that owns most assets of Prime Automotive Group — one of the largest dealership groups in the country — is raising doubts in audited financial statements released last month about whether it can continue as a going concern.

The May 14 regulatory filing with the U.S. Securities and Exchange Commission also reveals that some automakers since February have sent franchise termination notices or are threatening to terminate dealer agreements. In addition, the holding company is exploring various options for Prime’s future, ranging from a possible public company listing to the divestiture of dealerships.

An expiring credit agreement is the impetus for the going-concern warning.

The registration statement for the GPB Automotive Portfolio limited partnership — the holding company that owns 30 of 31 Prime dealerships — reveals that Prime’s credit agreement for vehicle floorplanning, mort- gages and other debt led by M&T Bank Corp. is set to end in February.

“We have determined that there is substantial doubt as to our ability to continue as a going concern, due to the expiration of the credit facility for the majority of our dealerships within 12 months, as well as certain other factors,” the filing states. “Our inability to extend the maturity of our credit facility, or replace the credit facility, prior to its maturity in February 2022 would materially adversely affect our financial condition, results of operations, cash flows and business operations.”

GPB Capital Holdings, an alternative asset management firm and the limited partnership’s general partner, said in a statement to Automotive News that the GPB Automotive Portfolio has seen improved profitability on an adjusted basis and an increase in cash since 2018. A GPB spokesman said the going-concern doubts are related to the timing of Prime’s floorplan loan being set to expire in less than a year and are not connected to the operations or profitability of the dealerships.

“Auditing standards required the auditor to issue the going concern qualification,” the GPB Capital statement said. “Absent that, [GPB] management believes a clean audit opinion would have been issued.”

EisnerAmper, the New York accounting firm that conducted three years of audits for the partnership, also cited restrictions on Prime’s ability to transfer money to the partnership to meet its obligations as a reason for the going-concern doubt. A spokesman for EisnerAmper declined to comment.

The GPB partnership is made up of thousands of investors who raised $682.9 million. GPB used the money to buy dealerships. Investors were promised 8 percent annual returns, but distributions stopped in late 2018. GPB Capital was accused of operating a “Ponzi-like scheme” by the SEC in a February civil case that named former GPB CEO David Gentile, who also was indicted that month on federal securities fraud and other charges.

Several states have filed lawsuits against GPB Capital, and a federal monitor was appointed to oversee GPB and the dealership operations as part of the SEC case. Following that case, the indictments and the lawsuits, the partnership received termination notices from at least one automaker, the May filing said.

In the filing, the partnership said if a notice of termination cannot be resolved, it would file litigation to “protect its rights” to keep the dealerships. The GPB spokesman said that as of Thursday, June 3, no franchises have been terminated.

The GPB spokesman said Prime executives are “engaged in productive discussions with M&T and other third-party lenders to extend the existing floorplan agreement and believe an agreement will be reached in the near future.” M&T Bank did not respond to requests for comment.

The partnership also ran into trouble with floorplan lenders such as J.P. Morgan Chase and Ford Motor Credit Co., according to the filing.

In April 2019, Ford Motor Credit sent notice that “due to uncertainties related to the partnership” and “other concerns,” it was canceling financing for certain Ford stores owned by GPB entities in June 2019. Ford Credit allowed agreements to continue while other financing sources were secured or until the dealerships were sold. The affected Ford dealerships were sold last year.

Chase in August 2020 provided a termination notice for undisclosed dealerships effective last November. Prime sold some of the affected dealerships in September and October last year. In December, the partnership secured financing through Subaru Acceptance Corp. for one dealership and is “actively seeking” alternative financing for one other dealership, the filing said.

Chase as of May 14 continued to extend financing for that remaining dealership while Prime negotiated terms with a new lender, according to the filing.

Prime of Westwood, Mass., ranks No. 18 on Automotive News‘ list of the top 150 dealership groups based in the U.S. Its store count has shrunk over the past few years.

The partnership in 2020 sold 14 Prime stores. Last year, Prime said it planned to use money made from dealership sales in outlying states to buy more stores in its core Northeast market. But its credit agreements bar it from making additional dealership acquisitions of more than $2 million, according to the filing.

The partnership is considering a number of options ranging from “co-investments, a spin-off of businesses, a public listing or merger or a sale of individual dealerships or groups of dealerships,” according to the filing.

“We may also consider disposing of dealerships to provide operational liquidity to the partnership.”

GPB Capital, as the partnership’s general partner, has a fiduciary responsibility to maximize asset values for investors, the GPB spokesman told Automotive News. GPB is evaluating options such as a sale with a strategic partner or doing some type of public transaction, he acknowledged.

The partnership posted a net loss of $7.4 million last year, better than the two prior years of larger net losses.

GPB said the partnership has expenses related to managing the fund such as audit and tax preparation fees, management assistance fees and legal fees that reduced the partnership’s profitability.

GPB Automotive Portfolio’s net loss attributable to the partnership, a different metric than net loss, was $19.3 million in 2020, the filing said.

GPB Capital’s interim CEO Rob Chmiel wrote in a May 17 letter to GPB Automotive Portfolio investors that after “significant asset impairment charges” were taken in 2018, Prime’s new management in the past two years has trimmed operating expenses by $94.9 million, cut liabilities by $335.6 million through selling dealerships and cutting expenses, and boosted cash on hand by $80.7 million.

“The audited financial statements underscore we have significant work to do,” Chmiel wrote in the letter, which was obtained by Automotive News.

“However it also demonstrates that our operating trend lines across expenses, profitability and cash flow generation are on an improved trajectory.”