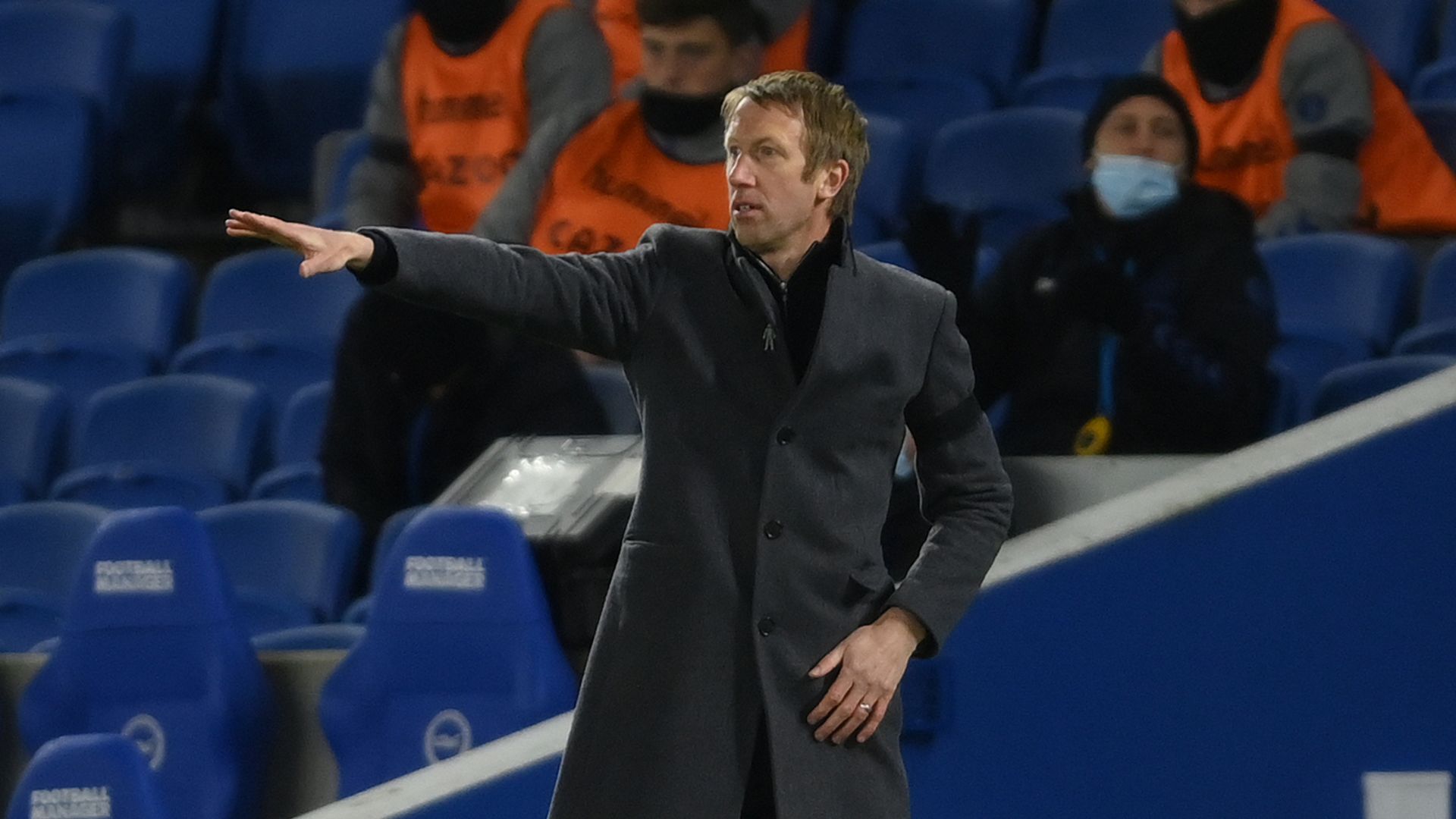 Brighton boss Graham Potter has played down speculation linking him with the Tottenham job and insisted he is happy at the AMEX.

Spurs are currently under the caretaker management of Ryan Mason and searching for a permanent successor to Jose Mourinho.

Albion chief executive Paul Barber said on Thursday that there had been no approach for Potter and the club had “no desire whatsoever” to allow their head coach to leave.

Former Swansea boss Potter, who faced questions about his future when the Seagulls were struggling earlier in the season, has a contract until 2025 and feels he has unfinished business.

“I think that’s the challenge of being a football coach, certainly in the modern day, there is speculation, positive and negative,” he said.

“It was only a few months ago I was answering questions whether I had the support of the chairman, so you’ve got to take these things with a pinch of salt.

“My focus is on here. I am doing as well as I can, I feel I have the support of the board, the players, the staff, we’re in a really exciting moment in terms of we’ve done a lot of work and we want to carry that on.

“We haven’t finished anything here, there’s a lot to do and I am really happy here. It’s nice to hear Paul say that, he doesn’t have to, but it’s nice.”

Brighton will guarantee Premier League survival for the fourth successive season with victory at Wolves on Sunday.

Even if Albion were defeated at Molineux, safety would still be assured should West Brom fail to win at Arsenal on Sunday evening and Fulham lose at home to Burnley on Monday.

Potter, whose side significantly eased relegation concerns by beating Leeds 2-0 last weekend, is eager to avoid being reliant on results elsewhere, however.

“There is a feeling of positivity and we want to finish off as strongly as we can.

“We are not mathematically safe, we need to carry on fighting, we don’t want to rely on anyone else, we want to get the points ourselves and that’s where the focus will be at the weekend.”

Potter confirmed defender Shane Duffy has resumed training with Brighton after his loan move to Celtic was cut short.

Talks regarding the Republic of Ireland international’s future will wait until the end of the season.

“He’s had a tough time, I would say. Sometimes in football things don’t go as you want them to go,” said Potter.

“Shane’s had some tough challenges off the pitch, losing his father just before he went to Celtic was a huge challenge for him, as you can imagine. He’s had to deal with a lot.

“He, more than anybody, would have liked it to have worked out better than it did up at Celtic but that’s football.

“From our perspective, he’s always welcome here, he’s been a fantastic servant for this club, well-liked in the dressing room, so it’s important for us now to help him get back on his feet and to put him in an environment where he feels secure and enjoys his football and that’s what we will try to do for the next couple of weeks.”

Asked if Duffy will be part of his plans next season, Potter replied: “He’s like quite a few guys, we have to sit down and plan and see where everybody is at because some players feel that they need to go and play and some players are happy being here.

“But now is not really the time to think about that; it’s a time to finish of the season well. Shane will be training with us and supporting the guys, like he does all of the time.”

Previous article​There Is No Excuse For Animal Cruelty Says John Abraham
Next articleHardik Pandya was not selected in India test squad for WTC finals, England series, here’s why