A new update has been released for Grounded Update 0.12.0 with (Into The Wood Update) Patch Notes. You can find out all the details of the Game Update, Bug Fixes, improvements, and Patch Notes below. The Grounded Update 0.12.0 (Into The Wood Update) is now available for download, for all platforms PS4, PS5, PC, Xbox Series, and Xbox One. The file size may vary depending on the platform.

Thought the sandbox was sizzling hot? Just wait until you find yourself near the blistering coals of the spilled barbecue! But there are rewards to be found alongside the risks, so don your favorite Fresh gear and take a look! 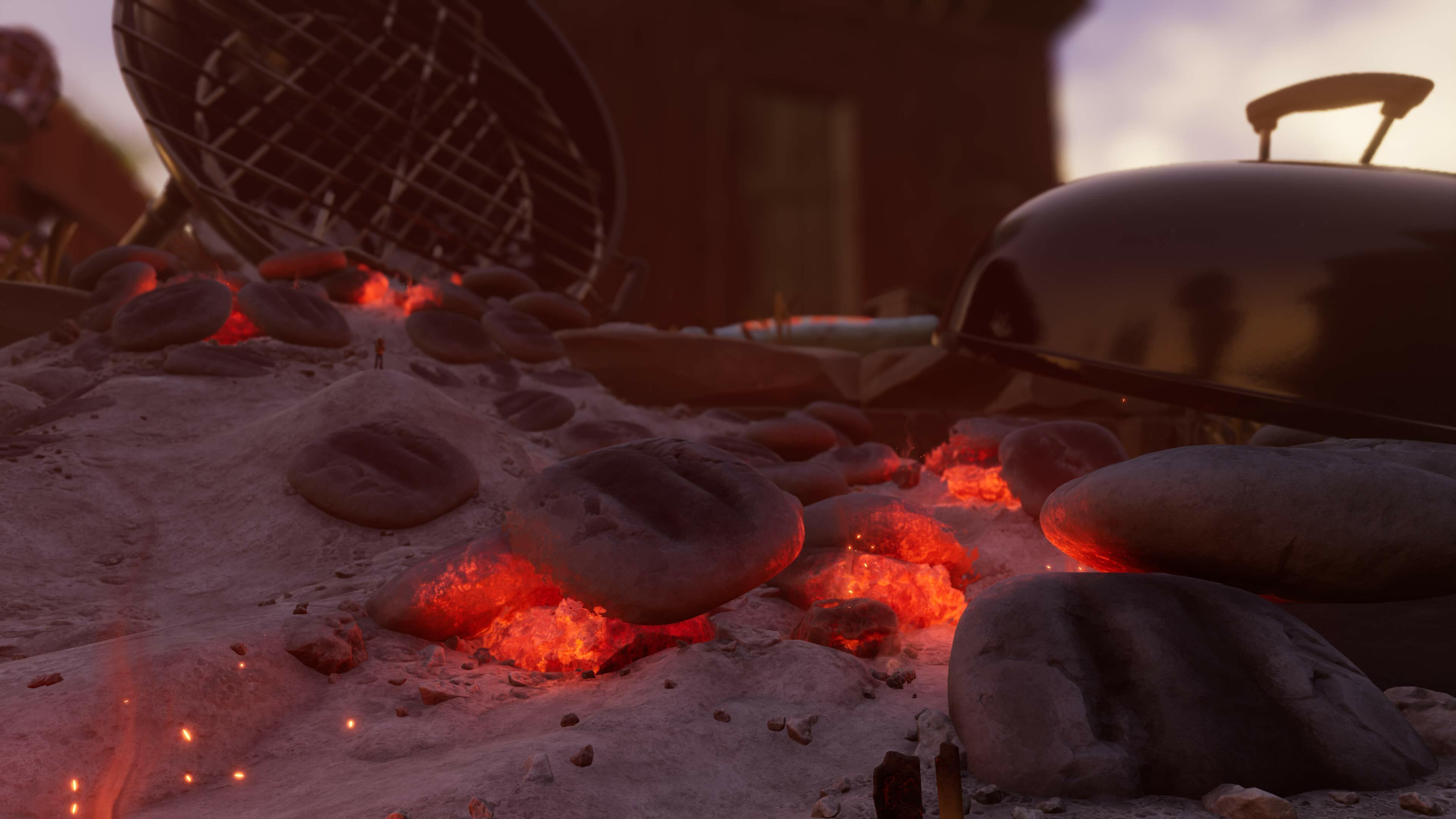 Next to the shed is a pile of logs that also serves as a stronghold for a hive of termites. These new neighbors are especially nasty to trespassers, so beware when exploring their lair for untold loot! 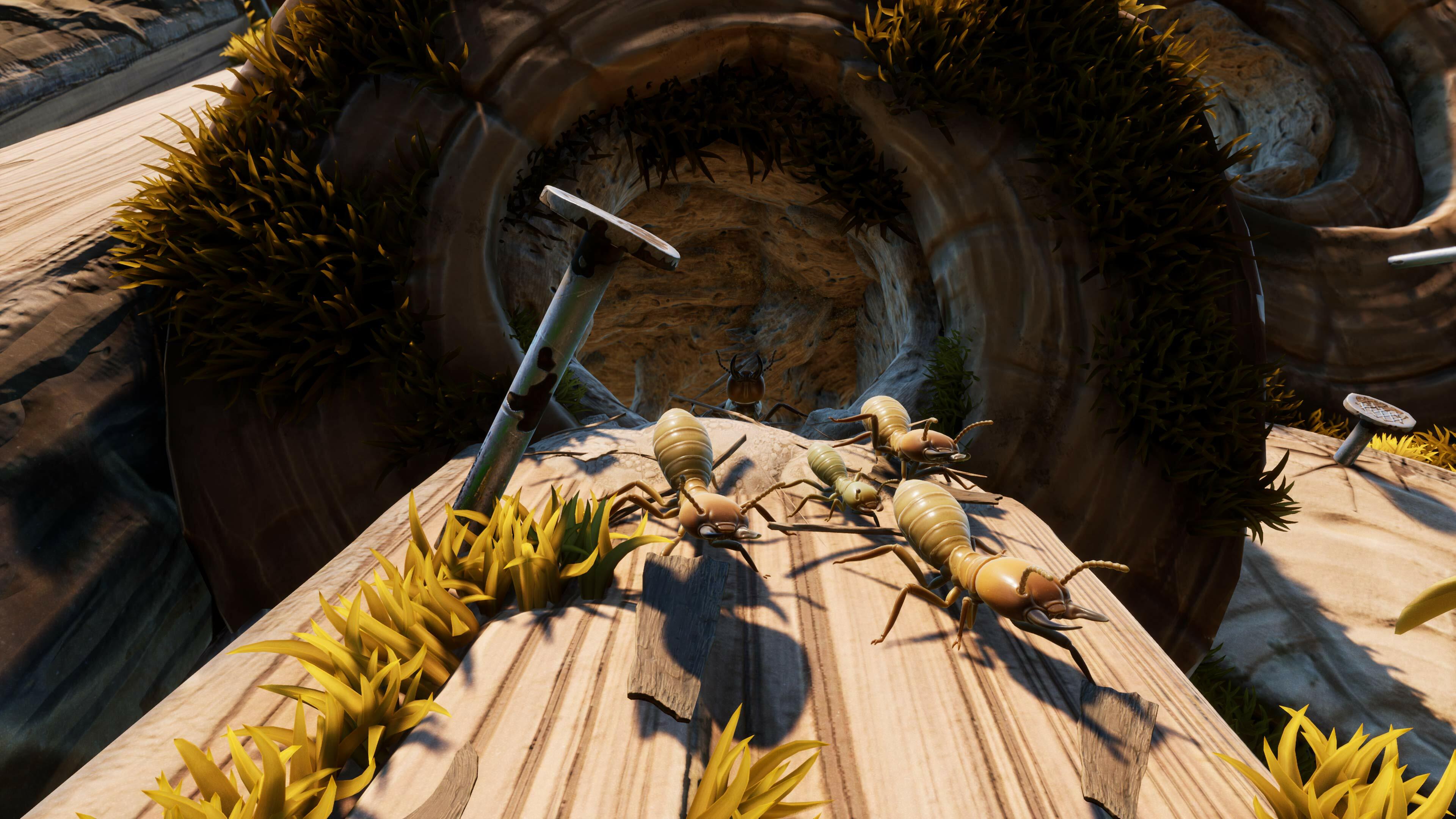 And more places to explore around the shed! 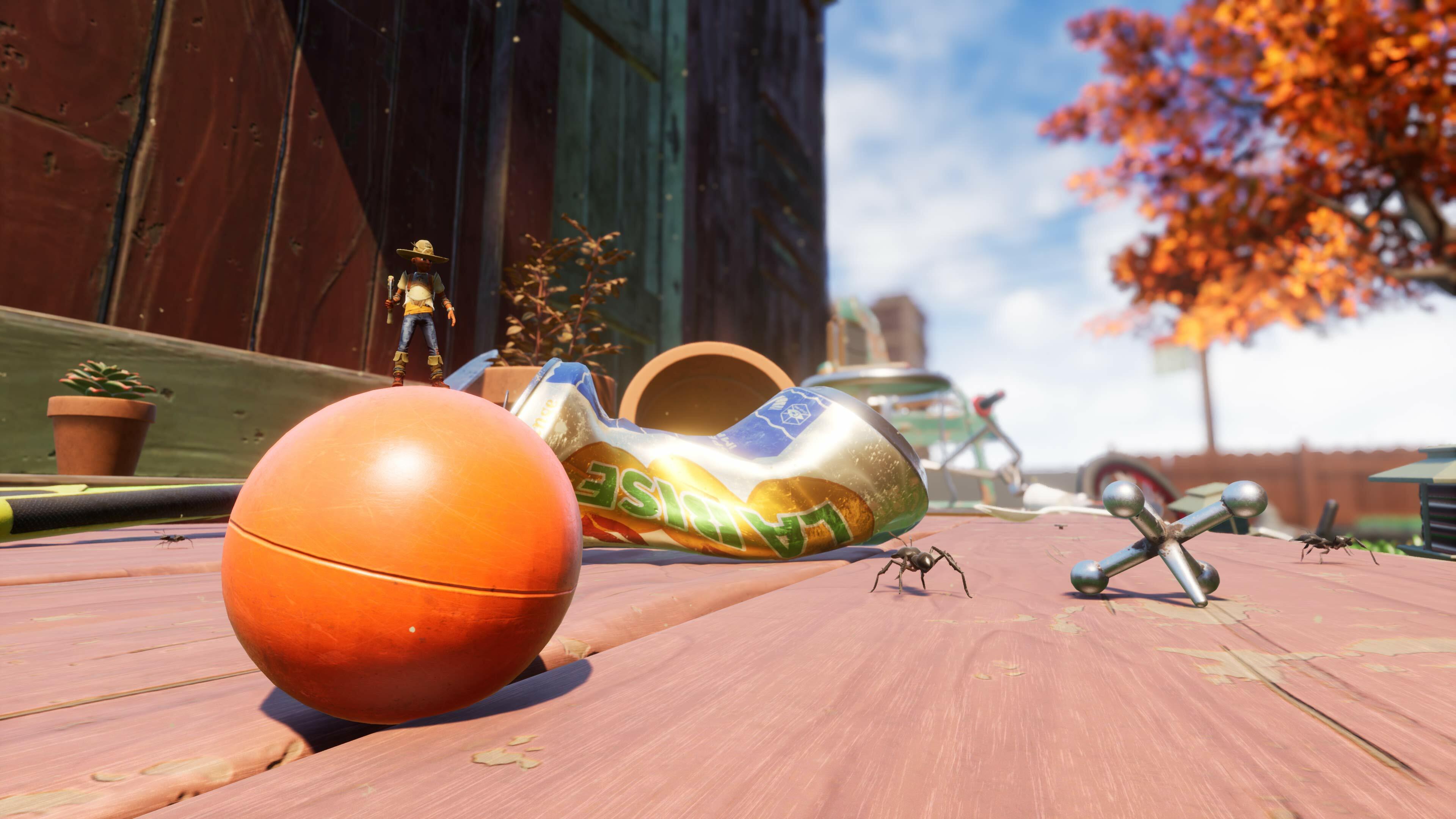 Alongside these new areas, check out some new weapons, armor, and building options we’ve added! 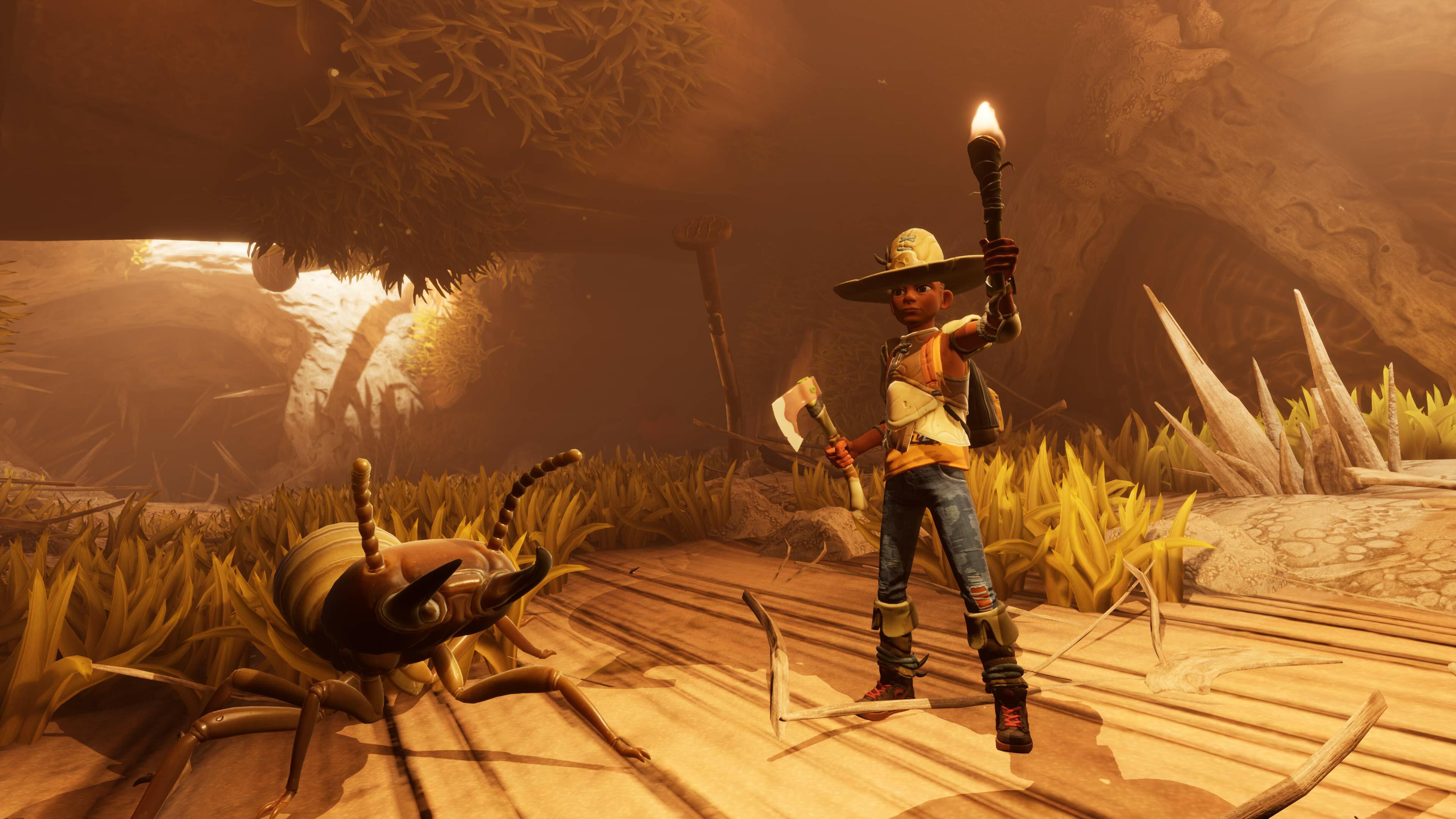 .And keep an eye out for a hot secret for you to uncover!

New flooring material from the burr(ly) weeds, and customization await any builders looking to add some flair and mood lighting to their abodes. 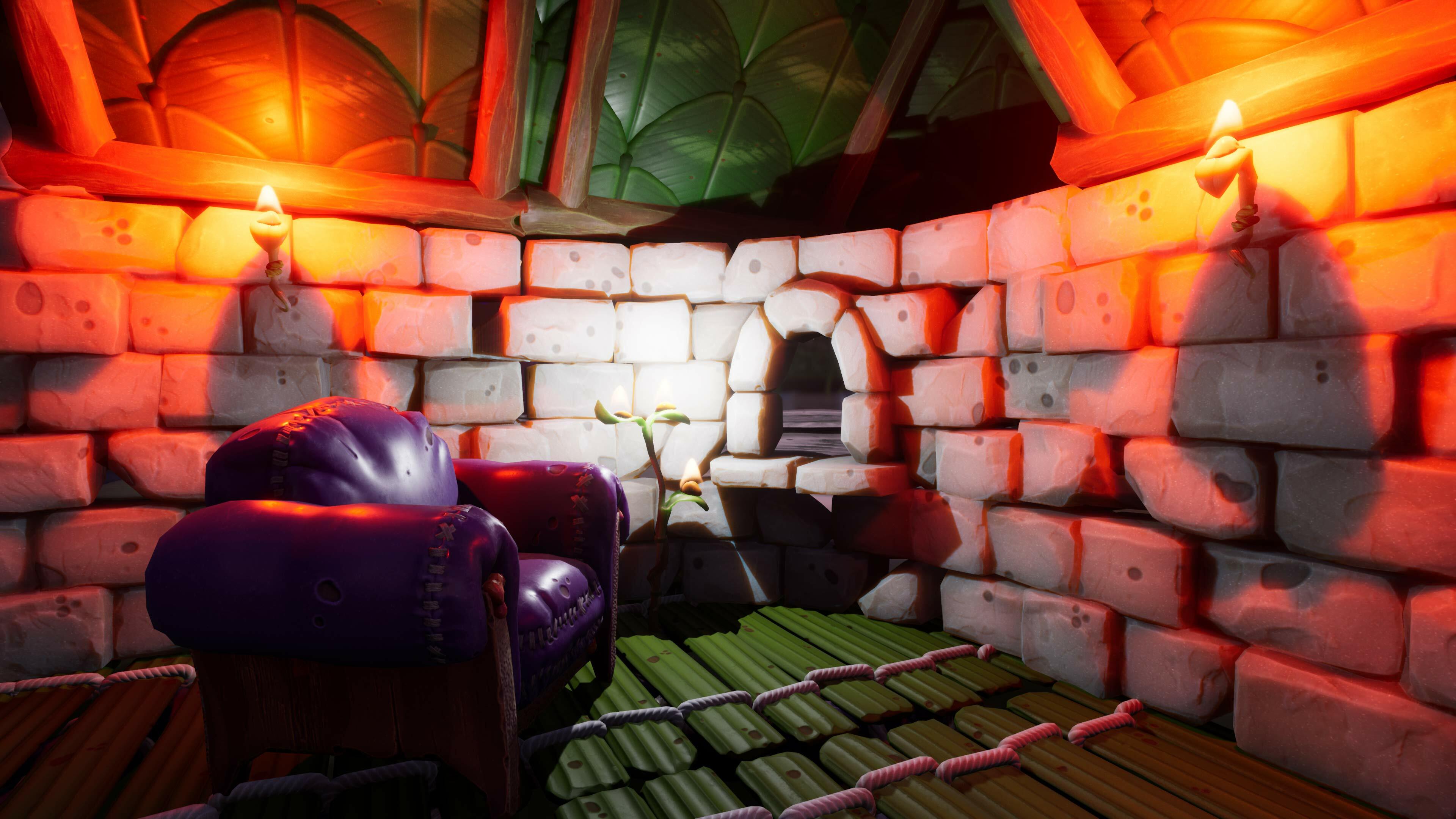 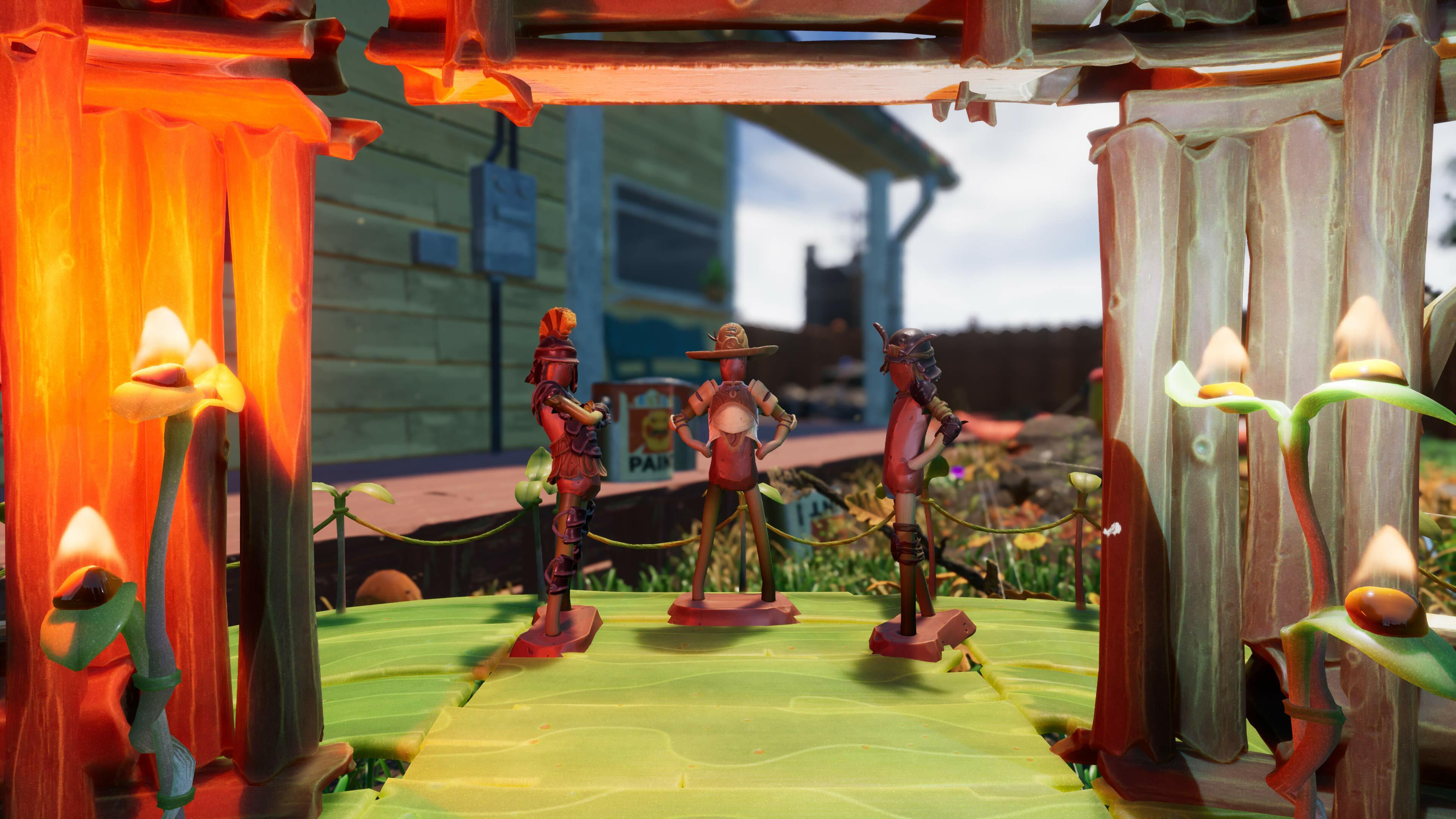 Peep(.R) our New Features! The Peep. R We heard you wanted to zoom in and enhance, but we thought, “Why do we need a tool for this when we can just use our hands?” And thus, the Peep. R was born. Take a look from far away, mark points of interest for yourself and your allies, and don’t worry about taking up another inventory space! 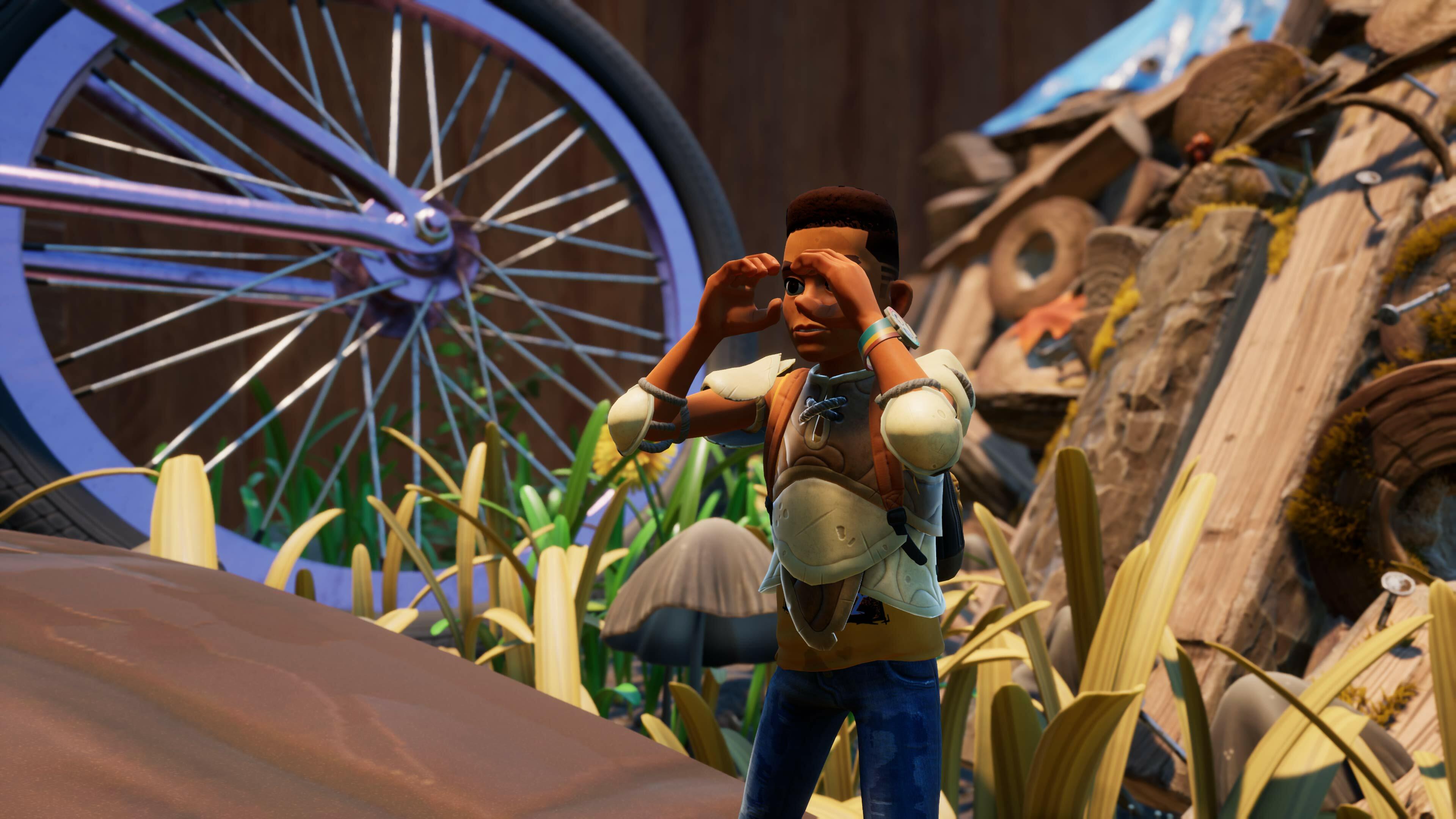 Resource Survey Stations If you’ve ever found yourself unable to find a pebblet the one time you actually need one, just hop on over to your nearest field station and get your map to show you where you can find the nearest one! Keep in mind it will only show you items you have analyzed in areas you’ve already explored, though! 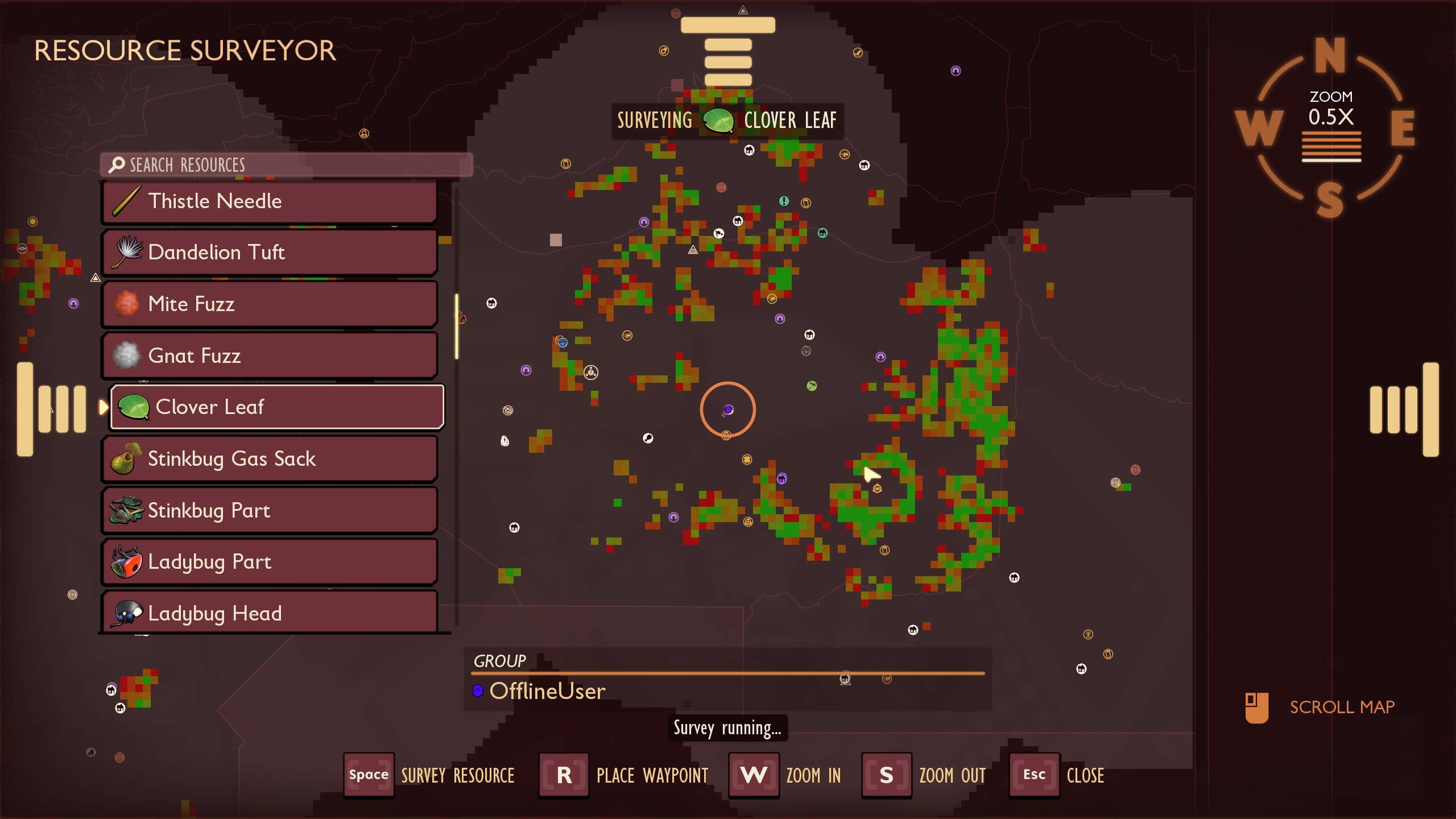 Quality of Life Improvements The voices of the community did not fall on deaf ears, and with this update, players will be able to craft multiple items and quickly store items they’ve found so you can get right back out there!

TEN New “Friends” (and one royal surprise)!
Not only has this update introduced the termites that have made their home in the yard, we also have TEN new friends you might encounter in the yard! Well, ten and an unexpected royal guest.

Check out some of your new backyard pals below, including the shiny scarab, the ladybird and its larva, and the incredibly solid black ox beetle. Explore the new areas (and a few old ones) to uncover more! 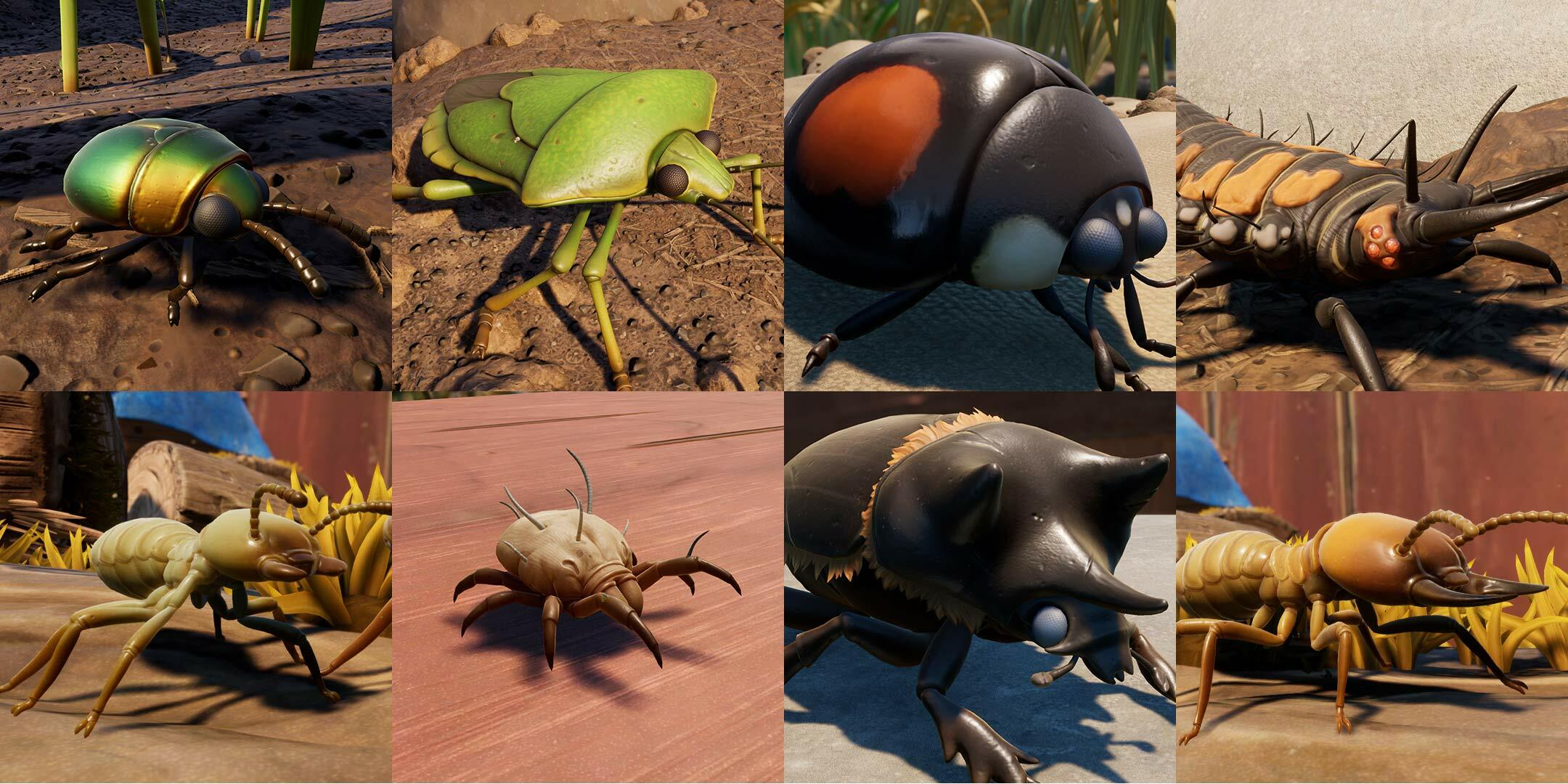 And, of course, there’s always more! Check out our full patch notes below.
Public Test Patch Notes for Update 0.12.0
Potential Spoilers below.New Explorable Environments
Note for the test: The new areas are still in active development. We encourage everyone to build in these areas for feedback and testing purposes, but please keep in mind that the terrain and objects in these areas might shift or move before the official 0.12 release. Please also keep in mind that as we continue to add new items to the game during the testing period, there is always a chance that anything you build in the test may not work as expected when moving from the test to the live build. Thank you!The first expansion into the upper yard!BBQ Spill Get ready for this sizzling hot area as you prepare to journey through the ashy wastelands of the BBQ Spill.
Shed Surroundings Filled with plenty of items to explore and new creatures to encounter, we know you’ll find plenty to do in this exciting new area.
Wood Pile Traverse into the depths of the woodpile, but beware, because as you lumber deeper down the halls you will quickly realize you are not alone.
New Bugs 10 New Additional Bugs (technically 11)

New Features Resource Survey Stations Field Stations now have survey stations that can be operated to search for resources in the yard. After flipping the switch in the Hedge Lab, the surveyor system across the yard will become powered.

Peep. R Mode Peep Resonance is a SCA.B Executable feature turning your tiny hands into lightwave amplifying chambers that bring the distance into focus. Peep off into the far reaches of the yard and drop player waypoint markers. These markers show up on your map and other players’ screens for better team peeping and navigation around the yard!

Building Customization There’s a new menu to a selection of buildings that allows you to customize the look or behavior of the building.

Improved Data Page The Data tab in your SCA.B menu has been improved to better organize and show new information. Items and information will be categorized by where they came from or what it pertains to. You will also have entries and descriptions of all notable locations discovered in the game as well as know-how many you are missing from each area.

Additional Features New Languages Turkish, Thai, Arabic, and Japanese.
Craft Many “Craft Many” button in the Crafting menu will allow you to craft 5 of something at a time.
Copy Placed Building You can quickly select a building blueprint to start placing down by walking up to an already placed building and hitting the “Copy” interact action. This way, you can quickly copy building blueprints without always needing to open up the building menus.
Storage Hot Deposit You can now “Hot Deposit” like items on storage buildings by holding Interact on them. “Hot Deposit” will automatically deposit any items in your inventory that match any items already in the storage container.
Achievements Added 8 New Achievements