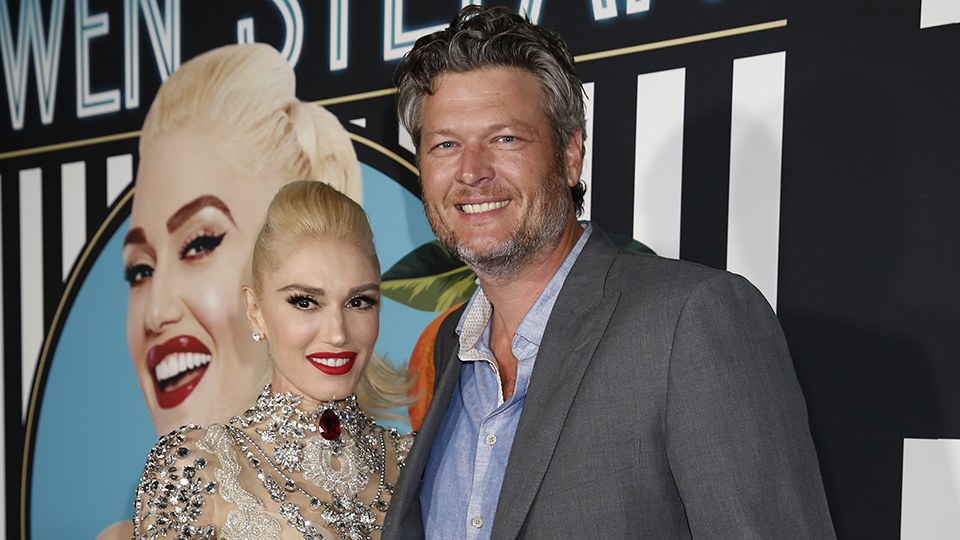 Rewriting history. Gwen Stefani shaded Blake Shelton’s ex-wife Kaynette Williams by photoshopping herself into a picture of her husband at a past event he attended with his then-spouse.

The “Hollaback Girl” singer took to her Twitter on Wednesday, August 4, to share a picture of the “God’s Country” crooner at the 2003 Country Music Awards. The photo showed Blake in a cowboy hat with dark curly hair and a suede brown suit. Next to him was an early aughts Gwen in a white tank top and shorts. “#NewProfilePic,” the “Sweet Escape” hitmaker captioned the shot. Though the picture looks like an authentic red carpet shot from the early 2000s, the photo, in fact, never existed.

It was photoshopped. Gwen was never at the 2003 CMAs. Instead, Blake attended the award show with his then-wife Kaynette Williams, who was also his high school sweetheart. Blake and Kaynette were married from 2003 to 2006. He married his second wife, Miranda Lambert in 2011. The couple split in 2015, the same year Gwen separated from her ex-husband, Gavin Rossdale. (Gwen and Gavin share three sons: Kingston, 15, Zuma, 12, and Apollo, 7.)

This isn’t the first time Gwen has rewritten history. In September 2020, she photoshopped Blake to replace Gavin in a throwback photo. “#datenight @acmawards w my boo🥰 @blakeshelton gx,” she captioned the post. The image she used of Blake came from the 2003 CMAs.

Gwen and Blake, who met on season 7 of The Voice in 2014, married at the country singer’s ranch in Tishomingo, Oklahoma, (the same city as Ole Red) on July 3. The couple tied the knot at a chapel that Shelton built for the wedding.  According to E! News’ source, Gwen and Blake didn’t go on their honeymoon yet, but were able to bond with each other for a few days after their wedding. “After the wedding everyone left town and Gwen and Blake spent a few days on the ranch with just her kids,” the insider said. “It was really relaxing and they could let everything from the weekend sink in.”

The source continued,”They both have work commitments coming up so it’s a busy time. Not a lot has changed other than calling each other husband and wife. They are just extremely happy and excited about finally being married.”

During an episode of The Voice in May, Blake referred to Gwen was the “greatest thing” to happen to him from the show. “People ask me all the time, ‘What’s the greatest thing that has happened for you since you’ve been on The Voice?’” Blake said during the episode, where he and his fellow Voice coaches looked back on the series.. “That’s a no-brainer, right? I met my fiancée here. It’s hard to resist Gwen Stefani. You know, here’s this iconic rock star coming to be a coach on The Voice in a black minivan. That was cool to me.”

The Voice is available to stream on Peacock. Here’s how to watch it for free.