Harry Kane returned from injury to ease the pressure on Jose Mourinho as the Tottenham striker inspired a 2-0 win against West Bromwich Albion on Sunday. 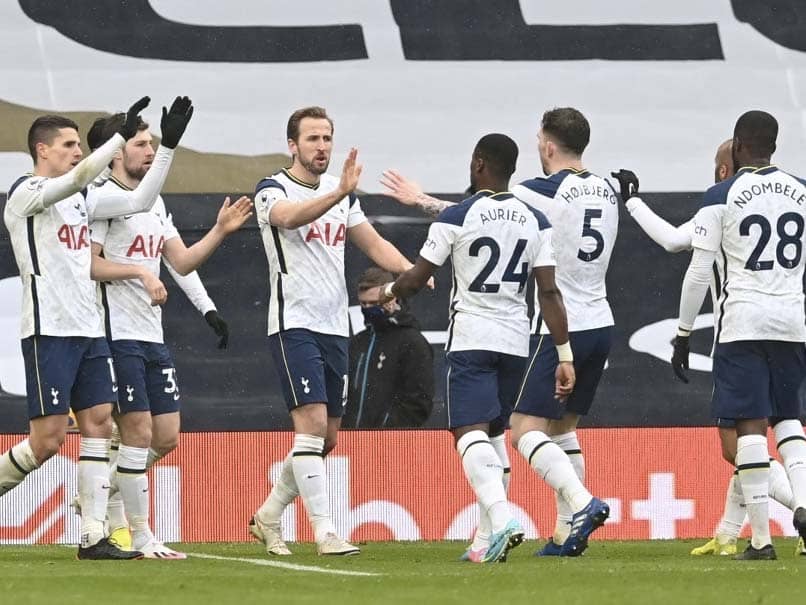 Tottenham secured a 2-0 win over West Brom on Sunday.© AFP

Harry Kane returned from injury to ease the pressure on Jose Mourinho as the Tottenham striker inspired a 2-0 win against West Bromwich Albion on Sunday. Mourinho’s side had lost their previous three Premier League games to put their top four hopes in peril. Revitalised by Kane’s earlier than expected return from an ankle problem suffered against Liverpool, Tottenham got back to winning ways just when the under-fire Mourinho needed it most. Kane had missed the last two games, but he made up for lost time by opening the scoring in the second half at the Tottenham Hotspur Stadium.

Kane’s 20th goal in all competitions this season took him to 208 goals in 317 Tottenham appearances — level in joint second place alongside Bobby Smith in the club’s all-time scoring list.

The England captain’s milestone goal was followed by a Son Heung-min strike moments later that killed off West Brom.

Amid criticism of Mourinho’s negative tactics and talk of rifts with several players, there is a long way to go before seventh-placed Tottenham are completely back on track.

Only three wins from the last 12 league games before this weekend — the same sequence that saw Mourinho’s predecessor Mauricio Pochettino sacked — had left the Portuguese coach in the spotlight.

But, in the midst of Mourinho’s winter of discontent, this was a small step in the right direction as snow flurries swirled around frozen north London.

Thursday’s defeat against Chelsea condemned Mourinho to consecutive home league defeats for the first time as a manager.

In the circumstances, second bottom West Brom were ideal opponents for Tottenham to end their dismal decline.

Kane showed the class that Tottenham miss in his absence when he spun away from his marker and delivered a pin-point pass that Son couldn’t convert.

Inevitably at the heart of all Tottenham’s best moments, Kane was inches away from opening the scoring, taking Serge Aurier’s pass in stride and firing just wide.

There was a little sign of rustiness when Kane shot wide from Son’s pass, but he was back involved moments later when his blocked effort was nearly scrambled in by Lucas Moura.

Shifting Lucas’s pass into his right, Kane looked more like his old self when he unleashed a fierce strike that Sam Johnstone pushed away.

Johnstone made an even better save to keep out Aurier’s close-range diving header.

After being outplayed for the entire first half, West Brom’s Mbaye Diagne threatened to give the visitors a shock lead when his header almost squirmed away from Tottenham keeper Hugo Lloris.

Tottenham’s incessant pressure finally paid off in the 54th minute as Kane beat the offside trap to collect Pierre-Emile Hojbjerg’s pass before guiding a low shot into the far corner.

Four minutes later, Son wrapped up the points after a rapier thrust from Mourinho’s men.

Taking Kane’s lay-off, Lucas ran from deep inside his own half to the Albion area and picked out Son, whose clinical finish took him to 17 goals in all competitions this term.