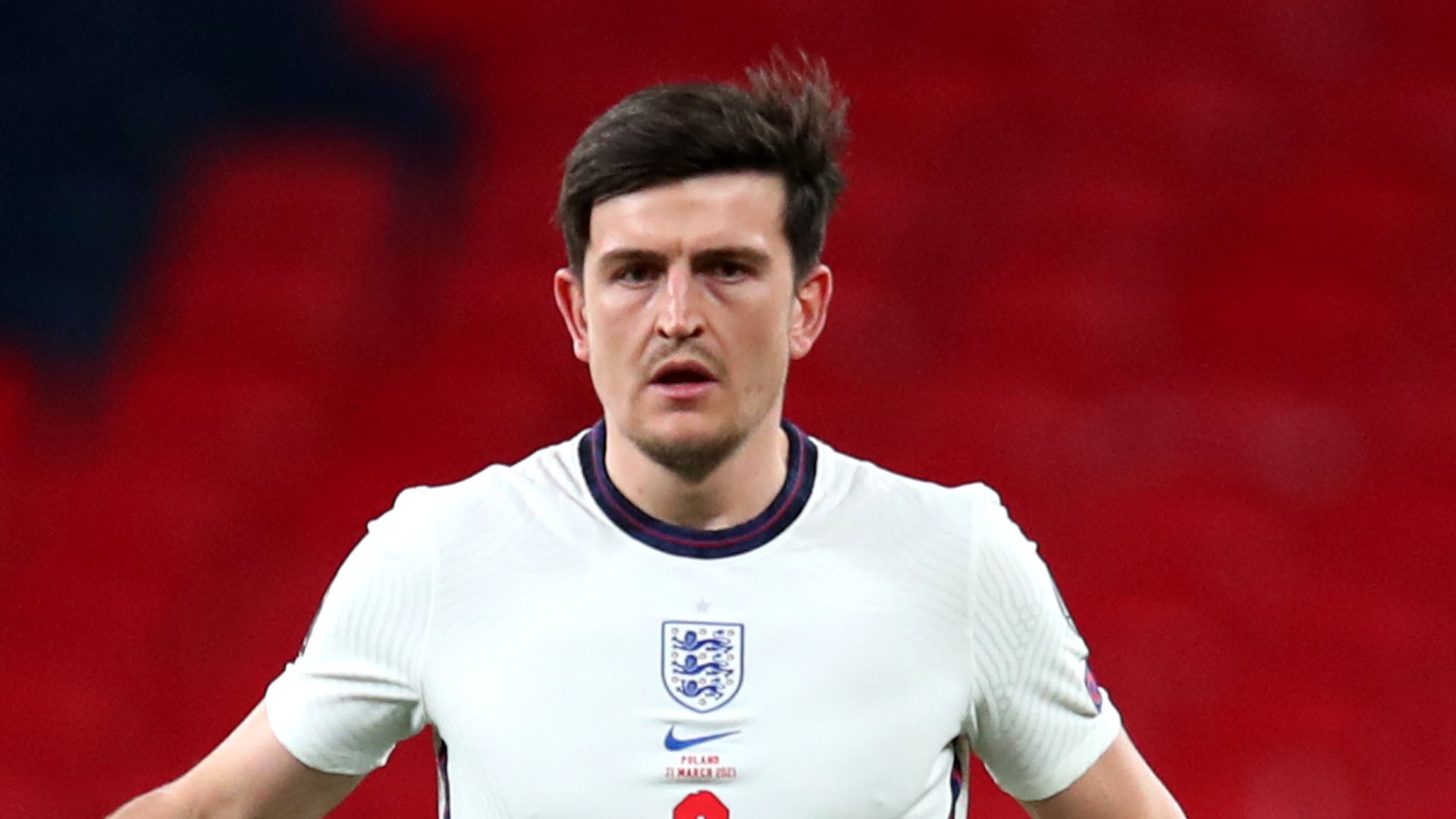 Gareth Southgate says Harry Maguire faces a race against time to be fit for England’s Euro 2020 opener against Croatia on June 13.

The Manchester United defender was named in Southgate’s 26-man squad despite being sidelined with an ankle ligament injury.

Maguire is yet to join up with the group as he quarantines following his return from United’s Europa League final defeat in Poland and Southgate says he is a doubt for the Wembley date with Croatia.

However, the England boss had no hesitation in including him in his squad.

“We know exactly where he’s at,” said Southgate of Maguire’s fitness.

“Our medical team have been over with him in Manchester. He’s not travelled to us yet because of quarantine issues coming back from Poland. That was a bit more complicated.

“He’s got a bit to do, like Jordan Henderson, to be available. But we feel the possibility that they can play a part, and the fact they’re such fantastic characters to have around the group… Hendo’s leadership and presence is already having an effect on other people, especially the younger ones in the group, but all of the others as well.

“Given we’re able to pick 26, we felt the opportunity to have those two with us was straightforward.”

Pressed further whether Maguire would be ready for the game against Croatia, Southgate said: “It is going to be tight for the first game, there is no question.

“He is such a good player and because we had the additional size of squad, we wanted to take that opportunity to bring him into the squad.”

He said: “We went through this last week. We have four players that play sometimes at right-back for their clubs.

“If I could have picked five or six right-backs I would have done.

“We are here to play nine games. We already have some injury doubts in the group. We need adaptability, good players, good professionals and we are fortunate we have old and young players to do that.”

Jesse Lingard, James Ward-Prowse and Ollie Watkins were among the six names cut from the 33-man provisional squad.

Mason Greenwood withdrew through injury on the morning of the announcement, with uncapped trio of Aaron Ramsdale, Ben Godfrey and Ben White also missing out.

Lingard’s outstanding start to life on loan from Manchester United at West Ham saw him brought in from the cold in March’s World Cup qualification triple-header.

The 28-year-old played a part in all three of those matches but Southgate indicated in the build-up that he was there due to the absence of the injured Jack Grealish and Jadon Sancho.

“Jesse has done incredibly well to get back in the race,” said Southgate. “Going back to January he was a million miles from being selectable for an England squad.

“I said in March he’d had a fabulous few weeks but you’d have to say he was a little fortunate because we were without four wide players at that time. He had a good spell with West Ham and is a player who has played so well for us.

“We have total trust in the way he plays. He’s reliable, a great member of the group. He’ll play tomorrow (Wednesday) because Sancho is ill and we’ve got a lot of players unavailable.

“For the balance of the team, he’ll start. He deserves that opportunity to go and show me that I’m wrong straight away.”