Clint (Jeremy Renner) has had a rough time in the past few Marvel movies. Hawkeye has not only watched his best friend die, suffered fall out from Avengers Endgame’s Blip, and had to face off against the universe’s elite bad guys, but he has now been left to deal with Kate’s problems.

Get Disney+ Membership At A Discount

Want to watch every single movies from Marvel, Pixar, 20th Century Fox? Disney+ includes all of its animated classics, as well as the complete Star Wars saga, and hundreds of titles in between! There are also new exclusive boxsets added all the time. Sign up for an annual subscription at the link to save over 15% off the monthly price!

Kate and Clint met in the first episode after she was found wearing his Ronin armour.

Already, just two episodes in, Clint has begun mentoring the young archer, setting up the day when she could potentially take over from him.

And although Kate was inspired by Hawkeye during the events of the Attack on New York in 2012’s Avengers Assemble, it was actually Avengers Age of Ultron that spelled the beginning of his teacher status.

Marvel boss Kevin Feige explained where the connection between Clint and Kate came from in the Disney Plus show.

He said: “There are moments within all of Jeremy’s appearances where you see this mentor under the surface.”

Hawkeye: Kate Bishop’s storyline was hinted at in Age of Ultron (Image: MARVEL • DISNEY PLUS)

Hawkeye: Will KAte Bishop take over as the new archer for the Avengers? (Image: MARVEL • DISNEY PLUS)

Kevin noted a moment between Clint and a new Wanda Maximoff (Elizabeth Olsen) in Age Of Ultron.

During the key scene, Clint asks Wanda if she was ready to fight, before telling her: “If you step out that door, you are an Avenger.”

The Marvel boss explained that this first instance of mentorship from Clint beckoned the arrival of Kate.

He said: “That was the kernel of how we could connect our MCU incarnation of Clint Barton to the Matt Fraction storyline and the relationship with Kate Bishop.”

SCROLL DOWN TO WATCH THE FATEFUL MOMENT BETWEEN HAWKEYE AND WANDA 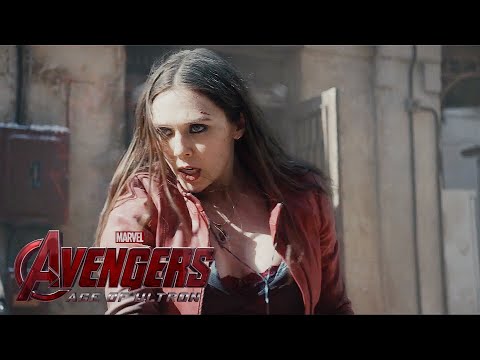 Executive producer of the show, Trinh Tran, also spoke up during a press conference about how Hawkeye was originally pitched as a two-hour movie.

She said: “It was back in 2017 when we were still filming Infinity War and Endgame.

“The early discussion was, what is the story of Clint Barton and Kate Bishop on the feature side? Then as we were sort of diving into the research and going through all the comics, there was a lot of great stuff that we absolutely love.

“So we were trying to figure out, how do we have enough time to tell Clint’s story?”

Eventually, the inception of Disney Plus came around, and it all added up for the bosses over at Marvel.

She continued: “It didn’t make sense that the two-hour timeframe was the right way to go.

“We were talking about characters going into [Disney Plus]. In speaking with Kevin, he mentioned: ‘Well, why not just allow you guys the six hours of space so that you can get deeper into the characters of these two and form that dynamic and chemistry?'”

Tran added: “So it made sense to move that over.”

The beginning of Hawkeye shows Clint suffering from post-traumatic stress disorder (PTSD) from both battling Thanos and losing his best friend, Black Widow.

In a recent interview, Jeremy explained how he will never watch Avengers Endgame again after experiencing it first hand.

He told BBC: “I saw it at the premiere. Usually I don’t, but that was just something to celebrate for all of us. Just a big… we were all laughing and weeping.

“It was a lot. It was a lot to do. I can’t, I will never watch that again. It was a very difficult experience man.”

Hawkeye is on Disney Plus now.

Spider-Man No Way Home tickets: Here’s when tickets go on sale and where to buy them

‘Unbelievably awkward!’ Johnny Depp was not happy with one Pirates of the Caribbean scene