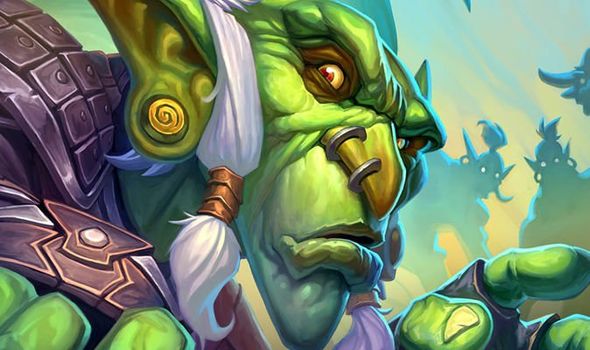 The Hearthstone Wailing Caverns release time has been set for Thursday, June 3, and is expected to drop around 10am PDT.

It should be noted that this time is based on previous expansions, and there could be a delay for gamers in regions outside of North America.

Sometimes, Hearthstone min-sets include staggered rollouts, meaning that some Wailing Caverns cards won’t be available to unlock until June 4.

The Wailing Caverns expansion will be adding new Adventurer Cards, which are 2-mana 2/2 minions, all boasting a special bonus effect.

Gamers can collect eight in total, which can be found throughout the Wailing Caverns, with Blizzard also launching a number of card tweaks for existing sets.

Some classes have gained additional Spell School support, while others have been given a deeper connection to a minion type or mechanic.

Paladins might notice some big changes with their favourite cards, with Blizzard confirming these changes in the official Caverns patch notes:

“As we move into the launch of the Wailing Caverns Mini-Set, we’re taking the opportunity to hit some of Paladin’s generic power. First Day of School and Hand of A’dal are strong performers played in all four main Paladin archetypes (Libram, Aggro, Secret, and Menagerie), and we are nerfing them in 20.4 to help other classes close the gap with Paladin.

“Another note on First Day of School: While the last balance change for this card only resulted in a mild change in power, we will still be attempting changes like it in the future.

“Our current balance philosophy is to move forward with light changes when we can, as we did when we first repositioned First Day of School, and we’ve seen great results over the past year with this approach.

“It’s important to us that players’ decks usually stay intact following balance changes, even if the power of the deck may shift down. This approach then leaves us open to make further adjustments later if we need to, like we have here.”

Battlegrounds is also receiving changes this week, with the new Hearthstone update removing Siegebreaker, and adding Mutanus the Devourer as a new hero.

Mutanus will be able to remove a friendly minion and spit its stats onto another, while also gaining 1 Gold.

Other Minions and Hero changes include the following:

Quilboar are no longer guaranteed to be in every Battlegrounds match.

Siegebreaker has been removed from Battlegrounds.

Cap’n Hoggarr’s text has been reworded to say “whenever” instead of “after” (no functional change).

Maiev Shadowsong has been temporarily removed from the Battlegrounds Hero Pool.

Previous article“I Will Be Linked With Many People”
Next articleNetflix: Netflix shows canceled and renewed in 2021