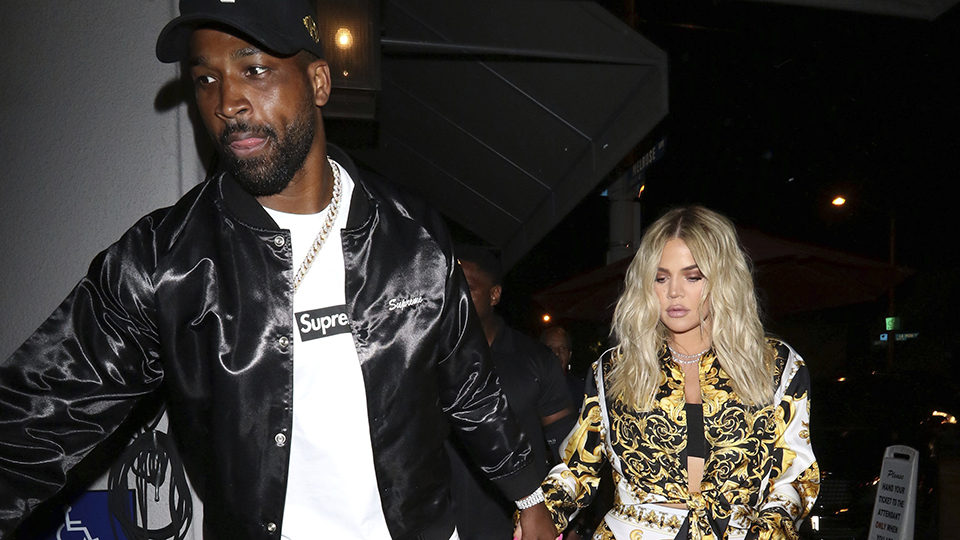 Standing by her man. Khloé Kardashian’s response to Tristan Thompson and Kimberly Alexander son rumors proves that she still has trust in her boyfriend.

A source told E! News on Wednesday, June 2, that the Keeping Up With the Kardashians star doesn’t plan to leave the Boston Celtics player anytime soon, despite the many rumors about his infidelity. “Khloé is not leaving him,” the insider said. “Khloé obviously gets upset when rumors are spread about Tristan being unfaithful, but the dust has settled a bit and they are still together.”

The source also noted that Khloé believes Tristan is “faithful” to her and that the two “are still very much a couple and Khloé is standing by Tristan.” Despite the drama, the source also revealed that Khloé and Tristan—who share 3-year-old daughter True—are still focused on having another baby, so they can have a “sibling for True.” “They are hoping to give True a baby brother, but ultimately want a healthy baby,” the insider said.

On Tuesday, June 1, Khloé’s lawyer, Lynda Goldman, sent a cease-and-desist letter to Kimberly after she posted an alleged fake DM from Khloé asking for a paternity test for Kimberly’s son. “You put words in her mouth that she never said and that she wouldn’t say. You faked the whole thing. And you have now publicly admitted it,” Khloé’s lawyer wrote in the letter, which was obtained by TMZ.

The drama started this week when Kimberly took to her Instagram Stories to post a screenshot of an alleged DM from Khloé, where the E! personality called Tristan a “liar” and asked for a paternity test. “Hey. Let’s talk. Listen at this point I really want to get this resolved. I’m not trying to drag this any longer,” the alleged message read. “How can we set up a second test and be done with this. We all know T is a liar how can we do this and put it behind us?” The screenshot also showed Khloé’s Instagram profile picture and verified blue check mark. Kimberly captioned the post with, “Sister wife now that ur exposed?? @khloekardashian I’m not the one so let’s be nice.”

According to a source for The Daily Mail, Kimberly photoshopped the screenshot to look like the DM came from Khloé when it really came from Kimberly herself. “Kimberly’s doctored it to make it look like Khloe DM’d her, but Khloe never did,” the insider said. “In fact, she has been messaging Khloe, and Khloe has not been responding to recent DMs and tags by Kimberly.” The Daily Mail also published a screenshot of Kimberly’s messages to Khloé, which shows that the alleged DM was originally written by Kimberly. The screenshot also shows several other messages that Khloé didn’t respond to, including one where Kimberly claimed to have sex tape with Tristan. “I can’t wait till the real news comes out u can’t pay off the blogs for the sextape that will be leaked,” Kimberly allegedly wrote.

TMZ reported in May 2020 that Tristan admitted to having a “one-night stand” with Kimberly during his rookie NBA season from 2011 to 2012. TMZ also reported that Tristan denies being the father of Kimberly’s child as the kid would be too young given the timeline of their hookup, which occurred before he started dating Khloé.

Previous articleFinal of the World Test Championship: Rohit Sharma, Rishabh Pant share picture on arrival in Southampton
Next articleNetflix: What is Pretty Guardian Sailor Moon Eternal The Movie about?