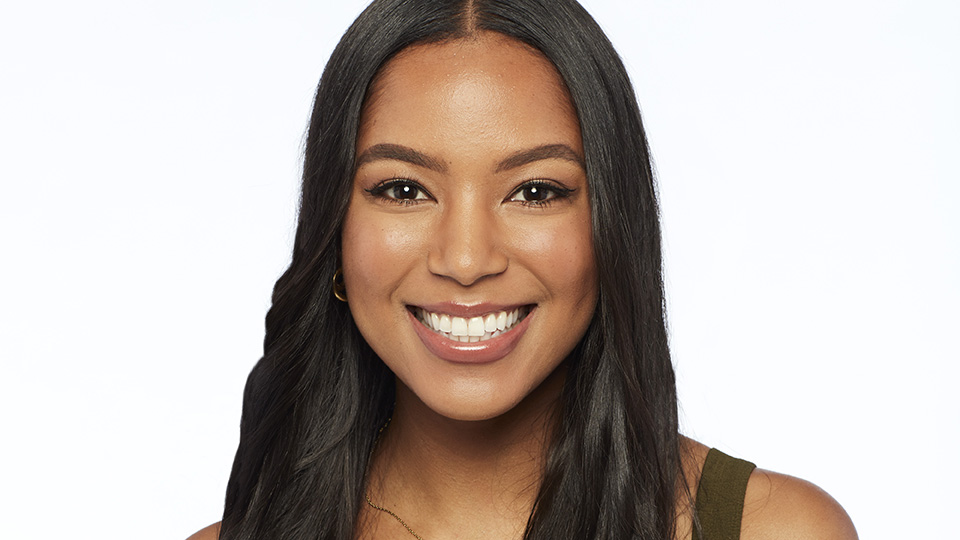 With how much screen time she received on the premiere of Matt James’ Bachelor season, fans want to know all The Bachelor 2021 spoilers about Bri Springs they can find (such as, you know, how far she makes it on the current season and if she wins.)

Bri is one of 32 contestants who met Matt, a 29-year-old real estate agent from Raleigh, North Carolina, on the Monday, January 4, premiere of The Bachelor season 25. Matt, who is the best friend and roommate of Bachelorette alum Tyler Cameron, was announced as the season 25 Bachelor in June 2020. Unlike the previous Bachelors, Matt is the first Bachelor since Brad Womack in 2011 to not be a former Bachelorette contestant. (Though he was cast for Clare Crawley’s season of The Bachelorette in 2020, he never made it on the show, as he was chosen as the Bachelor soon after.)

Matt is also the first Black Bachelor in the franchise’s 15-year-plus history. Overall, he’s the third Black lead after season 13 Bachelorette Rachel Lindsay and season 16 Bachelorette Tayshia Adams. “It’s an honor,” Matt told Good Morning America in June 2020 after he was cast. “I’m just going to lean into myself and how my mom raised me and hopefully when people invite me into their homes on Monday night they’re going to see that I’m not much different from them and they see that diverse love stories are beautiful.”

So does Bri win The Bachelor? Well, we explain that later, but, according to Reality Steve, Matt’s Bachelor 2021 winner has leaked, which made several of the show’s producers “livid.” “Everyone on the show has been reminded that they signed non-disclosure-agreements,” the source told OK! magazine in January 2021. “The show’s PR department strategically leaks information and teases each season to get publicity and viewers excited. However, the number of unauthorized leaks has gotten out of control. To have the winner leaked before the first episode even airs is terrible. Producers are livid,” the source adds. 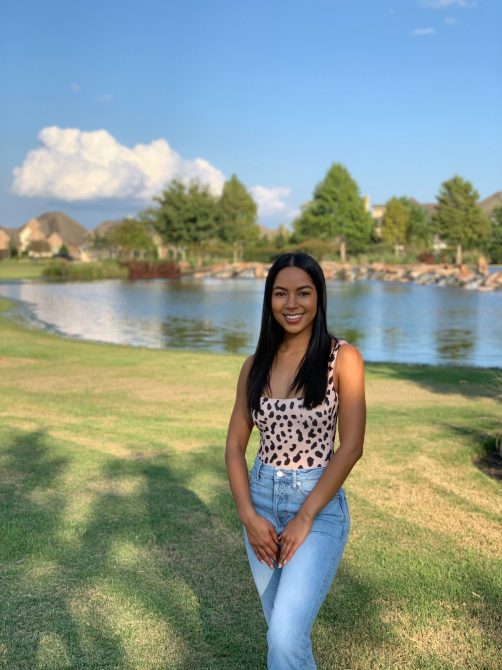 Bri is a 24-year-old from San Francisco, California. In the premiere of The Bachelor, Bri explained to Matt that she’s half-Persian and half-Black. In her Bachelor bio, Bri described herself as “laid-back” and a hard worker, a personality trait inherited from her mother and grandmother. She’s also outdoorsy, which seems to fit with Matt’s personality.

“Bri is really something special. She was raised by her mother and grandmother who made countless sacrifices to give her a fighting shot at having a successful life,” reads her Bachelor bio. “For this reason, Bri has always outworked everyone around her because she learned early on that everything in life was earned not promised. Bri now works for a high-profile social media company and is very proud of her achievements, as she should be.”

Her Bachelor bio continues, “With her professional life intact, she is ready to focus on her personal life and find the man of her dreams. Bri describes herself as very laid-back and someone who is not embarrassed easily. She says that she is always the alpha in the relationship but would love to find someone who can challenge her and keep life interesting and exciting. It’s very rare that she spends a weekend indoors and not outside hiking or hanging at the park and nearby beaches. One day, Bri hopes to have two or three kids of her own.”

– Her dream is to live in Kauai and to live the island life eating nothing but sushi, swimming in the ocean and hiking.

– Brunching is one of her favorite activities.

– Bri has two tattoos: a wave on her left wrist and another on her right rib cage that reads “thirteen” in Farsi.

What is Bri’s job?

Bri is a communications manager for a high-profile social media company. In a YouTube video about the cast, Chris Harrison described the company that Bri works for as a prominent “tech company.” “She works for a tech company,” he said. “I’m not allowed to say what tech company and I don’t want to put her job in jeopardy, but it is a big one—so much so, that she almost wasn’t on the show because she obviously didn’t want to give up this amazing job.”

It’s unclear what company Bri worked for, but fans noticed that she only posted 30 times on her Instagram before The Bachelor, so it’s unlikely the tech company was Instagram.

On the February 19 episode of The Bachelor, Bri revealed to Matt that she quit her “dream job” to stay on the show. “A few days ago, I had to resign from my position [at work] to be here,” she told Matt. “I knew that was a decision I was going to have to make, but after weighing what this journey could mean for me…I thought it was worth it.”

She continued, “When I think about my mom being a single mom and she had to make a lot of sacrifices for me to have a better life than what she had, so my work wasn’t just a job to me, it felt like a dream. But being here with you makes it feel extremely worth it.” Matt took their conversation as the reassurance he needed to meet Bri’s family. “I’ve heard all I need to hear from Bri. She’s here for me,” he told producers.

After the episode aired, Bri took to her Instagram Stories to shade Matt. She posted a photo of her on the phone with the caption, ““Me on the phone trying to get my job back.”

Does Bri win The Bachelor?

(Spoilers ahead.) After seeing Bri and Matt’s connection, fans want to know how far she makes it on The Bachelor. So does Bri win The Bachelor 2021? Sorry to say it, but she doesn’t. According to Reality Steve, Bri makes it to Hometown Dates and is a part of Matt’s final four. Though he can’t confirm when she’s eliminated, he has reason to believe that Bri goes home in fourth place, which makes her a prime candidate for the next Bachelorette. Matt’s final four are Serena P., Bri, Michelle and Rachael. His final four are eliminated in that order, which means that Bri is sent home after Fantasy Suites and Rachael is Matt’s winner. For more detailed spoilers about Matt’s winner, click here.