Hibernian vs St Johnstone: 2021 Scottish Cup final to be played behind closed 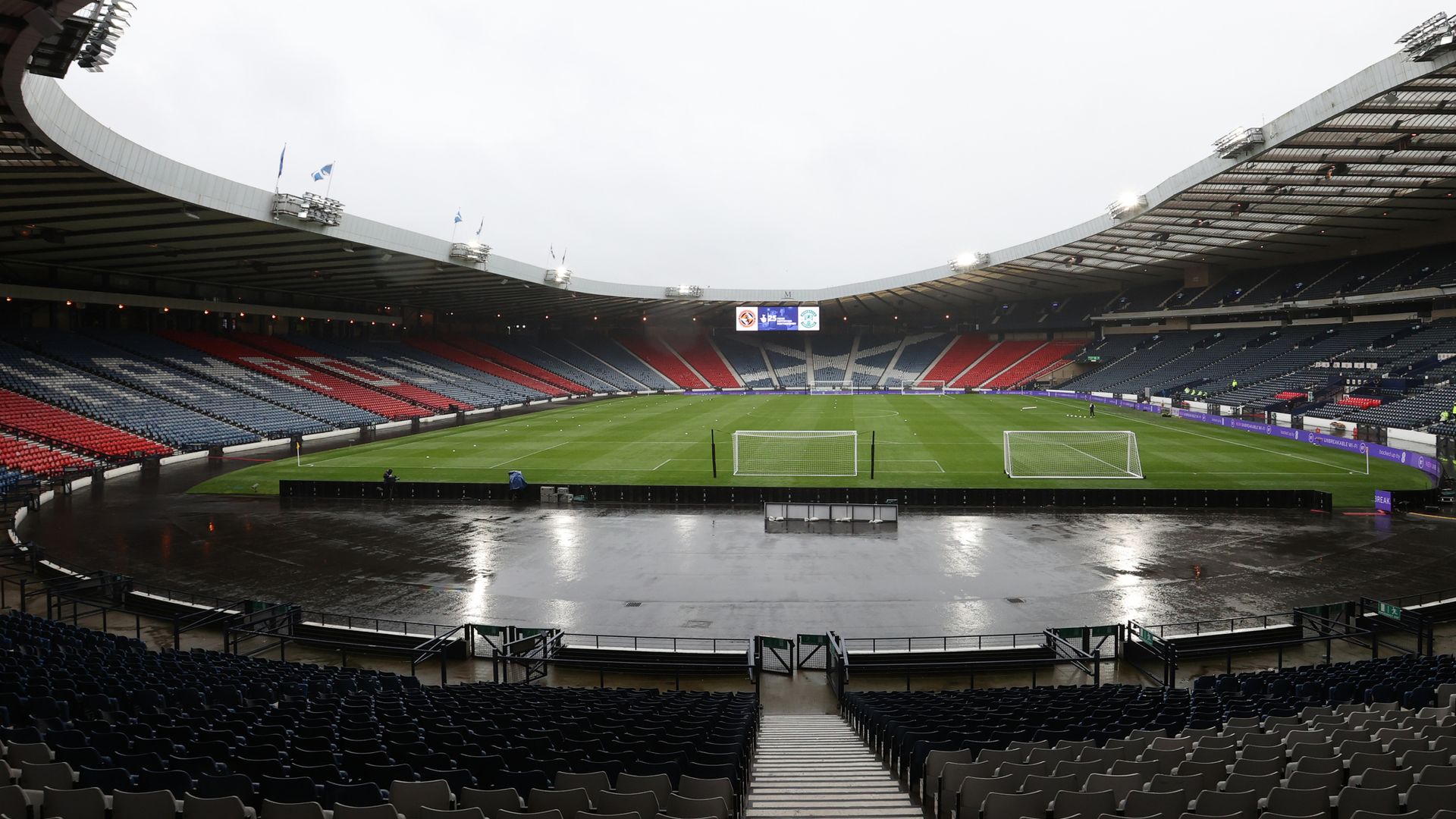 The 2021 Scottish Cup final will be played behind closed doors after further lockdown easing was postponed in Glasgow for at least a week.

Plans for a crowd of 600 for the May 22 clash between Hibernian and St Johnstone were announced on Thursday but have now been called off little over 24 hours later.

The Scottish Government announced on Friday afternoon that Glasgow would remain under Level 3 restrictions along with Moray when most of Scotland moves to Level 2 on Monday, after the city experienced a fresh surge of Covid-19 cases. The situation will be assessed after a week.

Aberdeen had previously offered to host the final to allow supporters to attend but with the game little over a week away, it appears there is no chance of it being moved.

Scotland’s national clinical director Jason Leitch told Clyde 1 Superscoreboard: “Travel in and out of Glasgow will not be permitted except for essential reasons and stadia will not be allowed to have fans in Level 3.

“So the SFA may want to move it but it’s very short notice so I’m afraid the present plan is not viable.

“We haven’t had a chance to talk to the SFA yet and officials will absolutely do that and we will offer any support we can to them.”

Hibs head coach Jack Ross earlier declared himself “baffled” by the decision to limit the crowd to 600.

The Scottish Football Association had applied for a 2,000-strong crowd after UEFA approved the entry of fans for the European Championship venue on Tuesday.

Ross could not understand the limit when 12,000 are due to attend Euro 2020 games at Hampden and the UK Government approved plans for a Wembley crowd of 21,000 for Saturday’s FA Cup final between Chelsea and Leicester.

“There’s been a lot of things over the last year-and-a-half I’ve understood, but others I’ve struggled to get my head around,” said Ross, after Hibs announced plans, now up in smoke, to give players and staff 60 tickets for family members, with the remaining 240 set aside for season-ticket holders.

“And I can’t quite understand this decision,” added Ross. “I’m sure, as always happens, that people will come out in the aftermath of anyone complaining and point out why they’re right and we’re wrong. But I do find it baffling to be honest.

“One of the reasons given was about need for the two-metre distancing outside. Now I may be mistaken – and if I am I apologise – but I think from Monday’s it’s a metre distancing required for indoor hospitality.

“Yet it’s two-metre distancing outside for the final. I’m a layman when it comes to science, but I don’t quite get that.”

Meanwhile, Ross warned Celtic that his side were also looking to provide a fitting send-off when Scott Brown makes his final appearance for the Hoops at Easter Road on Saturday.

“It’s important I pay tribute to Scott and what he’s achieved at Celtic,” Ross said. “It’s absolutely remarkable the number of trophies he’s won [22] and the contribution he’s made to his club and country too.

“From our point of view, it’s Ofir [Marciano]’s final game before he moves on to a fresh challenge, and it will be an emotional day as well, particularly given what he has contributed here.

“It’s important for us we try to give him a fitting farewell by winning the game.”

Previous articlePandemic To Be ‘Far More Deadly’ This Year, Warns WHO
Next articleTVLine Items: iCarly Sets Premiere, Accused Remake at Fox and More